Hi! My name is Ava (aw-va). I am a student at Columbia University studying Chemistry, originally from Miami, Florida. 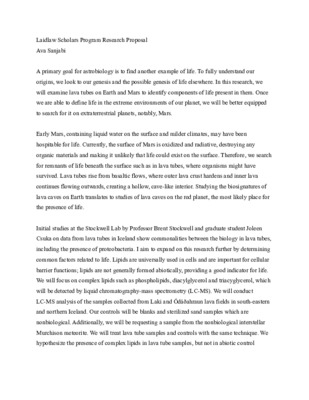 I'll begin by introducing my project: this summer, I am working with an oral historian and playwright in London to collect the oral histories of delivery workers that we will then use to write a verbatim play for the stage. I arrived in London last Friday—hard to believe I've only been here for a week! So much has happened already. In the week leading up to my departure, I attended a virtual course on writing oral history-based plays, taught by my mentor in conjunction with the Oral History Society. Tragically, these four-hour Zooms began at 4 in the morning because they were on London time. I expected it to be a bit of a torment (and did, in fact, consume an ungodly amount of coffee this particular week), but the discussions and exercises were truly so interesting that I had to pinch myself awake only once!

On Friday, my mentor picked me up from Heathrow and we drove to his house for some coffee, a delicious omelet, and our first in-person chat about the project. The original plan had been for my mentor to get started on collecting oral histories two or so months before my arrival, but he elaborated now on his earlier email to me calling this the most difficult project of his forty-year career. The main problem, he explained, was that the interviewees simply weren't turning up. He'd set a time and place with fourteen different delivery workers—only one had showed up. Others had declined from the get-go. Part of this had to do with the nature of delivery work itself: because it's a gig-based job, every hour of the day we requested from them was an hour they lost of potential gigs. Even if the delivery worker was willing to make this trade, their schedule was so unpredictable that they often couldn't make the time they'd committed to when the day actually arrived. The other major component, though, was that the delivery workers my mentor approached simply didn't trust him. My mentor is white, in his 70s, and sounds like the Cambridge-educated man he is. Most of the people we want to interview are of color, immigrants (some likely undocumented), and perhaps not fluent in English. As my mentor put it, they see him as a face of "the establishment." My mentor explained, then, that I might be part of the solution, which excited me because it truly means this project is a partnership: I am the mentee, yes, but I also have skills, advantages, and insights that are distinctly my own to offer.

On Tuesday, I attended another course, this one full-day and in-person at the British Library, also taught by my mentor. (I'd quickly like to add that I was the only university student in both this course and last week's, which has actually been a privilege because I got to meet professionals from various fields who all want to incorporate oral history into their work and, incidentally, were eager to meet the one young person in the room!) This course gave me a broader introduction to the oral history discipline as a whole and, more pertinently, made me realize that interviewing for this project was going to be far more difficult than I'd expected. I developed the suspicion (and indeed, had this suspicion confirmed when I interviewed my mentor for practice the next day) that my experience in journalism wasn't necessarily an asset—in fact, it could even be seen as a burden because I now had to unlearn all the journalistic interviewing habits I'd picked up over four years. (Who would've thought oral history interviewing was so disparate a practice?) Still, learning about the unique technical and ethnical intricacies of oral history has already been just as fascinating as I'd hoped it would be when I first cold-emailed my mentor about working with him, and I couldn't be more thrilled to see how the rest of the summer unfolds. My last update of the week is that I finally got the green light to go out and scout interviewees of my own, so I walked around an unofficial delivery worker rest spot near the Stratford Westfield mall today and was able to schedule five interviews for Monday. I did jot down phone numbers so I'm planning to call each interviewee the night before to confirm, but only time will tell if the story turns out differently for me than it has for my mentor.

Final note: I am actually working on my project for ten weeks, all the way through to the end of July. Since I have more time I'll be spacing out my posts a bit more, so bear with me if I skip a week or two—I haven't forgotten!

Your oral history project sounds like such an intriguing topic; I am glad you are coming up with ways to overcome the challenges of arranging meeting times. I hope you have better luck with interviewees, as you can bring a fresh perspective into the situation. Perhaps, you could try having discussions over meals? Instead of taking from potential gig time, you could use the fact that everyone has to eat to your advantage!

Week 2: If you are doing a leadership-in-action or community engagement project, how do you interact with community members, and what kind of conversations are you having? How do you connect with this community of people, and what common cause do you find?

So far, I have been a fly on the wall. The workshops I have observed are led by patients, with clinical and medical professionals present to moderate and answer questions if asked. That said, since the workshops focus on patient's daily lives and emotional experience, the medical professionals also don't speak often. My interaction involves introducing myself at the beginning of the workshop, explaining that I'm a student hoping to start a similar program in New York, and thanking the patients for allowing me to be there. We connect with each other by sharing about our families, hobbies, and passions in our introductions, and after the workshop, I talk with parents about what books they've been reading recently or their favorite vacation. Our common cause is creating a space for solidarity and support: the parents in this lesson for workshop leaders will go on to create their own support groups in different cities across Spain, and each aims to make the process easier for other parents than it was for them. These parents are rockstars. They are strong, positive, and radically open and genuine. I appreciate their openness, and I try my best to reciprocate their energy (usually through body language/giving signals of active listening).

I love the way you are learning from example! By first observing the patient, professional, and parent interactions, I think you are able to gain a greater understanding of the dynamics so you can apply them in NYC. Excited to hear more about your project.

The engagement of different communities in my research is applicable both to the topics as well as to the outreach component. Within planetary research, it is necessary for people from different nations and backgrounds to come together to build technology and come to conclusions that push the field forward. In terms of outreach, this week I had my first virtual lesson with a primary school in Miami. Many of the students came from low income backgrounds, and/or speak english as a second language. Having a diverse group of students for my first community interactions was helpful in developing my outreach methodology for future classes. I have to adapt to different kinds of questions and break down the science into very simple concepts.

I can find myself coming through my research very literally, since my name is Ava and focus on life in lava tubes. But more importantly, I see myself come through in my outreach and my day to day endeavors. The focus of my outreach is that everyone is capable of doing similar studies, with the right tools; to emphasize this, I think it is important for me to be physically and conceptually present in my project.

My project this summer involves working at the DLR (German Aerospace Center) in Berlin; through my work here, I am executing a scientific outreach plan to emphasize the importance of space research, and all the ways to get involved. Last summer, I worked purely in a laboratory setting, conducting astrobiology research regarding biosignatures (signs of life on other planets). This summer, I bring with me all of the things I learned and can put them into practice. I will be involved in a field expedition in Vulcano, Italy, where I will work with other researchers, and present findings from my last summer to university students. Additionally, I will be documenting the day-to-day on social media, to reach a broader audience.

There is a feeling of wanting to do something totally new and innovative in the scientific community. As researchers, I think the only way to avoid saying something that has already been said is to actively communicate with other researchers in the field. Through exposure to the European astrobiology community, I discovered a project that was very similar to a separate project proposal I was writing. To get around the issue of saying something that has been said, I had to come up with a proposal to fill in gaps and supplement the work that is already being done. Research should go beyond insecurities; if we can communicate, we can make better use of resources and broaden our understanding of the world, instead of hyper-focusing on one aspect of a field.