Join us for another episode of the Extraordinary Leaders series on Thursday, June 23rd, 2pm BST!

If you have ever practised a sport for hours and lost the big game, or felt prepared for a final exam and flunked it, you understand how difficult it is to perform under pressure. But why is it so difficult, and why do we often fail when the stakes are highest?

Sian Beilock, the president of Barnard College and one of the world’s leading experts on the brain science behind “choking under pressure,” explores how we can perform our best even under stressful circumstances.

Join us on Thursday, June 23rd, at 2pm BST to discover the factors that cause us to choke, from internal overanalysis to external environmental influences, emphasising the success of women and girls in math and science. We will discuss:

Sian Beilock serves as the eighth President of Barnard College at Columbia University. One of the most selective academic institutions in the United States, Barnard College is devoted to empowering exceptional women to change the world and the way we think about it.

Prior to her appointment as President in 2017, Beilock served at the University of Chicago as Executive Vice Provost, an Officer of the University, and the Stella M. Rowley Professor of Psychology.

Beilock is one of the world’s leading experts on the brain science behind “choking under pressure” and the factors influencing all types of performance, from business to education to sports. She is the author of the critically acclaimed Choke and How The Body Knows Its Mind, which have been published in over a dozen languages. Her 2018 TED Talk has been viewed over 2.5 million times and her research has been featured globally in media outlets such as the Wall Street Journal, Time Magazine, CNN, the Washington Post and The New York Times. She has won eight major awards from national and international societies devoted to psychology, sport psychology, and education, including the 2017 Troland Award from the National Academy of Sciences.

President Beilock works with educators, business leaders, athletic coaches and those involved in public policy. She has given talks, workshops and advised some of the world’s leading companies and government organizations on how to cultivate optimal performance—especially when the stakes are highest. 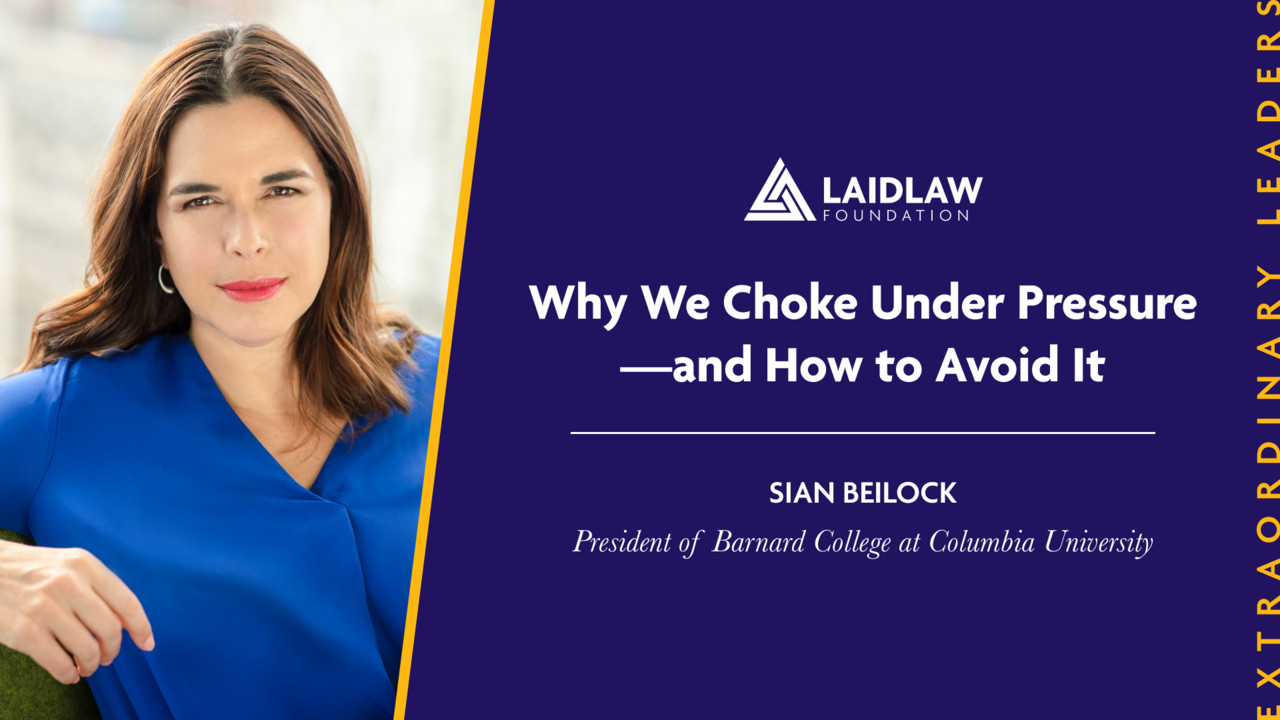 Sian Beilock, president of Barnard College, discusses how people can perform at their best under pressure.