Williamsburg to Laidlaw: The Journey of an Aspiring Historian

When I was eight years old, my parents took me to colonial Williamsburg in Virginia. Williamsburg is a full-scale re-creation of an early American colonial village, complete with a courthouse, governor’s mansion, church, trade shops, taverns, and my personal favourite, a theatre which put on shows from the 18th century. From the moment I stepped foot in the town, I was hooked on history. I started telling anyone who would listen that I wanted to be a historian. Sometimes a curious friend would ask me what exactly historians do. I would roll my eyes and say, “study history of course.” In reality, I had no concept of what a historian does or the skills that would be important for my success. Even when I arrived at university, ready to take every history class offered, the only thing I really knew about my future career was that it involved researching history, an answer not very different from the one I had given to those curious eight-year-olds, who were baffled by my career choice. As my university career progressed, I realized that a historian was a very broad term. What I really wanted was to be a professor, so I could conduct my own research while sharing my love of the subject with the next generation. Still the question remained, what does historical research really look like? Sure, I had written handfuls of small research essays for my degree, but I knew that the week-long research process to write these essays was very different from a full-scale project. It was not until Laidlaw that I really understood what a research project entails, and what skills I needed to be successful.

I learned my first lesson during the application process. I decided early on that I wanted to design my own research project. I have always been fascinated by women in positions of power in early-modern society, so I decided I would study the presentation choices of the Queens of Henry VIII. When I pitched my idea to my father, the first question he asked was “so what?” I was taken aback at first, what did he mean, “so what?” Was he questioning the validity of my proposal? Did he think it was stupid? He saw my defensive stance and explained that to pitch a project, I would have to explain why that research was important. How would my project contribute to the field in a larger sense? That is when I realized that my research could not just be a passion project. I could not justify my research to someone just by saying, “I really want to do this, so I am.” It was not hard to find the purpose behind my research. Gender history is an ever-expanding field, and many early-modern women have been ignored under the assumption that women had no political power. I wanted to challenge this assumption through my research, and prove that women had political power - it just had to be exercised in non-traditional ways. Equipped with purpose, I was ready to submit my application and start the research journey.

The next thing I realized about being a researcher is that flexibility is key. In March, coronavirus hit the UK and before I knew it, I was back in the United States with no hope of coming back to complete my research in St. Andrews. At first, I panicked. My research required access to the London archives which was now an impossibility. The whole project would have to be redesigned Heartbroken, I was sure that my chance at legitimate historical research had been dashed. After my dramatics, I did some thinking and realized I could switch gears slightly and look at how our modern conceptions of the Queens of Henry VIII had been shaped by popular media over the centuries. The project still allowed me to focus on gender history, examining how, throughout the centuries, ideals of what constituted a “good woman” shaped the conceptions we have now of these queens. With a new project and a new purpose, I attacked the re-design of my project with vigour. The lesson was clear, one roadblock, no matter how big, is never the end.

Throughout my research, I’ve learned invaluable lessons on what my future career might actually look like. I’ve organized massive amounts of information from the 70 some sources I’ve analysed for the project. Keeping a daily log of what I read/viewed, the purpose of each piece of research, and the additional sources found within those articles has been integral to cataloguing my volumes of information. Taking the time once a week to take stock of all that I had accomplished within that week was hugely important. Not only did it allow me to evaluate where I was in the project, but it was extremely motivating to see how much I’d accomplished each week. Having said all that, perhaps the most important lesson I’ve learned, is how much self-leadership is crucial to success in my future career.

When you are conducting research on your own, there is no one to keep you motivated and on task, but you. When we took our DISC profile test, I found that my leadership type is CD (conscious and dominant). This means that I have a tendency to be very goal oriented, and I become fully engrossed in my tasks, not stopping until they are finished. In a five-week research project, however, doing everything at once is impossible. I’ve had to learn to be generous with myself. For me, this meant setting a time of day which I would not work past, or I would have worked straight through until the project was done. I’ve also learned that I have to set short-term goals for myself in my research. Otherwise, I am never pleased with the end result, because I will always think that I could have done more. These self-leadership skills are undoubtably the most important take-aways from my Laidlaw internship. I will be forever grateful for this time and experience, which I believe will be integral to my success as a historian.

Back to Arts & Humanities
Next

Meaning in Gibberish: In Defence of Deep Bullshit 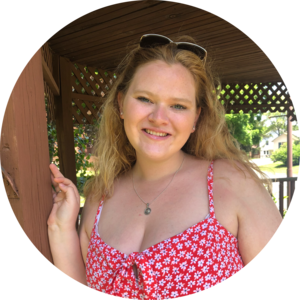 I am a current undergraduate student at St. Andrews University and am part of the 2020/2021 Laidlaw cohort. I am a history and international relations joint honours student at the university. I am extremely passionate about historical research, especially early modern gender studies and intellectual history. My interest in international relations lies in decolonial studies and activism, as well as the burgeoning field of feminist research. My research project for the summer of 2020 is a study of the representation of the wives of Henry VIII in popular media. I hope to explicate both the modern influence in these representations, as well as tracing the historical mythos surrounding these women by examining similarities to much older popular media about these Queens.
Follow

I enjoyed reading this a lot! I'm also a CD doing a history project and working with popular media; I admire your organisation with your sources (I unfortunately cannot say the same). I love that you've found both passion and purpose in your work - sounds like the perfect recipe!

Does popular culture serve to divide or unite peoples and societies?

‘The Curse of Living in Interesting Times’, Historical Materialism, and the Synod of Brefi

Reflections on the need for historians to reflect on their own historical materialism.

Geraint
It's Possible To Commit No Mistakes And Still Lose
Film Leadership
Leadership, Leadership Quote of the Week

Help me to deliver a meaningful impact.