World Space Week is a UN-declared celebration of space held annually and the largest space event on Earth. This year, World Space Week is dedicated to the theme of "Women in Space," aiming to inspire the next generation of women in STEM and highlight the accomplishments and contributions of women to the space sector.

Today, we join in celebrating women in space.

Kalpana Chawla (1962-2003) was an Indian-American astronaut and engineer, and the first woman of Indian origin to go to space. Her first space mission took place in 1997, where she served as a mission specialist and primary robotic arm operator on the Space Shuttle Columbia.

On her second flight, she sadly died when the Space Shuttle Columbia disintegrated upon its re-entry into the Earth's atmosphere. She was posthumously awarded the Congressional Space Medal of Honor, the NASA Space Flight Medal, and the NASA Distinguished Service Medal.

⚡ Gitanjali Rao: "While solving problems, you will continue to encounter failures. Accept them, but persist with the problem. Do not give up, and always remember the bigger goal of making a difference." 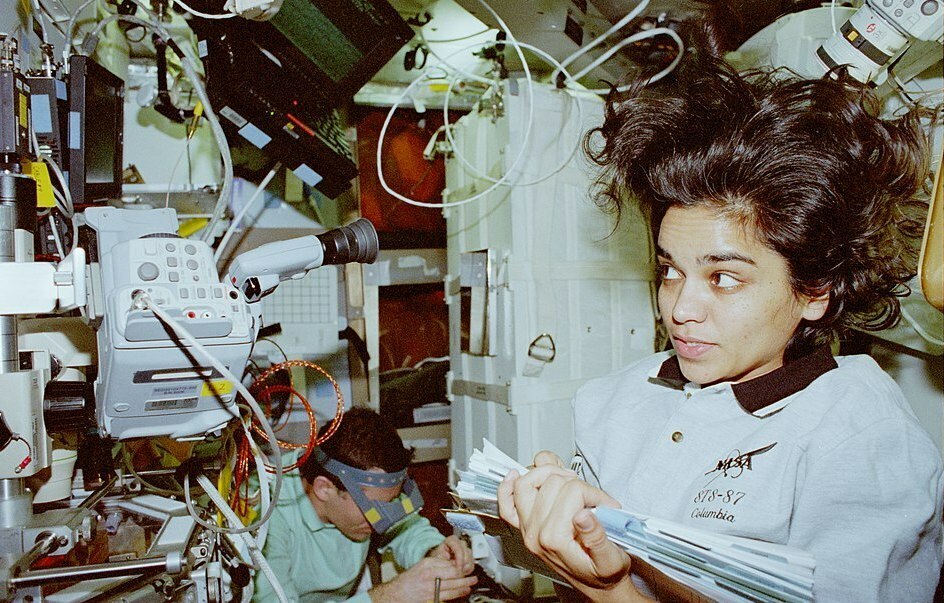 Kalpana Chawla: "The path from dreams to success does exist. May you have the vision to find it, the courage to get on to it, and the perseverance to follow it."