The Most Damaging Phrase In The Language 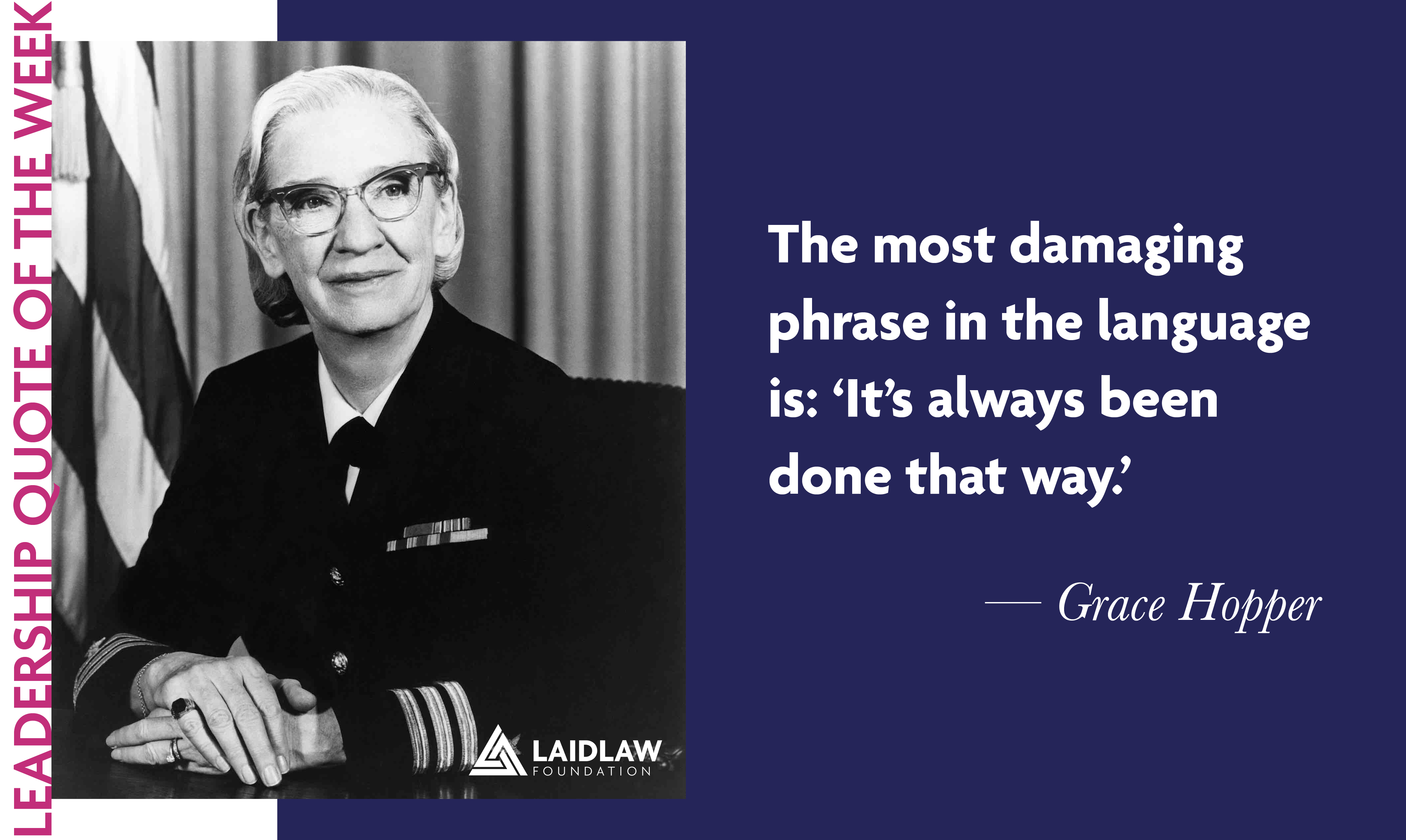 "The most damaging phrase in the language is: "It's always been done that way'"

Grace Hopper (1906-1992) was an American mathematician and rear admiral in the U.S. Navy. She was a pioneer in developing computer technology, helping to devise the first commercial electronic computer. Prior to joining the Navy, Hopper earned a Ph.D. in mathematics from Yale University and was a professor of mathematics at Vassar College.

In 1991, she received the National Medal of Technology, and in 1994 she was inducted into the National Women's Hall of Fame. On November 22, 2016, she was posthumously awarded the Presidential Medal of Freedom by President Barack Obama.

Technique and Ability Alone Do Not Get You To The Top
Leadership
Leadership, Leadership Quote of the Week

+1
Brandon Yu and 1 other
Laidlaw Scholars Network
We use cookies to help improve your experience. By continuing to browse our website you are consenting to our use of cookies.
Learn more