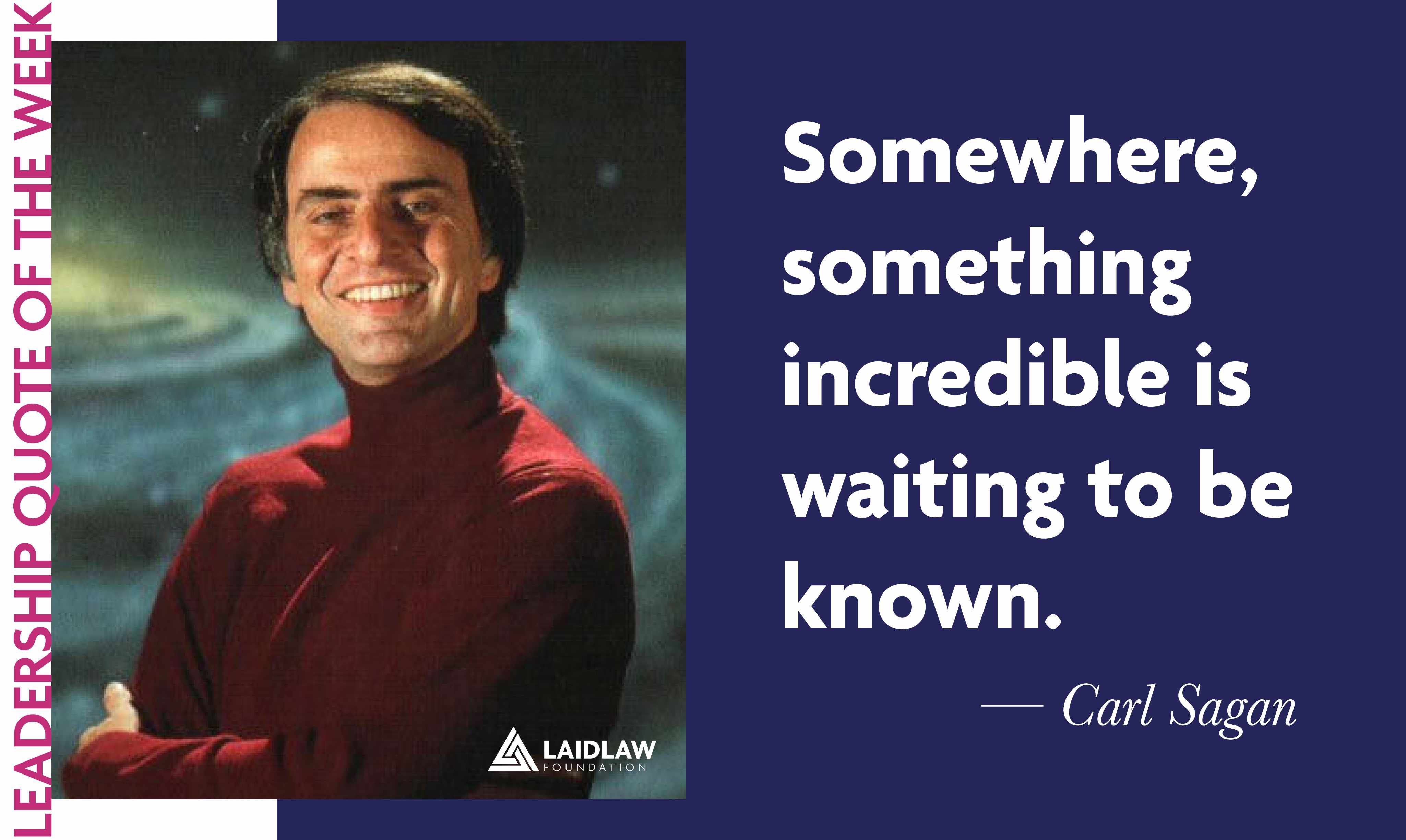 "Somewhere, something incredible is waiting to be known."

His best known scientific contribution is research on extraterrestrial life, including the experimental demonstration of producing amino acids and nucleic acids—the building blocks of life—by exposing a mixture of simple chemicals to ultraviolet radiation. Sagan codesigned the messages from Earth that were attached to the Pioneer and Voyager probes that were launched out of the solar system - universal messages that could potentially be understood by any extraterrestrial intelligence that might find them.

Along with his scientific contributions, Sagan was known as a spokesperson of science and a populariser of astronomy. He invested much of his career into improving public understanding of science, with publications such as the famed television series Cosmos, and the accompanying book of the same title, which became a best seller.

Sagan received numerous awards and honours, including the NASA Distinguished Public Service Medal, the National Academy of Sciences Public Welfare Medal, the Pulitzer Prize for General Non-Fiction for his book The Dragons of Eden, and, regarding Cosmos: A Personal Voyage, two Emmy Awards, the Peabody Award, and the Hugo Award.

Never Compromise On Yourself or Your Beliefs
Leadership
Leadership, Leadership Quote of the Week

Never Compromise On Yourself or Your Beliefs

Nikol Chen (she/her)
You Had a Purpose Before Anyone Had an Opinion
Leadership
Leadership, Leadership Quote of the Week

You Had a Purpose Before Anyone Had an Opinion

Amnesty International UK's Festival of Children's Rights: join us for an inspirational and energising weekend of activism!