For my research project, I have been working on generalizing code which can model the Non-Markovian dynamics of multiple open quantum systems using mean field theory. If you feel confused by what all of that means, you’re in good company...
Joel Beckles
Undergraduate Student, University of St Andrews
Follow
Liked by Celina O'Connor (she/her) and 6 others

For my research project, I have been working on generalizing code which can model the Non-Markovian dynamics of multiple open quantum systems using mean field theory. If you feel confused by what all of that means, you’re in good company – I am almost four weeks into my research internship and am still trying to make sense of it all.

Over the past few weeks, I have been encountering a vast amount of new information riddled with specialist physics terminology, daunting mathematical expressions and complex code.  Especially for a project which is hard to relate to familiar concepts from everyday life, this has at times been overwhelming. However, I do think that these challenges are all part of what can make research an exciting and rewarding experience overall.

In this blog, I will reflect briefly on some key points which I think have been useful for keeping me afloat within a sea of academically intimidating work.

Although I have been studying Physics at university level for just about two years now, plain old common sense has arguably played an even larger role than my prior studies thus far. Especially when programming, I would often take a step back to ask myself – “Does what I’m writing here actually make sense?” The work I am doing involves modelling Physics with code. However, it has been easy at times to fall into the trap of writing lines of code without seeing the bigger picture. Due to the nature of my work, I was unable to execute any of my code for the first three weeks of my project. Without being able to concretely verify what I was writing for so long, I often found it valuable to have the occasional sanity check by making sure I knew what my variables corresponded to physically.

I have undoubtedly learned a lot from my time doing this internship thus far. However, I know that there is still so much I do not know about quantum physics. As much as I would like to spend a lot of time trying to “speedrun” three years’ worth of physics modules, I have to be reasonable about how much I can learn in the span of six weeks. In that regard, I have found it useful to let the required output (my code) guide what I choose to study, rather than the other way around.

Read (even when it doesn’t all make sense)

I have found reading the relevant academic literature surrounding the ideas of open quantum systems quite useful. As obvious as it sounds that reading would help my understanding of a topic, it can be quite the struggle for me to get over the deterrent of fear-inducing equations and jargon-heavy discussions. There are times at which it seems pointless to continue trudging on through relevant literature when I can only understand a small fraction of what I am reading. However, over the weeks, I have noticed my intuition behind the use of certain concepts in Physics improving. Can I now write the Lindblad master equation for the evolution of a quantum system? Absolutely not. But I can perhaps now explain why such an equation might be useful. Even if it isn’t immediately obvious, there is a lot of knowledge that has rubbed off on me.

Whether it is asking my supervisor or one of his colleagues to clarify a concept I don’t understand, asking myself if I understand what I’m doing, or asking Google why my code won’t work, asking questions has been invaluable. In addition to the helpful answers I generally receive, I have found the mere process of formulating questions useful in narrowing in on what I really don’t understand.

From debugging errors to tracking down definitions of obscure terms mentioned casually by authors in an academic paper, patience has been key to me remaining focused. Keeping a calm, methodical approach to my work despite the frustrations I encounter has almost always been the best strategy.

Ask More Questions (even the “silly” ones)

Yes, I found this one important enough to appear twice. There are some questions which I think I really should know the answer to, but am simply not sure. I have sometimes felt the pressure to leave only the “professional-sounding” questions to my supervisor and his colleagues, and to attempt to figure the others out on my own. However, I realize now that it is often not knowing the answers to these “silly” questions which keeps me back the most. Having the courage to get my “stupid” questions out of the way early is something I still think I can improve on.

Relax – and Talk to Friends

Perhaps the biggest difference between my research and my regular academic studies is my improved social life. Unlike during semester time, I have had a lot more time to simply relax at home in the evenings or go out with friends. Being able to communicate regularly with fellow interns – especially Laidlaw scholars – has made me feel much less stressed about my research struggles. The more I talk with other scholars the more I realize that many of our struggles are similar. This has made my research experience feel much less isolating than I think it otherwise could have. I think that being able to regularly unwind from a good day’s work has ultimately been improving my quality of research.

I would like to thank my supervisor Dr. Jonathan Keeling, as well as Piper Fowler-Wright and Dr. Brendon-Lovett for their academic support thus far. Additionally, I would also like to thank all the summer interns I have befriended over the summer for making my research an overall enjoyable experience.

I am a Physics student at the University of St Andrews excited about theoretical physics and its applications to industry. I quite like programming as well, and seeing where code can be used to model physics. I also have an interest in improving the speed with which the latest scientific developments can be implemented into humanitarian aid.

Project Proposal - Striking the social balance: Analysing the societal impact the implementation of FinTech can have on Community Development Financial Institutions 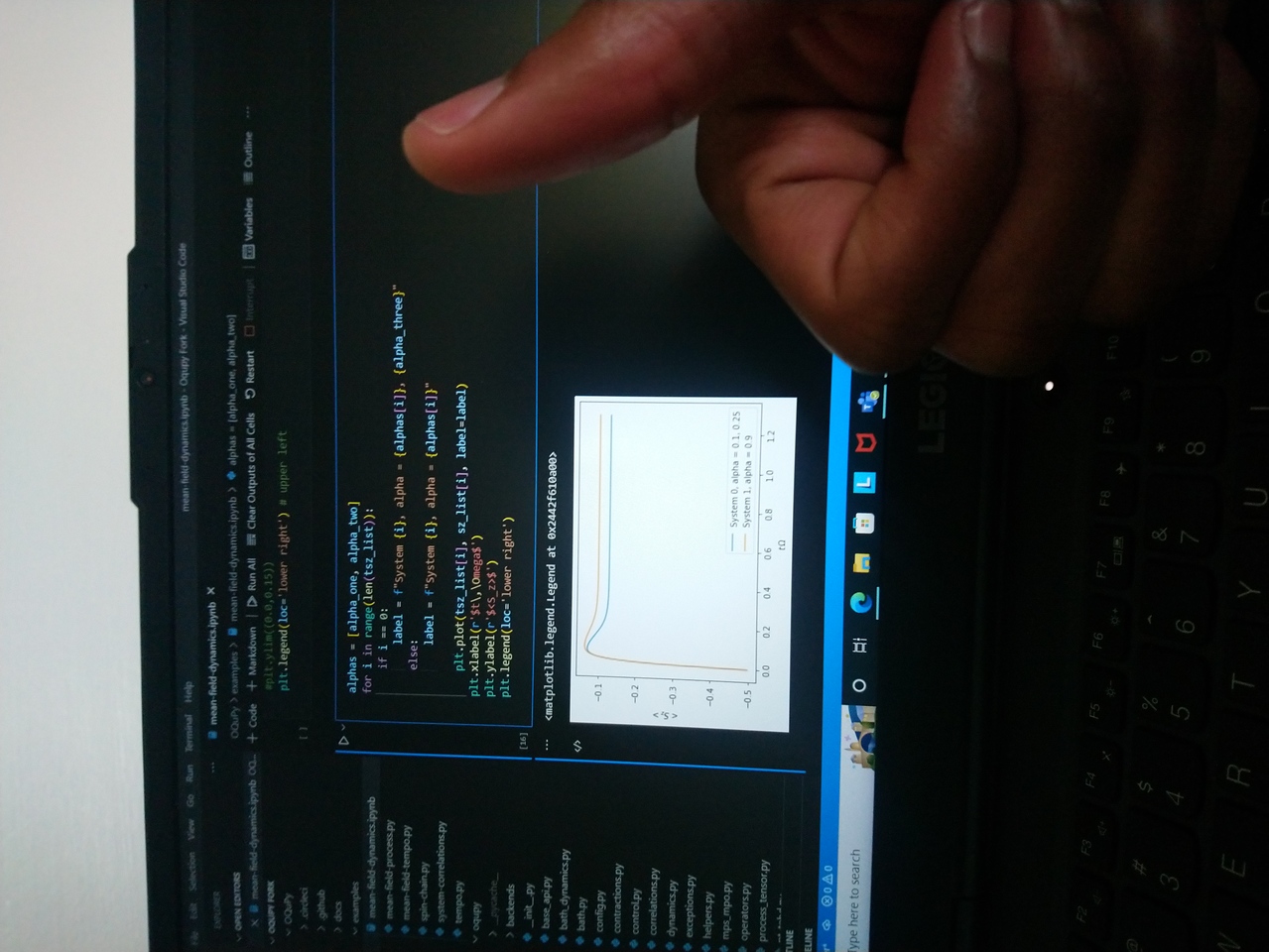