As Pride Month draws to a close, we collect some comments from Laidlaw Scholars conducting research on issues affecting the LGBT+ community and examine how their research can help make a real-world difference. 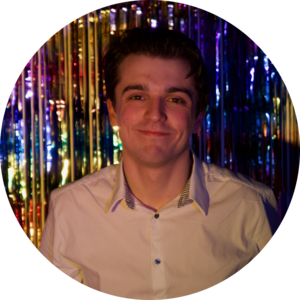 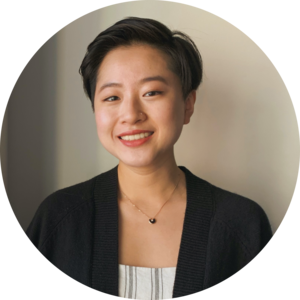 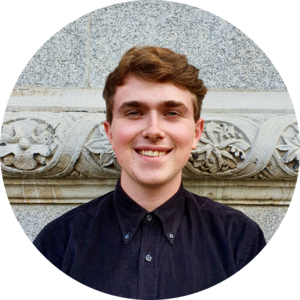 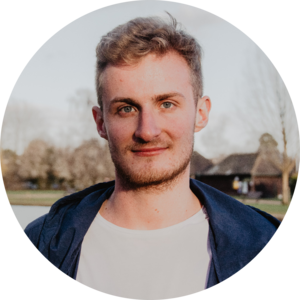 As Pride Month draws to a close, it's important for us to reflect on the issues faced by LGBT+ individuals in the world today – as well as to think about the ways in which our research can have a substantive social impact. It's important that, not just as Laidlaw Scholars but as young, moral, aspiring leaders and socially responsible global citizens, we engage with the ways in which our research can contribute to making the world a better place; this is true as much for research in the arts and humanities as for that in medicine or chemistry. Whether by furthering our understanding of experiences in the community by documenting voices that might otherwise go unheard, or examining more tangible issues like the memorialisation of LGBT+ history, our research has the potential to change the world for the better, even in incremental ways.

In this post, four scholars whose research deals with the issues facing LGBT+ individuals in today's world discuss their motivations and how they hope their research can make a real-world difference.

I am excited to be conducting my first period of research this summer through the method of an online survey and potentially a focus group. My supervisor and I plan to publish these results in an academic journal. In addition, to ensure the knowledge gained from the research is accessible to the transgender community it intends to benefit, I will publish videos discussing the research online and would also like to offer a zoom workshop for live discussion of the research.

Why I chose my research topic:

When I applied for the Laidlaw Scholars Program, I wanted to propose a research project in an area that I’m passionate about but have not yet had the chance to study academically. I have been interested in the advocacy of LGBTQ+ rights in different parts of the world, and I decided to narrow down my research to the LGBTQ+ community in China because LGBTQ+ issues are not usually openly discussed in the country due to political, social, and legal constraints. I wanted to take the time to listen, see, and understand the stigmas and difficulties endured by Chinese people who identify as LGBTQ+ to live openly and truthfully and how they have responded to these challenges.

Why I think my research is important:

LGBTQ+ identifying citizens in China lack adequate rights and protection to live openly with their gender and sexual identities; however, there are many organizations and individuals forming communities to encourage people to embrace their LGBTQ+ identities and live authentically. This research is important because not only does it highlight the complications of LGBTQ+ life in China, it also gives voice to the LGBTQ+ community in China to share their stories when they are often silenced by media and social norms. On top of that, this research can be a platform to translate the social and political conditions of LGBTQ+ identities across cultures, inviting interested academics, scholars, and advocates around the world to take part in learning about this issue.

What real-world impact could my research have?

I hope my research will contribute to an understanding of the lives and struggles of LGBTQ+ communities in China for others interested in the topic. Also, the research can provide a theoretical insight into how LGBTQ+ communities persist under political and social pressure and present practical strategies that could be helpful for LGBTQ+  communities in other parts of the world who face similar challenges.

I chose my Laidlaw research project after reading Tony Kushner's Angels in America for a module on American Identities in the first term of my Senior Freshman year in Trinity College. After reading the play, I was struck by the portrayal of its queer characters. Angels is set during the AIDS Crisis, a time when gay people were conveyed as one unified body. Reading this piece, I was struck by  Kushner’s attempts to work against this. Within Angels in America, voice is extremely important to the characters on an individual level. Throughout the course of the drama, their individual voices and values are expressed against the backdrop of what the world dictates them to be. Queer people in the play fight against the homogenous unity which is enforced by a heteronormative society, consciously and subconsciously. I wanted to explore this due to the fascinating possibilities that come from studying the explosion of a previously united idea of ‘queerness’ in a play written with a political agenda.

The idea behind what my project examines is really important to me. In 21st century society, being a member of the LGBTQIA community is still stigmatised. We hear talk of "the gays" and cultural values held by this one subset of people. The world Kushner portrays is not alien to us, and is not limited by time or geographical location. Quite often, individual voice and identity is lost in the midst of the voice of an entire community. Angels in America works towards breaking down the unified identity enforced by society to show how queer people are more than their sexuality. In 2020, this is still something members of our community fight against. One play worked towards changing an entire society's idea of gay people and highlighting acceptance. My research is crucial to me for helping people understand the role literature can have in driving change in society.

I want my research to have a solid impact in demonstrating to everyone that literature is more than just words on a page. At its heart, it captures human emotion, feeling and thought in an unabridged fashion. Every piece of work is individual, and Queer Literature and Theory attests to this. Plays like Angels in America are performative, a feature many attributed to sexuality and identity. This performance defies how society expected people to behave. By focusing on the real world ramifications of literary depictions, I want my work with Laidlaw to mark the importance of acceptance and individual expression of identity set against the limits of expectation.

I come from Slovenia, where LGBT+ populations are still denied full participation in a relatively conservative public space. Having a political activist background, I felt really empowered when becoming a Laidlaw scholar in Leeds, whereby I transformed my passion for LGBT+ activism to examining the LGBT+ sector within an academic context. I joined the ‘Queer Memorials’ research project led by Dr Martin Zebracki. This is the first international research project that thoroughly examines the role of sexuality in public spaces through memorials and related issues of the representation of social diversity and processes of social inclusion and exclusion.

This project is crucial in the current era of populism. It is very relevant given the tense experiences that LGBT+ populations are facing across the life course and geographical contexts, including the project locality of Warsaw where a ‘queer memorial’ was burnt down by far-right nationalist and Catholic groups. In my research, I focused especially on everyday engagement with the Homomonument, the LGBT+ dedicated monument in Amsterdam. Besides the standard data collection, the methodology incorporates self-reflective queer approach, which tries to ‘capture’ our experience at the monument, which follows the notion that a geographer must engage in participatory practices rather than solely observing the ‘geos’ with their ‘gaze’.

Everyday social interactions with queer monuments are critical in understanding spatial dynamics of the LGBT+ individuals. In the case of Amsterdam, the ways in which the Homomonument is constructed in space is particularly relevant because of its status as a ‘living’ monument. Consequently, understanding public engagement is important, as it is fundamental to the conceptualisation of the monument itself.

In general, this research will help us understand how the Homomonument affects the urban experience, and what is its capacity to ‘claim and create inclusive/exclusive spaces’. More significantly, the approach and research focus of this projects significantly expands the understanding of ‘what even is geography’. The latter deserves the queer component that radically changes the perspective on how our spaces are constructed and experienced. By examining the LGBT+ dedicated public art and places of memorialisation, I believe our research significantly challenges heteronormative spaces in our cities. Moreover, backed with our findings, we suggest that the participatory LGBT+ art should be practiced more widely in order to tackle inequalities within the LGBT+ community. Art unites!

Final-year Durham student studying Politics; President of Durham Laidlaw Scholars' Organisation; Incoming ESRC-funded MA-PhD student in NINE DTP. My research so far has covered ideological identity in left-wing student activism, examining the interplay of social movement theory and the philosophy of identity, and my general research interests include citizenship education, democratic theory and the occasional bit of political anthropology. Outside of my studies it's mainly twentieth-century literature, cocktails and cooking!

Brilliant and incredibly important research projects! Thank you Jude, Shane, Jiamin, and Tilen, and thank you James for bringing everyone together!

I really enjoyed reading about all of these projects! Can't wait to see them come to fruition!

+1
Nikol Chen (she/her) and 1 other
Lead From The Back — And Let Others Believe They Are In Front
Leadership
Leadership, Leadership Quote of the Week

+1
Nikol Chen (she/her) and 1 other
Believe That the World is Worth Your Sacrifices
Architecture Leadership
Leadership, Leadership Quote of the Week