Happy International Women's Month! Laidlaw Women in Business scholars began celebrating last week at the London Business School EQUALL conference. The conference theme was "Rising Tides," highlighting the opportunity that exists when women empower one another. As we continue to think about Rising Tides, Laidlaw alumna and President of the Laidlaw Alumni Society (East Asia Chapter) Richita Kudlamath has selected a quote from business icon Indra Nooyi to inspire us this week.

Indra Nooyi (1955-) is a former Chair and Chief Executive Officer of PepsiCo. During her time at PepsiCo, she pushed toward healthier offerings, aiming to cut sugar, salt and fat from many Pepsi products by 2025.

In 2018, Nooyi was named one of the Best CEOs In The World by the CEOWORLD magazine. Forbes magazine ranked Nooyi on their lists of The World's 100 Most Powerful Women from 2008 to 2017, with the highest rank of number 2 in 2014. Fortune magazine has named Nooyi number one on its annual ranking of Most Powerful Women in business for 2006, 2007, 2008, 2009 and 2010.  In 2008, Nooyi was named one of America's Best Leaders by U.S. News & World Report. In 2008, she was elected to the Fellowship of the American Academy of Arts and Sciences. In 2013, Nooyi was named one of the "25 Greatest Global Living Legends" by NDTV. On 14 December 2013, she was awarded the Padma Bhushan award by the President of India Pranab Mukherjee at the Rashtrapati Bhavan.

Learn more.
Read an interview with Indra Nooyi in the FT.

🌱 Reshma Sanjani: "There's no more powerful lesson than knowing that your setbacks will one day help you succeed."

👁️ Regina Honu: "You can only aspire to what you see. That's why role modelling is important." 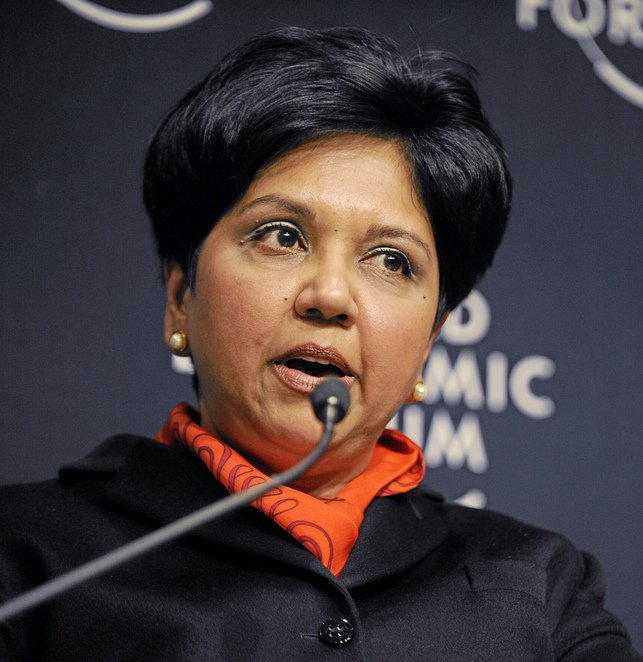 Indra Nooyi: “Please help others rise. Greatness comes not from a position, but from helping build the future. We have an obligation to pull others up.”