A short blog post about Julia Margaret Cameron, one of the subjects of my research project, on her 207th birthday.
Nicole Entin
Student, University of St Andrews
Follow
Like Liked by Nikol Chen and 2 others

On this day in 1815, the Victorian photographer Julia Margaret Cameron was born. Known primarily for her portrait photography, Cameron’s experimentation with light sources and soft focus characterised her works and would go on to influence future generations of photographers. While her genre scenes, such as the photographic illustrations of Tennyson’s Idylls of the King and Other Poems, have often been overlooked by critics and her early biographers, my research project aims to join a growing trend of regarding Cameron’s imaginative and self-consciously theatrical photographs as equally innovative and valuable as her portraits.

Although her photographic career lasted not much longer than a decade, Cameron was incredibly prolific and commercially ambitious, challenging conventions surrounding women’s social roles and actively pursuing profit and fame in her artistic career. She produced hundreds of photographs using the technically complex albumen print process, was one of the first photographers to copyright her images, charted her sales, and established relationships with printers and gallerists. Cameron was also at the centre of the male-dominated intellectual circles of Victorian Britain, cultivating a group of friends and portrait-sitters alike at her home in the village of Freshwater. In his reminiscences of Alfred Tennyson, Wilfrid Ward portrays both Tennyson and Cameron as the focal points of this network, writing that ‘Freshwater was in those days seething with intellectual life. The Poet was, of course, its centre, and that remarkable woman, Mrs. Cameron, was stage-manager of what was for us young people a great drama.’ (Ward, Tennyson and His Friends, p. 229) Cameron often legitimised herself as a photographer through this network, establishing connections with prominent public figures who praised her work.

I also aim to argue in my research that Cameron’s photography was characterised by its transformative power. According to Virginia Woolf, one of Cameron’s earliest biographers and also her great-niece, Cameron’s ‘sensibility was expressed, and, what was perhaps more to the purpose, controlled in the new born art. The coal-house was turned into a dark room; the fowl-house was turned into a glass-house. Boatmen were turned into King Arthur; village girls into Queen Guenevere [sic]. Tennyson was wrapped in rugs: Sir Henry Taylor was crowned with tinsel. The parlour-maid sat for her portrait and the guest had to answer the bell.’ (Woolf, Victorian Photographs of Famous Men and Fair Women, p. 6) Such anecdotes portray Cameron and her photographic practice as transcending gender, class, and convention. The domestic space of the Victorian household became a studio of photography. Men and women from a variety of social classes became figures of legend, treated equally as even the most well-regarded poets of the age. Cameron’s practice was not only socially subversive, but also a source of universality, as she immortalised her diverse subjects through her photography.

I am a Scholar from the 2022 cohort at the University of St Andrews, pursuing an MA (Joint Hons) in English and Art History. My areas of interest include nineteenth and early twentieth century art and literature, with a particular focus on the Victorian and Modernist periods.

My Laidlaw research and leadership project is on 'Alfred Tennyson's Idylls of the King and Other Poems Illustrated by Julia Margaret Cameron: challenges to gender roles and tradition in the formation of Victorian artistic and literary legacies.' This interdisciplinary project will present the overlooked contributions of a female photographer in one of the most dynamic transitory periods in art and literature, and work with resources in the University Special Collections. Using Cameron's edition of Tennyson's Idylls as a case study that focuses on the female gaze as a 'translator' of the male poetic voice, this project aims to understand how this work challenged traditional views of art, literature, and gender roles.

Moving Beyond Sustainability: The Need for Regeneration 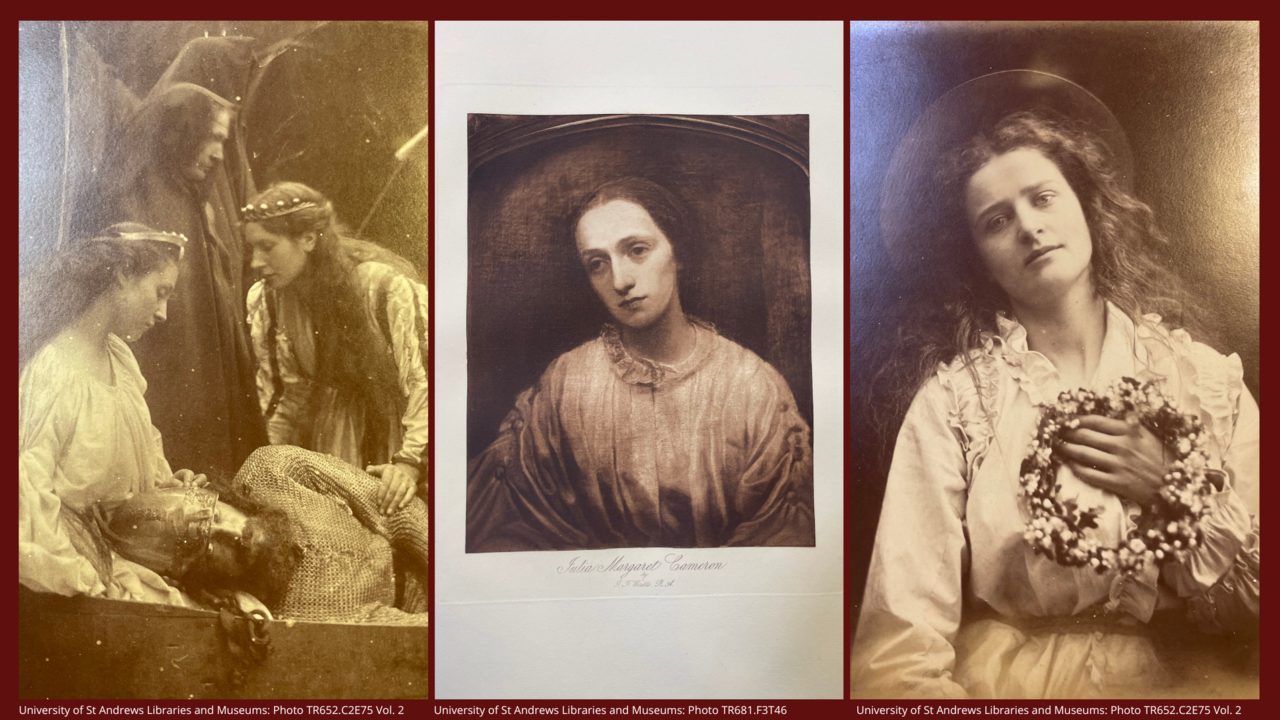 A short blog post about Julia Margaret Cameron, one of the subjects of my research project, on her 207th birthday.