Islamophobia is a truly global phenomenon, having found its foothold in societies as diverse from Austria to Myanmar. Both within and across borders, the role of the internet in producing and circulating Islamophobic content cannot be understated. While our understanding of the influence of social media in propagating Islamophobia in Europe and North America is improving, China remains an understudied region. Findings from other countries are not easily extensible to the Chinese context, as social media platforms in China are uniquely walled-off from the rest of the world. It is a grim reality that Islamophobia is escalating in many sectors of Chinese society - from street-level discrimination to state policy. There is a pressing need for more knowledge on the relationship between social media and the spread of Islamophobia in China.

In light of this, I spent my first summer with the Laidlaw Scholars Programme attempting to answer the question - how does Islamophobia manifest and spread on Chinese social media platforms? Working on the infrastructure established by my supervisor, Professor Ivan Kalmar, I worked with research assistants to design scripts to collect social media posts on Weibo, a popular Chinese microblogging website. These social media posts were sourced from popular Islam-related keywords, and I learnt SQL and well as Python to archive the posts on Google Cloud. In January of 2020, I will begin my analysis of these posts, using both automated and manual content analysis methods. I also hope to compare trends in Islamophobia between China and the United States and the East of the European Union. Aside from contributing to a more comprehensive understanding of global trends in Islamophobia, this study aims to shed light on how international flows of prejudiced content are facilitated by the internet.

As the summer progressed, my research brought me to many exciting and unexpected places. Early on, I realised that I only had a beginner’s understanding of Islam. I found this concerning, as I felt I could not compellingly classify content as Islamophobic unless I had a firm understanding of the anthropology of Islam. To make up for this, I spent a lot of time speaking to religious experts in my home country of Singapore. I also travelled to Jerusalem and the West Bank to learn from faith-based activists, and to understand how conflict is realised offline and transitioned online.

For my next summer, I will be expanding upon the findings of my first summer by examining perceptions of China among ethnic Chinese diaspora populations in Southeast Asia. As a Singaporean, this is an issue near and dear to my heart, and my interest was piqued as I saw how my own family and community reacted to the recent unrest in Hong Kong. Through fieldwork in Vietnam, Singapore, Malaysia, and Indonesia, I hope to understand how ethnic Chinese in these countries construct their perceptions of China through offline and online content, produced within China and beyond. This will assist in expanding our shared understanding of how new networking technologies can be used to influence across borders. 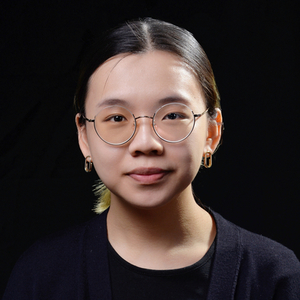 Hello! As a student of psychology and economics, I have always been fascinated by the logic and illogic of human behaviour. This interest has driven me to pursue a rich diversity of projects and ideas - ranging from documenting the landscape of online Islamophobia in China under the Laidlaw Scholars Programme, to solving policy problems in the Prime Minister’s Office of Singapore through the lens of behavioural economics. Next summer, I will be travelling to Kenya to examine how the mobile financing system M-Pesa has succeeded at reaching the hardest to reach. With the Scott Lab in OISE, I investigate the overlooked experiences of male perpetrators of domestic violence in the child welfare system. Under the supervision of my professors, I also work tirelessly with my peers to advocate for culturally-informed and just mental health services for students locally and abroad. In October, we published our first project - a photo essay examining the relationship between social exclusion and mental health for internal migrants in China. The essay can be found here: https://movinginmovingout.shorthandstories.com/index.html In everything that I do, I am motivated to seek out the strange, the surprising, and the subtle. I believe that such hidden truths can be operationalised into insights that can improve the lived realities of others, one step at a time. If you have an idea you’d like to share, please feel free to reach out. Thanks for stopping by!
Follow