Firstly, we published a video of Lord Laidlaw explaining why he funds MBA scholarships for extraordinary young women who would not otherwise be able to afford to attend a top class business school such as LBS or SBS. Secondly, I attended an amazing Female Quotient virtual dinner hosted by the incredible Shelley Zalis, thanks to a lovely invitation from Mandeep Rai whose new book, the Values Compass, was the theme of the dinner.

In Lord Laidlaw’s video, he responds to the question of why so many business leaders still fail to promote women into leadership roles despite overwhelming evidence that businesses that do make more money by saying, "I think many men are just more comfortable working with men". I remember the moment during the filming vividly. I wanted to bang my head against the wall, swear, pull my hair out or otherwise express my extreme frustration. But we were filming at the Ritz so it didn't seem entirely appropriate.

When we posted the video on LinkedIn, we had a great response. We had comments from some women leaders who had worked for Lord Laidlaw, remarking how ahead of his time he was understanding the benefits of gender equality in senior leadership; giving him credit for the trust and faith he put in them over twenty years ago. The soul-destroying fact is, we have made nowhere near as much progress as we should have. Still fewer than 5% of CEOs are female. All too often, if you look at the Executive Team photos of any FTSE 250 company, the only women you will find are in HR or Legal.

At the Female Quotient dinner this week, one amazing woman leader after another, worried that Covid19 will make matters worse. In my cheery, making lemonade (or better still, gin and tonics) out of lemons, I had hoped that the “new normal” would have put a fabulous stiletto (or your shoe of choice) heel through the glass ceiling and helped shatter it once and for all. I believed that things like presenteeism would finally be exposed. I hoped that the etiquette of Zoom (or Teams or your preferred video conferencing app) with muted microphones would prevent the loud and aggressively confident stealing the limelight from the quiet and collaborative. I assumed now that we’ve all become used to making our own coffee, that task stereotyping would be a thing of the past. My virtual dinner companions cited statistics from redundancies to promotions to underscore their fears.

Let’s not let it happen. In the same way that now that we’ve demonstrated that it is possible to cut air pollution dramatically, we should demand that the new normal ensures we hold on to our glorious blue skies; so, the new normal business world should include active corporate commitments to reducing gender inequality, not a lamented regression on even the pre-Covid19 state.

It is actually quite straightforward, dare I say simple? Skip the training and the committees, just have every business leader and HR department commit to these 10 things. 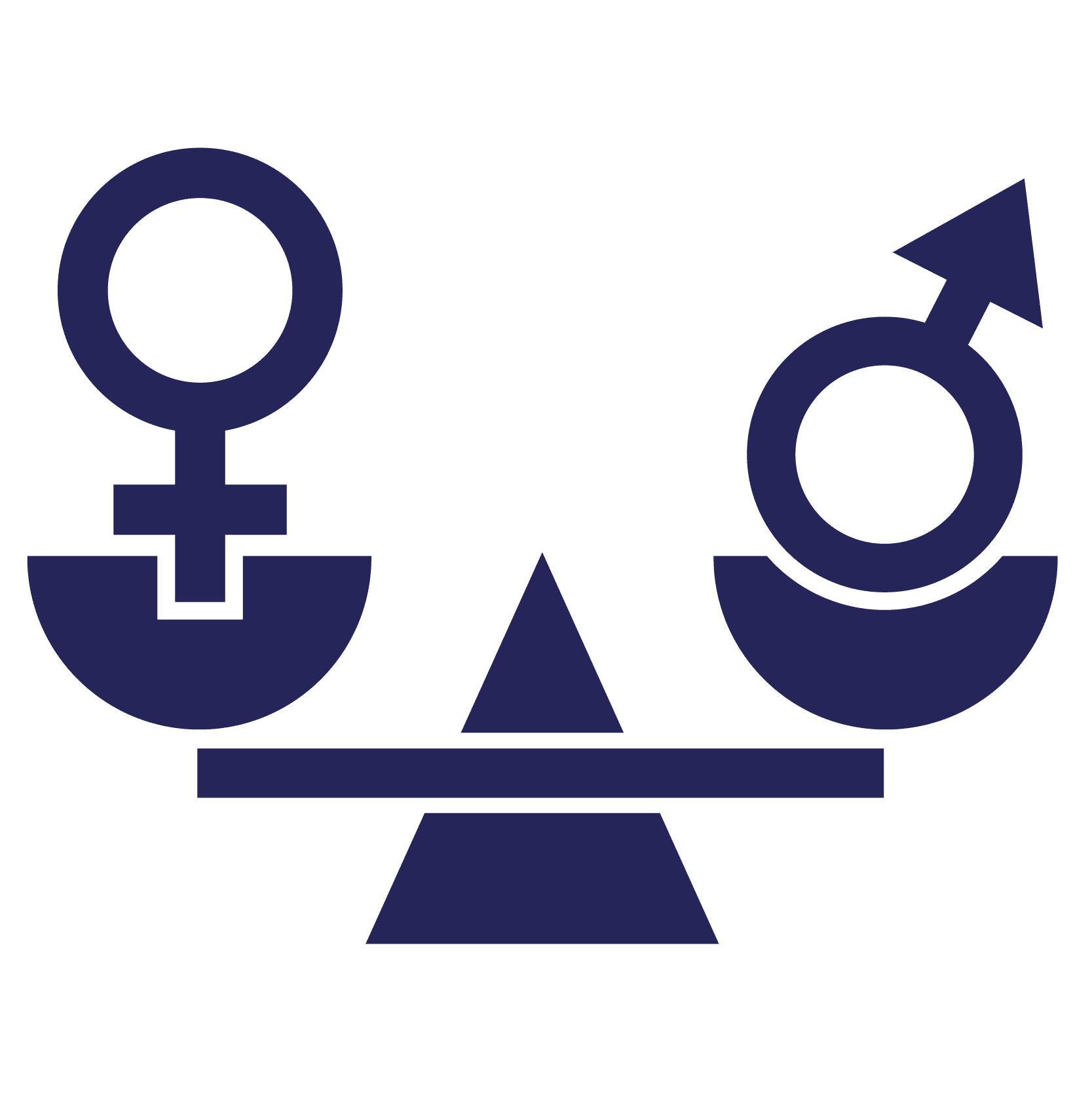 1. Ensure gender pay parity in your organisation by role

The same job, whether it is done by a man or a woman, should pay the same. If it isn’t, make it so. You may have to make some tough decisions around how to fund any increases (do you cut some salaries or find cost savings elsewhere) but if you are a leader, you are paid to make the tough decisions. JFDI. 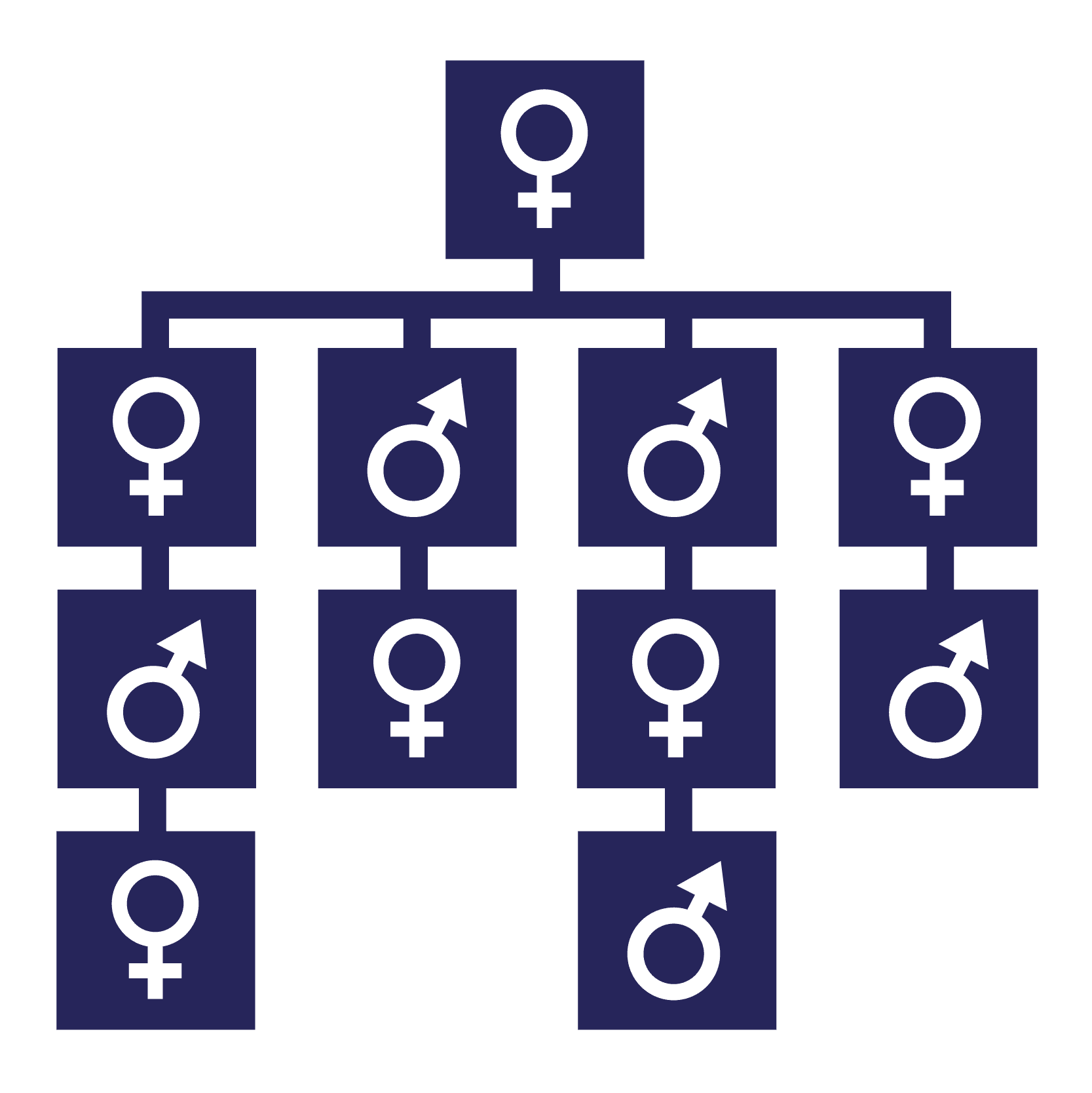 Don’t use as an excuse (as an appalling number of professional services firms do) that we would have pay parity if we had more women in senior roles. Look at why women are hitting a class ceiling by sub-group and put a plan in place to address it. In some cases, unlike point 1, you may not be able to fix this by the end of 2021 (if you are a university, and need a pipeline of women PhDs, for example), but you can put in place a five year plan, with clear targets and make sure that you are moving in the right direction. 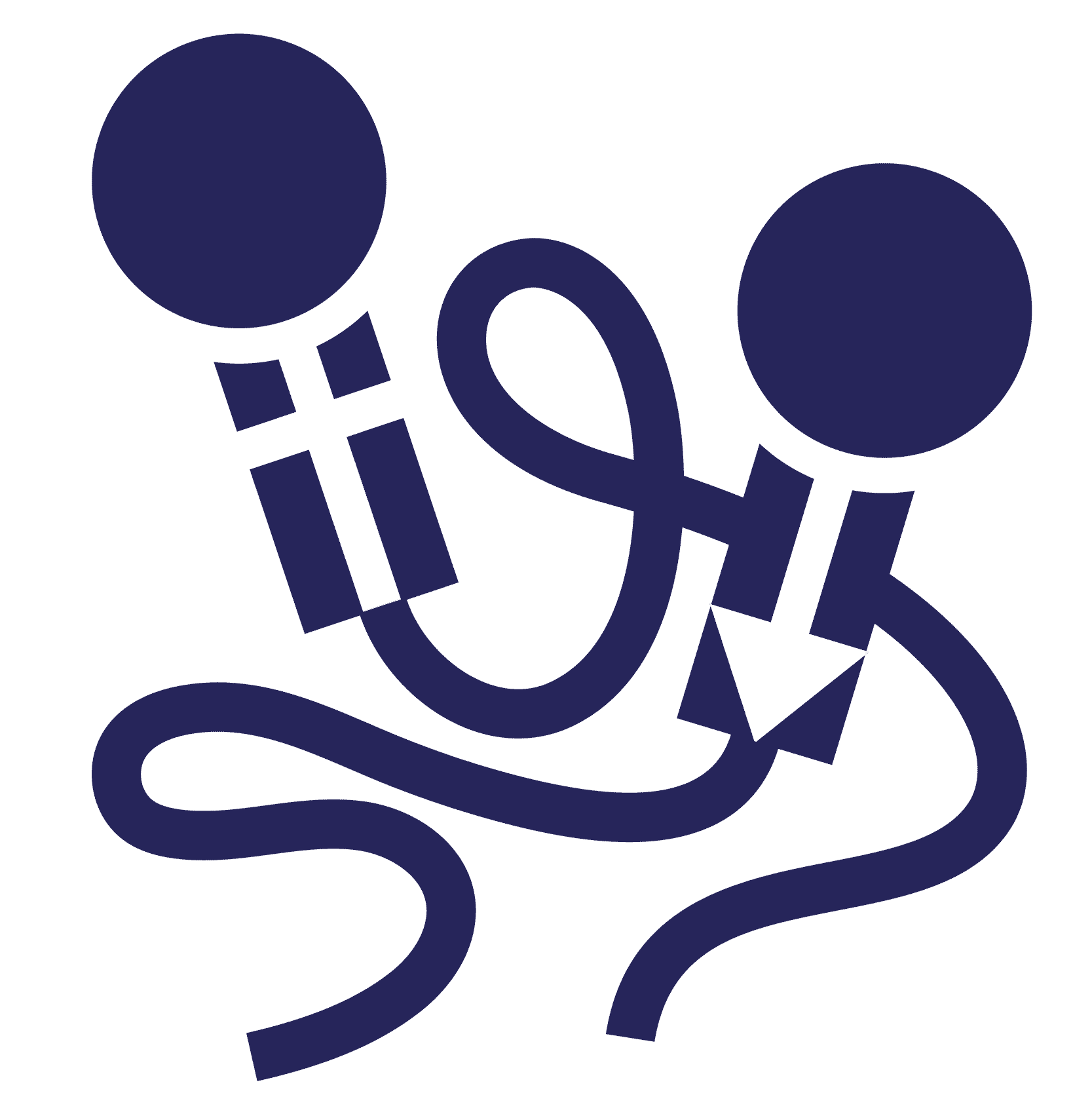 3. Make sure all voices are heard

Some people can dominate a meeting, talking over others, not really listening, barely waiting for a pause in the conversation, hogging the limelight. Your job as a leader is to ensure that everyone in the room contributes, and everyone has a chance to shine. You need to do this actively. If you can run a Board meeting on Zoom, you can absolutely make this happen in the real world. 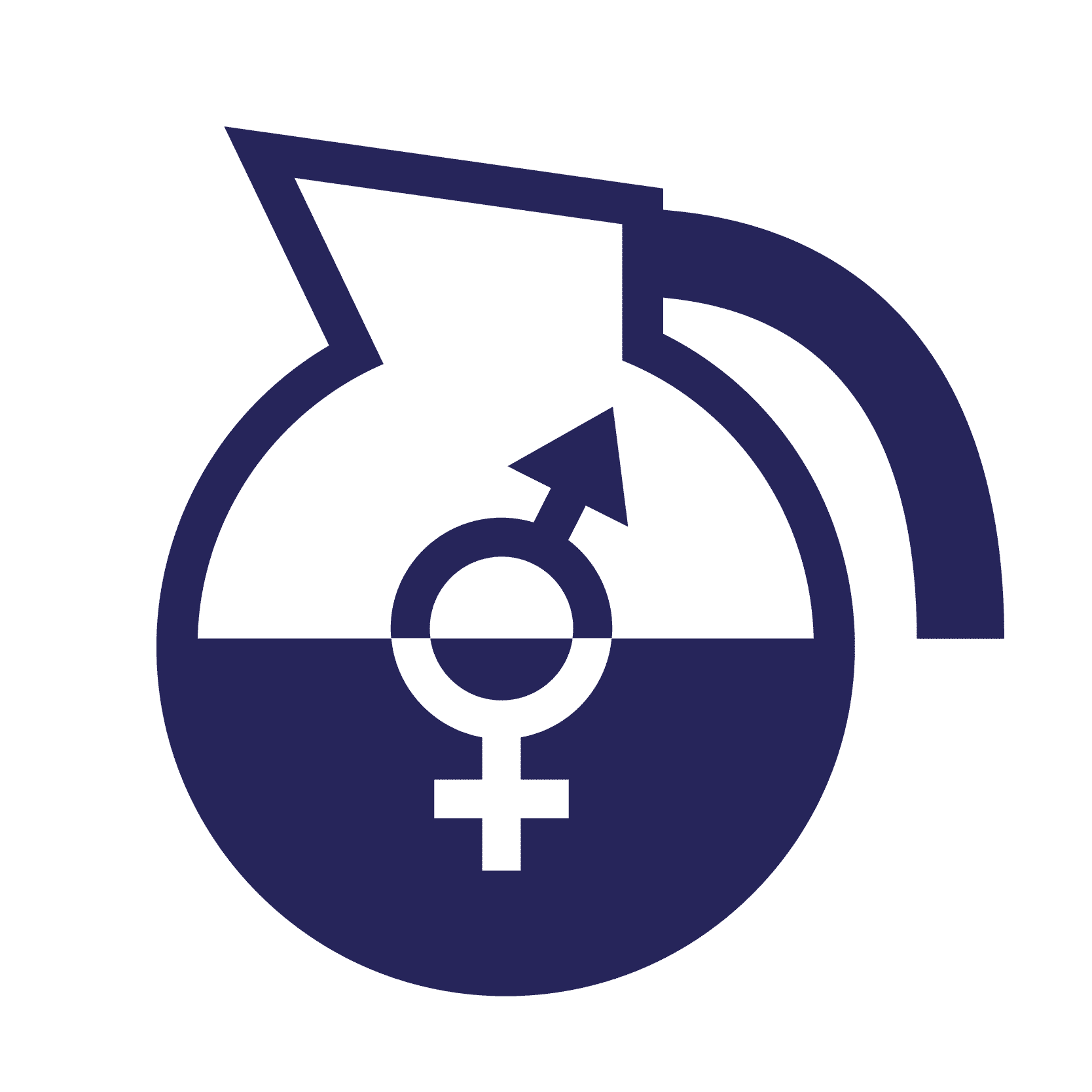 Notice if, for example, women are disproportionately being asked to bring the coffee or organise the lunch or take the minutes. Call out and correct the stereotyping. We have all learnt to make our own coffee in lockdown, no need to revert to bad habits. 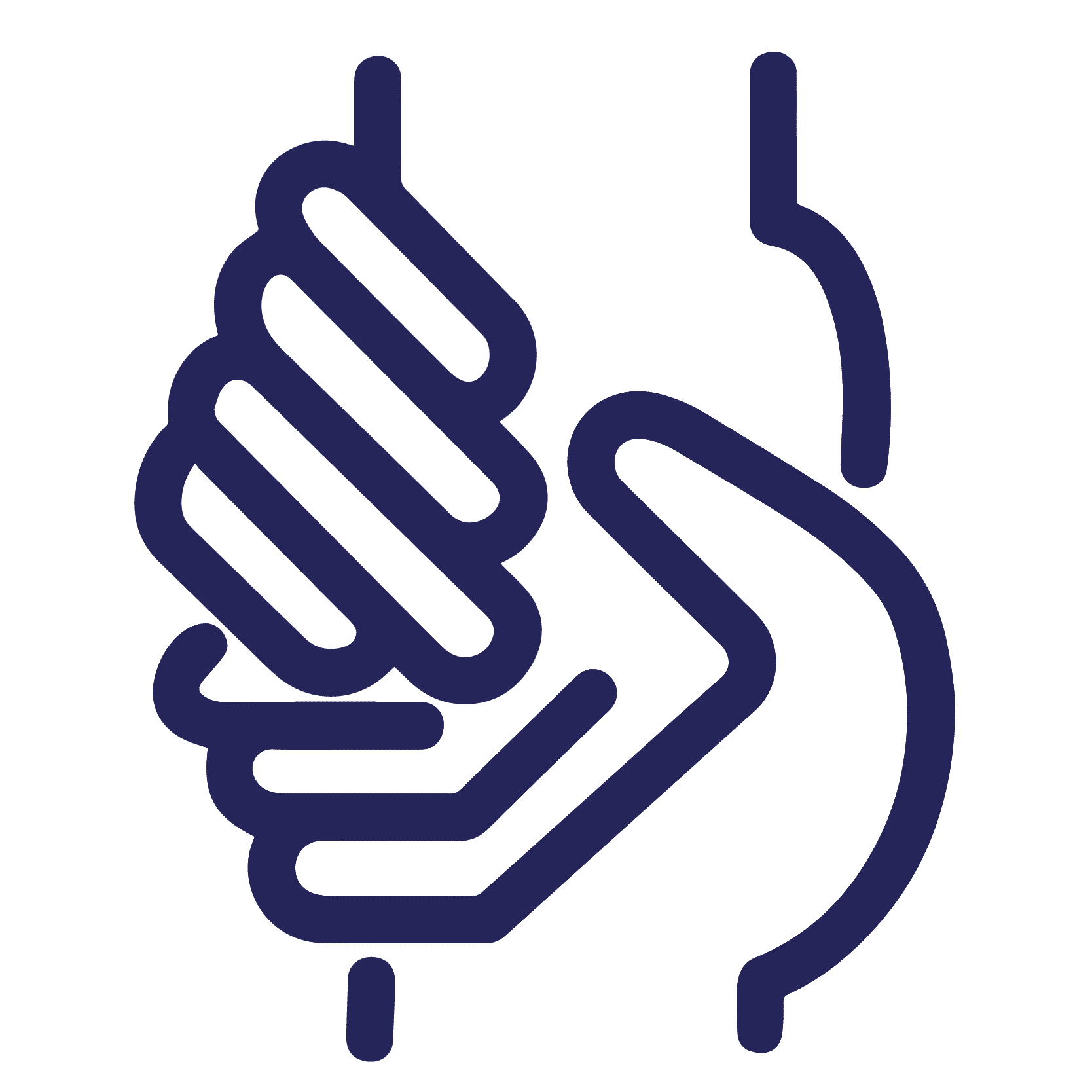 Identify your rising stars and check that each has a sponsor who will support and champion them. If they don’t, make introductions and be sure that they do. This isn’t about having a cup of coffee and a chat about how tough things are or how annoying her colleagues can be. A sponsor should seek out opportunities to help her develop, stretch and shine; and give her the candid feedback to ensure that she does. 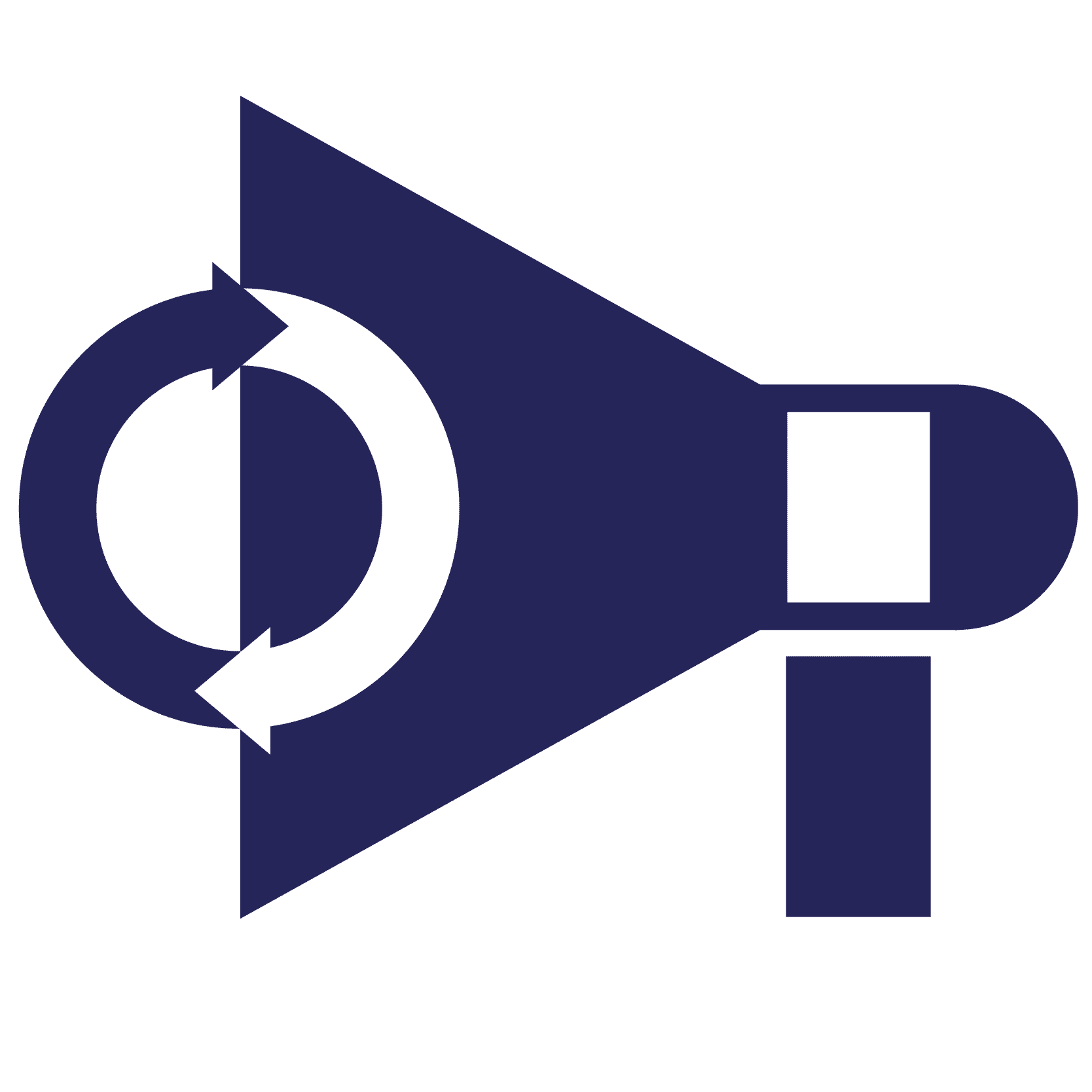 If you see that a senior man is disproportionately giving junior men development opportunities, speak to him about it. If you notice that a woman had been willing to allow a man to take credit for her work, speak to her about it. If you notice that senior women are pulling up the ladder behind them, or questioning whether a woman is “nice” rather than “good”, have a very direct and firm conversation. I am completely with Madeleine Albright on this one: “there is a special place in hell for women who do not help other women”. If you have never given anyone in your organisation any feedback about gender equality and do not have a fully diverse executive board and gender pay parity, look harder and start providing the necessary feedback. 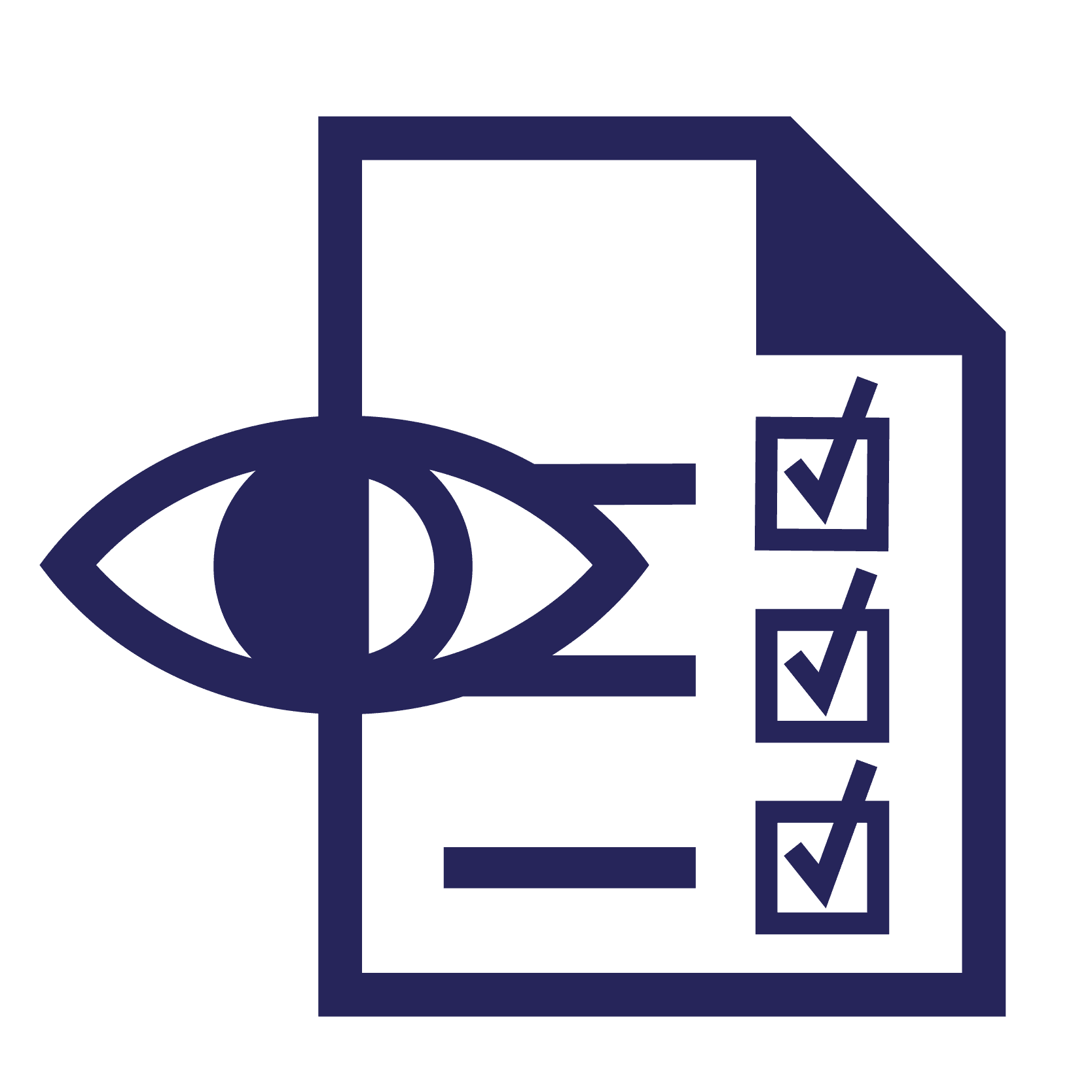 Check that your promotion criteria is not inadvertently biased. Make sure it is as empirically-based as possible. If you ever find yourself saying, as I heard a group of well-meaning but spectacularly complacent partners at a leading global advisory firm explain, that the reason you have not promoted more women is because they are not assertive enough, recognise you are probably confusing good debating skills with good character and outcomes. 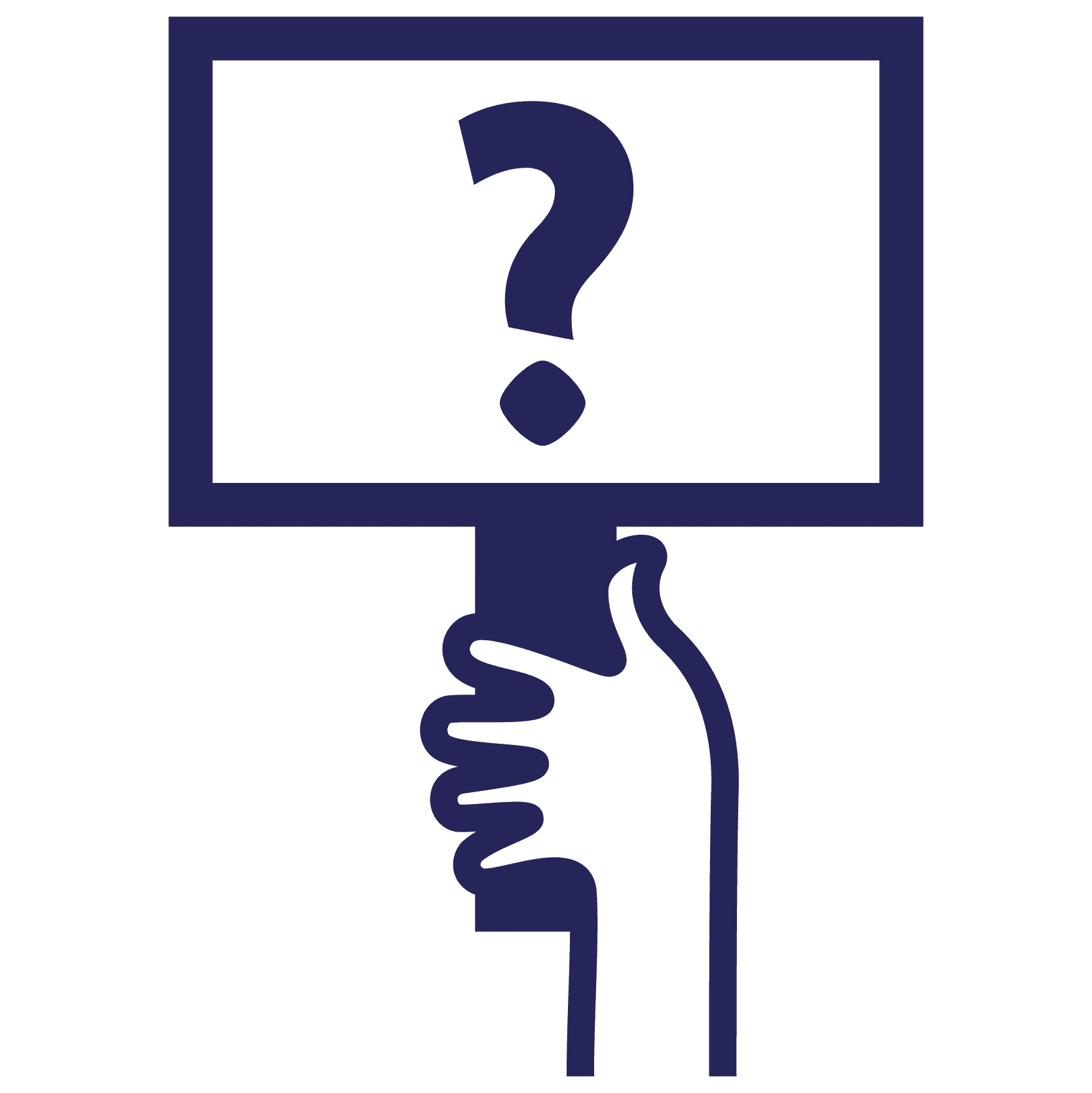 Try as we might, we apply different standards when we compare men and women. So don’t. Take names and other identifying features off of CVs before determining who will come into interviews or complete tests and projects. When orchestras began to audition behind screens, it made it 50% more likely that a woman would advance to the finals. Think what else you can do in your organisation to avoid unconscious bias. 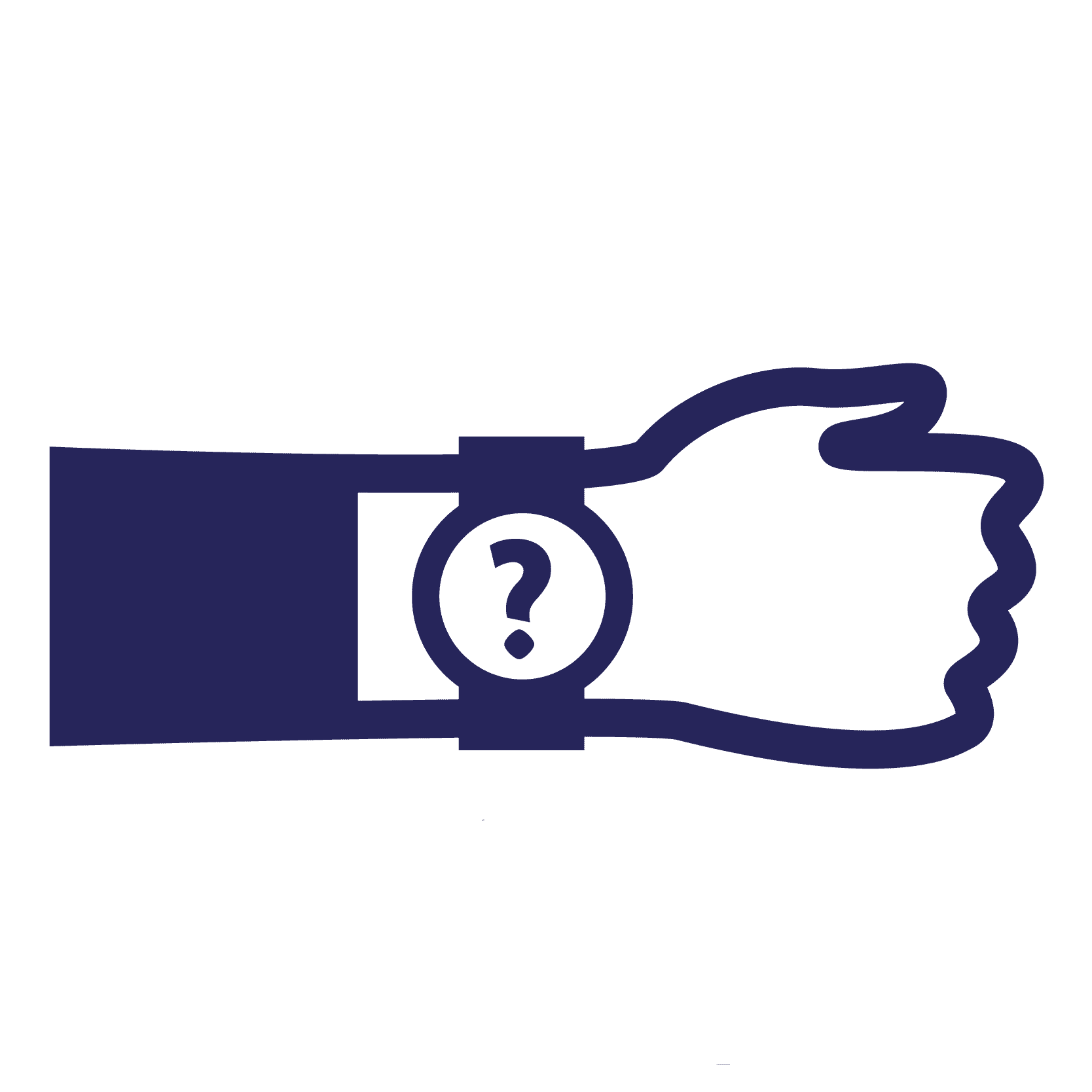 9. Get rid of presenteeism

I know of a firm where the Chairman likes to come into the office at about 7 or 8pm, after a day of visiting clients, and wander around and talk to the young account directors. Many of them, knowing that they will need to be there late, chat and disrupt those who are trying to get their work done during normal hours. Parents who want to leave on time to pick up children from school or help with homework are doubly disadvantaged. They are disrupted during normal working hours and the Chairman discounts them for promotions because they aren’t in the office when he is, even if their clients love them and their billables are high. When the head of HR tried to explain the concept of presenteeism, he got quite angry. Now that Chairman hasn’t been in the office for two months and others like him will have not been able to confuse productivity with presence. 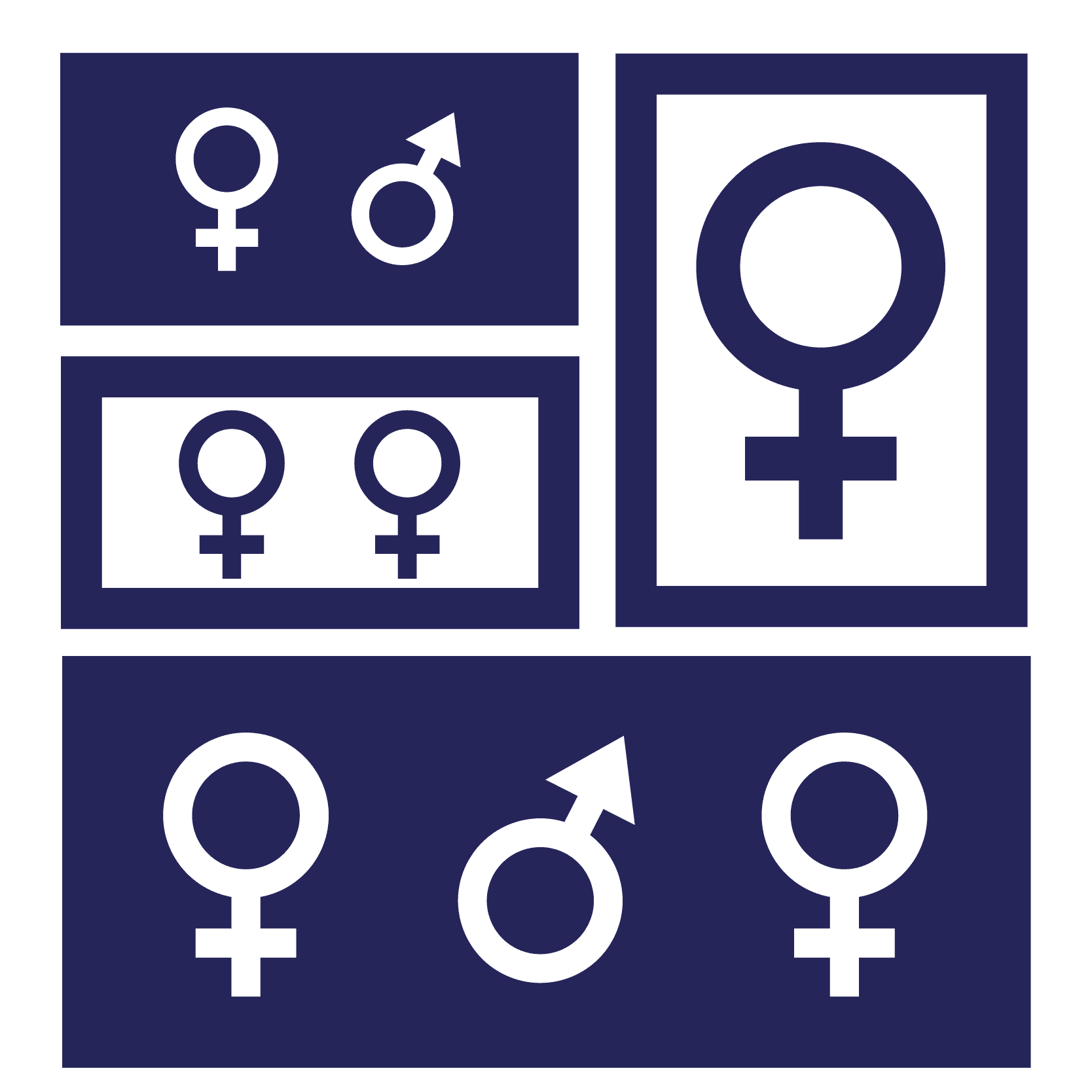 10. Have plenty of female role models

It sounds trite, the mantra that “if you can see it, you can be it”, but it has merit. Look at the surge in women’s football (soccer) with the success of the England Lionesses. Make your women leaders visible, in every department.

I am not suggesting these are easy to do, but they are fundamentally simple, a bit like staying indoors actually. If we can change our habits and behaviours to combat a disease, perhaps it is time we finally commit to doing the same to break the glass ceiling.

I've even created a checklist for leaders to use. Check it out.

A graduate of Cambridge University, Susanna’s professional experience includes over 15 years in senior leadership roles in international B2B and learning businesses. Susanna began her career at the Institute for International Research (IIR) where she first worked with Lord Laidlaw, rising to Chief Marketing Officer (CMO). When IIR, which was the world’s largest organiser of commercial conferences, was acquired by Informa plc in 2005 Susanna was appointed CMO of the enlarged group and also led the public company’s investor relations programmes. She subsequently joined Emap Ltd as Chief Marketing & Strategy Officer and CEO of Emap Networks, that group’s conferences business. Later she became CEO of the fashion industry forecaster WGSN and was latterly Group Content and Marketing Partner of the leading strategy consultancy Brunswick Group. A German-American raised and educated in the UK and a committed internationalist, Susanna has been involved in globally trading businesses throughout her career, directing activity in the Americas, across continental Europe, and the Asia Pacific. Susanna has been extensively involved with education and professional development over many years. She was Head of Group Training and led the commercial acquisition and integration of a portfolio of corporate training businesses whilst at IIR; and created learning academies at both Informa and Emap. She believes experiencing and appreciating different cultures promotes better global understanding, creativity and leadership. She is passionate about the power of education to transform lives; and believes that we need to develop a new generation of diverse leaders who are curious, bold and devoted to decency, truthfulness, and innovation. Susanna is committed to diversity not only as a societal imperative but as a critical component of commercial success. As an advisor to the trustees of the Foundation, Susanna first learnt about its purpose and programmes before becoming its Chief Executive responsible for the Laidlaw Schools Trust, the Laidlaw Scholars and its other education programmes. Susanna read English and Philosophy at Newnham College, University of Cambridge. She has five half blues in swimming and water polo; and played netball and rowed for Newnham.
Follow

Thanks Susanna! A great reminder, and I love the GIF at the end.

The GIF is all Nikol's good work!

Khushi Kakrania (she/her)
When You Find Problems, You Should Also Find Solutions
Economics Leadership
Leadership, Leadership Quote of the Week