Will magnetoreception be the artificial sixth sense of human?

Some thoughts on sensing the magnetic field

With the signature spoon-shaped lodestone, the first compass was invented by the Chinese over 1000 years ago. The tiny tool enlightened people with the existence of Earth’s geomagnetic field and started an era of voyage and exploration. Yet thousands of years earlier, the secret mastery of magnetic field has already been comprehended by various livings on this planet. They migrate annually over a long distance of 10000 km scale, with an ultimate precision of centimeters in navigation. Such impressive performance does not result from sophisticated computation and simulation given their limited brain sizes, but rather due to their highly accurate sensation to the geomagnetic field, which is also termed magnetoreception.

Magnetoreception has been found in various species including birds, Salmonid fish, and sea turtles. While the specific mechanisms for their sensations remain unclear, two theories proposed by scientists have received considerable popularity and recognition. The first theory proposed that animals gain their magnetoreception as they accumulate and synthesize magnetic particles inside their cells. The intracellular chains of magnetite particles, for instance, Fe3O4, are found in specific cells among various magnetic-sensitive species. One of the most prominent examples is the magnetite aggregation found in the olfactory epithelium of fish as you see on the left. Yet the theory remains to be examined as those magnetic particles are not located at a consistent location among different species, and the role of those magnetic cells remained to be explored.

The other theory suggests that the radical pair plays a key role in magnetic sensing. In this theory, the quantum mechanics of electron spins lays the foundation of the native magnetic compass. In the specific process, a light-induced electron transfer will generate long-lived radical pairs. Those pairs will change between singlet and triplet spin-states depending on their orientation relevant to the geomagnetic field. And the signals catching from their states allow animals to sense the magnetic signals. If you feel confused, this review and this video provide more detailed introductions regarding radical-pair-based magnetoreception.

Other than navigation in animals, scientists have also tried to implement the sensation to magnetic fields on people. A research group from Germany led by Dr. Denys Makarov has developed an electronic skin that is able to detect the motion and position of the candidate with respect to Earth’s geomagnetic field. The flexible and thin skin shows a good signal-to-noise ratio in magnetic field detection. Serving not only as a bionic compass, this magnetic sensory device can also be implemented into augmented reality, virtual reality, or severed as part of medical implants.

Magnetoreceptive smart skin shows the possibility for the 'sixth-sense'. What do you think is the potential application for this sensation? Let us know in the comment section. 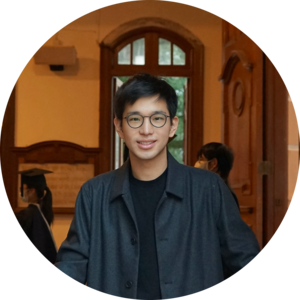 Hi, I am an undergraduate student at the University of Hong Kong. I have some research experiences in heritage imaging, genome engineering, nanoparticle drug carrier, and surgical augmented reality. And I am currently learning more about computational bio-molecule stimulation and screening model for further studies. I'd love to communicate, share, and build wholeheartedly about the past, present, and future stories.
Follow

Simon Ogundare
Laidlaw Scholars Network
We use cookies to help improve your experience. By continuing to browse our website you are consenting to our use of cookies.
Learn more