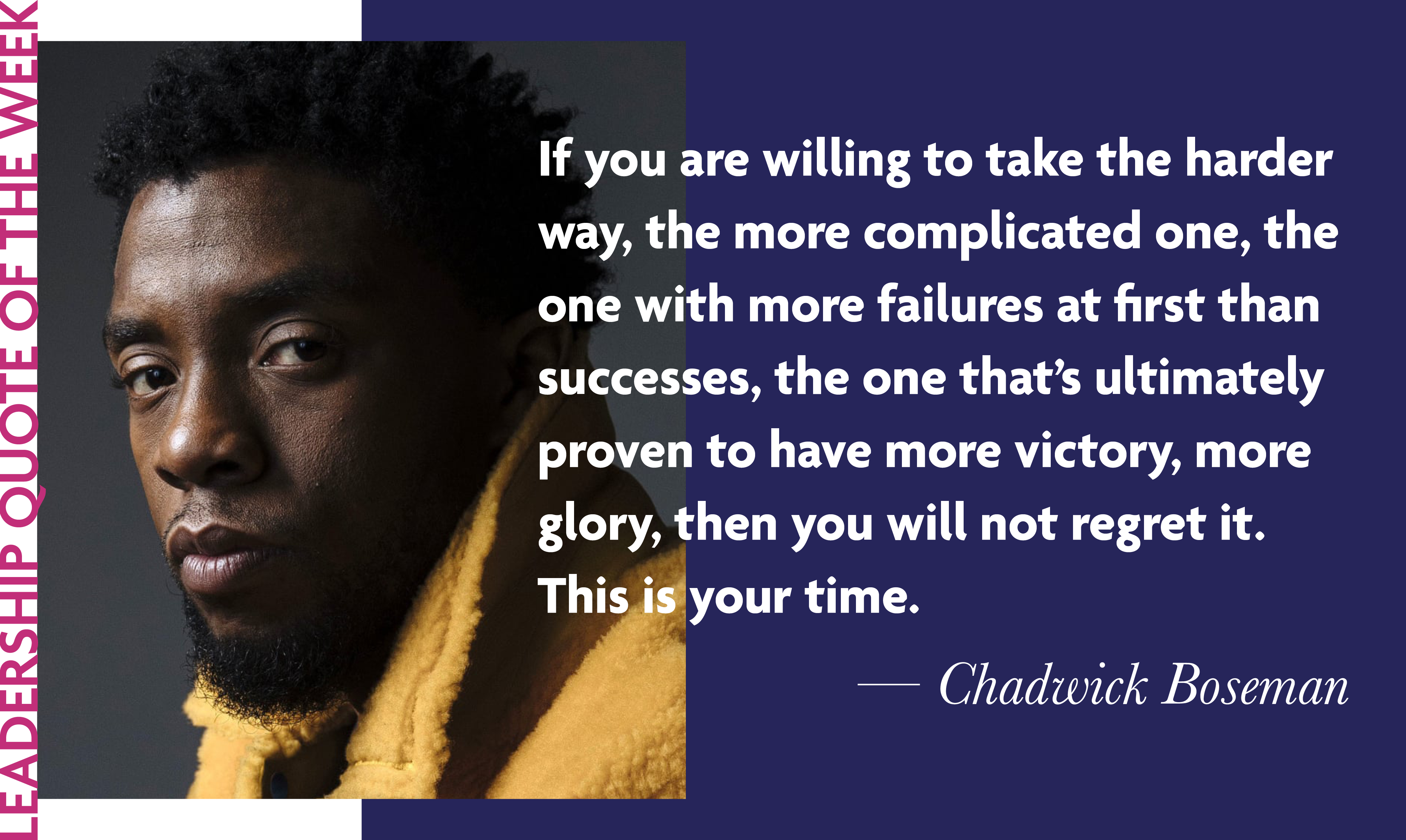 "If you are willing to take the harder way, the more complicated one, the one with more failures at first than successes, the one that’s ultimately proven to have more victory, more glory, then you will not regret it. This is your time."

Chadwick Boseman (1976-2020) was an American actor and cultural leader. He is best known for playing King T'Challa in Black Panther (2018), which became the first ever superhero film to receive a Best Picture nomination at the Academy Awards.

Boseman also portrayed several historical Black figures, such as Jackie Robinson in 42 (2013), James Brown in Get on Up (2014), and Thurgood Marshall in Marshall (2017), and won several awards, including an NAACP Image Award and a Screen Actors Guild Award.