Science is messy. Life is, too. For my research, most things did not go according to plan. And there is some beauty in that, too.
Lola Sophia Mors (she/her)
Student of Earth Science, University of St Andrews
Follow
Like Liked by Celina O'Connor (she/her) and 4 others

At Highschool, I was taught that scientific discovery was linear. Some old white European dude (Newton, Einstein, Galileo) has some genius idea, tests it, it magically works, and in no time we have the laws of gravity (or the theory of relativity or who knows what not).

Going into my own research, I just wanted a neat little project. I started small: no mindboggling theories of the universe, I just wanted to know how the age of some dull old rocks from some bog on the tiny island of Iona, Scotland. Should be straightforward, right? Welcome to my journey of gradually becoming more confused.

My goal was to make very old rocks into sand, pick out the mineral zircon, then look if the zircons have little growth rings (like trees) or not, and finally shoot some laser beams at the zircons (which maybe, magically, would tell me the age of them as the uranium in the zircons decays to lead over time). The age of the rocks is of interest as it could give some insight into plate tectonics on early Earth (basically if big plates were pulled under and over each other or if it was more of a big bubbling mess). This in turn is relevant as plate tectonics might have made the Earth more hospitable to early life. But before answering any of these questions, I had to get said very old rocks.

The fancy name for these very old rocks (some of the oldest in Europe!) is Lewisian Gneiss. Zoe, a fellow Laidlaw scholar, chose to study Lewisian Gneiss from the Northwest Highlands, whereas I focus on Iona, a teeny-tiny island just off the coast of Mull, on Scotland's west coast. To get to our field areas, we tagged along a summer school of fourteen US American undergrad students, pitied them for mapping in the rain and midges during the day, and enjoyed the good company in the evenings.

Zoe and my days were filled with bog walking, more bog walking, and bog walking on the top of hills (who knows how the bogs got there). Ah, I forgot carrying samples through the bog. We stared at a lot of very old rocks to determine if they were pink or white (answer: mostly both), got utterly confused by speckled black rocks among them, and I accidentally had tea and biscuits on a prehistoric grave hill (or a drumline feature from the last ice age, but grave would be more exciting). On Iona, the jump over the occasional fence around a cathedral was followed by a landing in front of a tourist group (oooops). I swear, we also did geology - at least on the days when the ferry to Iona was not cancelled due to wind and fake yellow weather warnings.

Back in the lab, we made sand. To do so, we crushed the very old rocks using a jaw crusher, a car jack, and very heavy hammers, among other materials. Rock crushing is wonderfully therapeutic, in fact, the absolute best you can do if you are angry at life and miserable in general (speaking from experience). Next, we sieved the sand to only get the tiniest grains (less than 350 micrometres). After hours of washing sieves, I can definitely attest that this is my least favourite activity so far, much worse than bog walking (Zoe would disagree with this statement though).

Next on was separating the tiniest grains based on density using some fancy heavy water with a peculiar dark yellow colour that costs two-hundred pounds the bottle. After my first attempt, my Laidlaw supervisor added an extra note to the instructions, specifying that the beaker needs to be UNDER the separating funnel and not to the side (thank youu Batzi). At least Zoe and I could sneak into the staff common room (we are technically scholars, right?) and make the best TOASTIES with Cranberry sauce and butter and lots of cheese to eat away the disappointments of research.

This was dearly needed, as the dating facilities to shoot laser beams at the very old sand would only be functional in November, at the earliest (and the deadline for all research output is the 1st of September, ooops). The organised Zoe knew this all along but I was somehow completely unaware of this detail until the second half of our research. Well, my new plan is to draw on my constantly growing confusion and compare the transition from pink old rocks to white old rocks on the mainland (called the "Laxfordian sheer zone") with another suspected transition from pink to white on Iona. If I am lucky, I will even get some pictures of zircon "tree" rings to substantiate the hypothesis that both transitions are similar (thank you Ibn al-Haytham for the scientific method). I can confirm that every line of evidence for a comparable sheer zone just makes me gradually more confused.

In summary, research for me is less of a linear lonely discovery in Newton's footsteps and more of a very tangled communal attempt to make sense of disconnected lines of evidence. Navigating the failures of spilled samples, stubborn magnetic separators that are more difficult to regulate than a shower with two settings (burning hot and ice cold), and bedrock that does not want to lend itself to sampling (no matter how long you hammer) has both increased by consumption of comfort toasties and made me appreciate the messiness of science. I will most definitely not find out which mode of plate tectonics dominated early Earth. But I might have some desire to be more stubborn than the rocks I'm working with and maybe even have some insight into the early geological history of what is nowadays the teeny-tiny island of Iona.

I want to thank my Laidlaw supervisor Dr Batzi Fischer, my advisor Dr Catherine Rose and Dr Will McCarthy for bearing with me and with my chaos and confusion and clumsiness. A huge thank you to Lord Laidlaw and to the Laidlaw Foundation for funding the project and especially to Celina for doing a wonderful job holding the programme together. 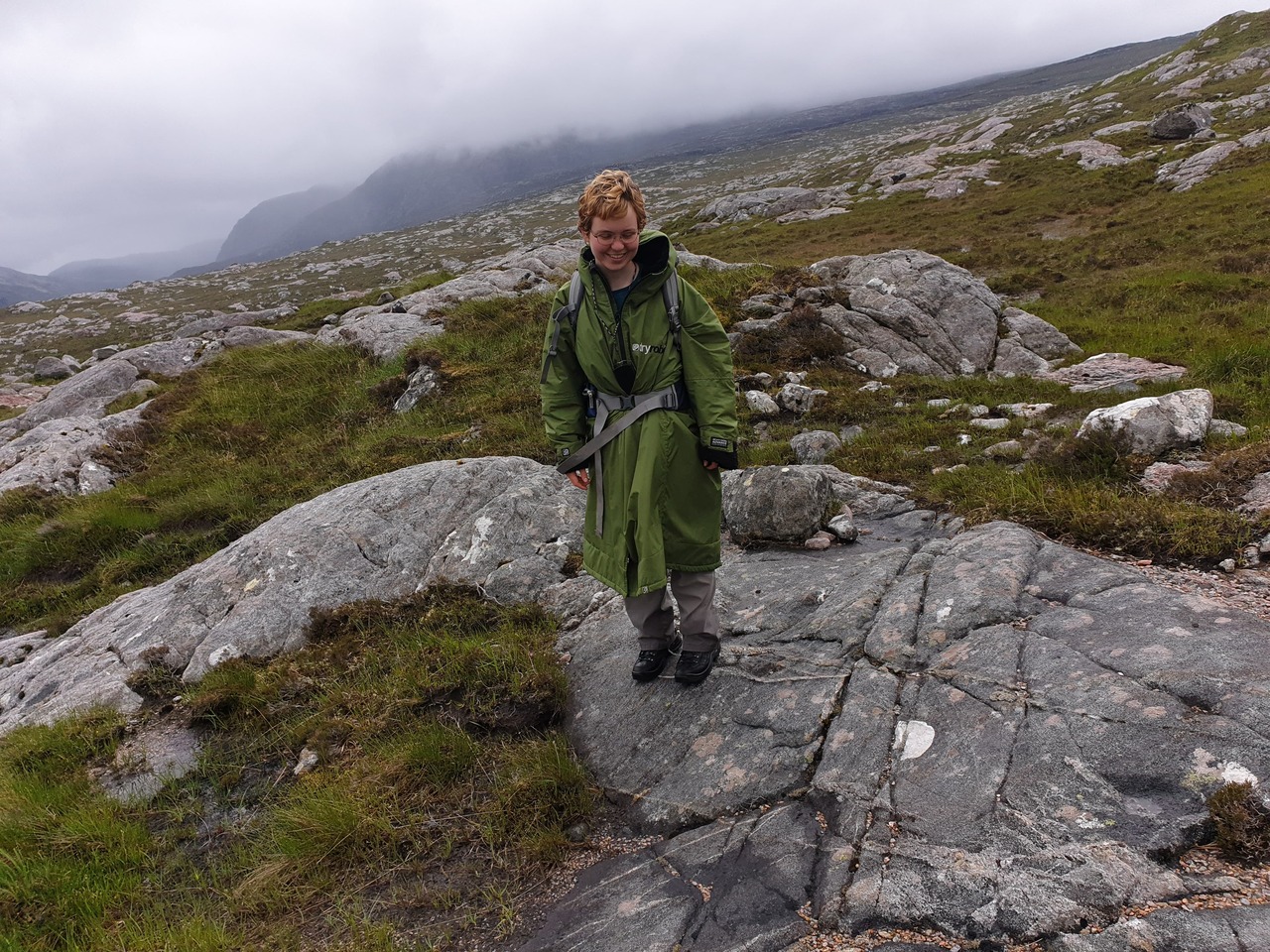 Science is messy. Life is, too. For my research, most things did not go according to plan. And there is some beauty in that, too.