Research Proposal: How do we balance ethical museum practices and cross-cultural experiences?

This is my research proposal that I submitted to be accepted into the Laidlaw Fellowship program!

I would like to research the question “How do we balance ethical museum practices and cross-cultural experiences?” In other words, as more and more modern-day museums are pressured to repatriate objects immorally acquired by imperialists, issues have arisen involving the ability of museums to continue to display a diverse cultural history without the returned pieces. I plan on examining this tension in a research paper and proposing a method that allows these institutions to simultaneously educate about different cultures and acquire/retain objects ethically. In order to narrow the scope of my research and ensure its feasibility in six weeks, I hope to understand this question by focusing on contemporary attempts by “universal” (encompassing several cultures) and Asian art museums to grapple with the exploitative history of early 20th century Chinese art dealers and collectors. I aim to learn specifically about the practices of controversial 20th century figures like C.T. Loo and Charles Lang Freer and the current pro-repatriation efforts by activist groups (the Antiquities Coalition, Decolonize This Place, Museum Detox) and China’s National Administration of Cultural Heritage. For the summer of 2021, I would like to pursue this research through digital sources, art museum libraries, and meetings of Decolonize This Place, a New York based movement protesting unethical museums. For 2022, I would potentially pursue travel to Washington D.C. The Smithsonian Museum of Asian Art has a provenance research initiative with publicly-accessible resources that I could use to further my research. In addition, I could attend the institution’s 2022 symposium on early 20th century East Asian art collecting. For the leadership project, I could work with the Antiquities Coalition, an agency fighting cultural racketeering. I would like to work on their multimedia resources including their infographics and interactive maps because of the community engagement aspect.

As an aspiring curator and a Chinese-American, examining the ethical pitfalls of museums in regards to Chinese artifacts is especially exciting and important to me. Museums are places of education and connection; therefore, they are critical in conceptions of personal and community identity. If the art in their galleries is nefariously sourced, those pieces are constant reminders of imperialism and the continued racism directed towards Chinese-Americans. I am also excited by my topic because of its contemporary relevance and, consequently, vast public interest. For example, in 2019, Italy returned 796 priceless artifacts to China. Similarly, there is an ongoing federal lawsuit against the San Francisco Asian Art Museum for possessing stolen ancient Thai artifacts. The issues I want to explore are pressing in the museum world and further investigation would attract a sizable audience. 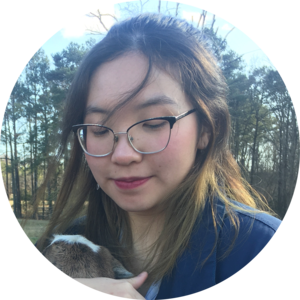 Student, Columbia University in the City of New York

Hi! My name is Jacqueline Yu, and I am a freshman at Columbia University. I am originally from Richmond, Virginia, and I am a first-generation Chinese immigrant. I am an avid appreciator of the arts, and I aspire to be a museum curator. My other interests include crafts, languages (especially French, Chinese, and Italian), and dance! One of my major goals is to increase the inclusivity and outreach of museums by critically evaluating the unique ethical issues that these cultural institutions face.