Against the context of COVID 19 and a global decolonising movement, I examine the changes to my project 'Remembering German Colonialism: Fantasy, Memory and Material Culture'.

My initial title for this project was 'Remembering German Colonialism: Understanding Cultural Memories through a Phenomenological Lens'. Last Michaelmas, my goal for this project was to 'use phenomenology of race to analyse German colonial monuments, sites of memory, in order to better understand the impact of colonial loss on German identity formation. Only when lived experience is foregrounded can we begin to fully understand the hidden epistemic effects of colonial ideologies. I will also address how the under-researched nature of this topic has itself affected the processing of colonial memory; my aim to disrupt colonial asymmetry'. Although I do stand by the importance of my initial goals which I would still like to pursue further, the effects of COVID-19 have necessitated a shift in the corpus of my current research and morphed it into a similar project about which I am equally excited.

My plan had been to travel to Germany to study my primary corpus, monuments. I needed to access archives that housed local multi-medial sources to help me analyse the monuments, and libraries with more specific German-language scholarship not available within the UK interlibrary loan system. I would have taken photographs of the colonial monuments and countermonuments, then returned to St Andrews to finish my research.

My research has since taken a very different shape. Not only am I splitting up my research time, allowing me the year in between to reflect and think on theory as I learn more from my Honours module and hopeful semester abroad, I have broadened my corpus because of archival difficulties. Not only are monuments included, I am now considering different aspects of the landscape of memory, such as everyday material culture, museums practice and their exhibitions over time, and the politics of street names and re-naming. This has allowed me to engage with theory and conduct primary source analysis on more specific objects such as postage stamps and emergency banknotes, an area completely new to me. I have never done cultural history outside of the lens of literature, which has proved both a challenge and a newfound favourite. Moreover, my greater understanding of the importance of archives has led me to donate and volunteer online to help digitise archives, as I have realised more than ever the importance of preserving data not only for researchers, but on the very identities of people. I am particularly keen to work on these aspects of memory culture as they enable me to reflect on how memories are forming in the present and draw links to the movement today. For example, I am working on real-time news and social media responses to the Humboldt Forum, a museum slated to open later this year which has been postponed due to the virus, and will also likely be changed because of growing public calls that have existed for years thanks to activist groups, but are amplified currently. Moreover, as I delve deeper into the material, the importance of fantasy to identity building has become all the more apparent.

As the project stands, after 3 weeks of research I have written 10,000 words on the history of the colonial fantasy from the Imperial Era to the present day, using some original case studies as examples. This literature review will prove useful when attempting to organise information next summer when I resume by both theme and historical period. However, I have yet to apply a higher order of theory onto the existing museum and memory theory, such as the phenomenology I was initially planning to evaluate as a fruitful lens through which to understand the German colonial project in its guises. This has become all the more relevant in the current political context, where overthrowing monuments has become a global phenomenon. The focus of my current project on fantasy looks to be a useful pairing with phenomenology. In my original proposal, I wrote 'In response to colonial confiscation, a narrative of 'benefit' fabricated a mutual affection between Germany and the subaltern. I will propose the phenomenological understanding of whiteness as 'unfinished history', a constant background to social actions, to best explain this hegemonic ideology. This can be extended to show how memorials are sites of racialised perception, examples of colonial imagination surviving after the formal end of empire.' This remains a goal for the upcoming year, so I am ready for next summer. I have also enjoyed my time volunteering on the Reaction for Education programme, and look forward to commencing my leadership project next year. I have already seen changes in the way I approach leadership tasks since our first weekend in Hospitalfield in March.

I would like to thank Lord Laidlaw and the Laidlaw Foundation for the opportunity to participate in this programme, the Hospitalfield staff, Kat and Hayley for looking after us at Hospitalfield, Dr Lawson for the invaluable suggestion that I use monuments as a corpus and Dr Smith for being a fantastic supervisor.

The cover photo is a picture of Hospitalfield I took at our Leadership Weekend. 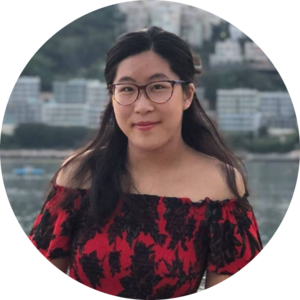 I'm a Philosophy and German student at St Andrews with interests in intersectionality, theory and community-oriented work. Presently, I am interested in colonialism in German public memory, Orientalism in literature and epistemic (in)justice. I would love to talk about ice hockey, ballet and gardening!
Follow

Your project sounds so interesting!

Research week 1: Python for biologists, how to work smarter not harder.

Shehnaz Sheikhdon Salad
Laidlaw Scholars Network
We use cookies to help improve your experience. By continuing to browse our website you are consenting to our use of cookies.
Learn more