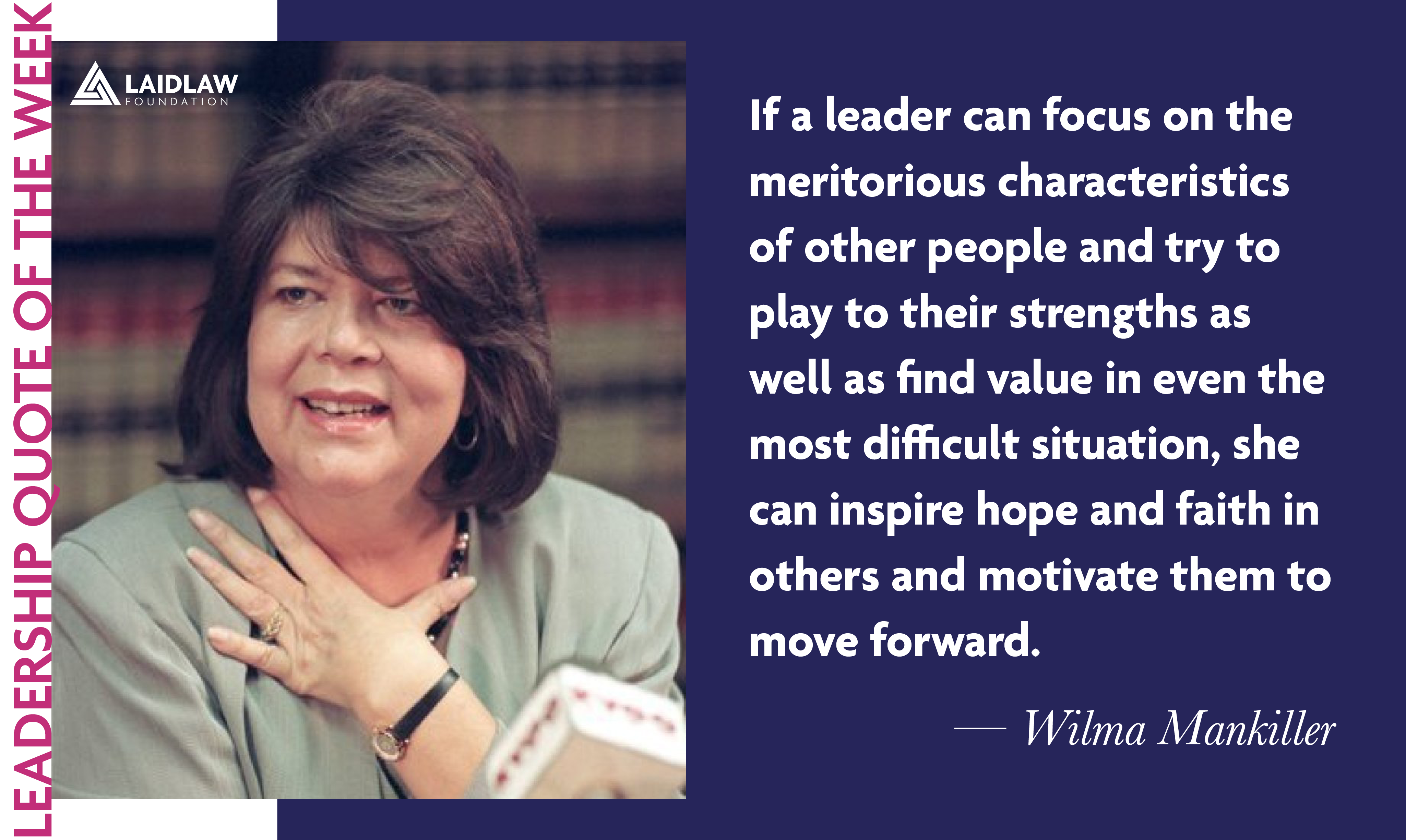 "Recognizing the good, not just in one’s own personal circumstances, but in the world, makes anything possible. When I am asked about the important characteristics of leadership, being of good, positive mind is at the top of my list. If a leader can focus on the meritorious characteristics of other people and try to play to their strengths as well as find value in even the most difficult situation, she can inspire hope and faith in others and motivate them to move forward."

Wilma Mankiller (1945-2010) was a Native American leader and activist, the first female Principal Chief of the Cherokee Nation, the largest tribe in the United States. She held the role for a decade, focusing on education, job training, and healthcare for her people. For example, she organized her community to build the Bell Waterline Project, an 18-mile water system that brought running water to tribal members. The project allowed Mankiller to push forward efforts to improve housing conditions and public health, ultimately creating the largest Native American-run healthcare system in the country.

She was inducted into the National Women’s Hall of Fame in 1993, and in 1998 she received the Presidential Medal of Freedom. Her autobiography, Mankiller: A Chief and Her People, was published in 1993.

The Director of a summer camp in Vermont, where I spent many wonderful summers as a swimming counsellor, used to say, look for the camper sharing their chocolate chip cookie, not the one spilling their milk. It has always stuck with me as an image.