What did I learn from my last day in Kyrgyzstan? Not just about petroglyphs and Kyrgyz taxis- I realised that in two weeks in Bishkek, my worldview might have changed.
Charlie Norman
Student, St Andrews University
Follow
Like Liked by Kayla Kim and 4 others

Somewhere in the town of Tokmok, Kyrgyzstan, there’s a taxi driver called Ruslan with an hour-long video on his iPhone. It’s mostly of me, an Englishman he’d known for 20 minutes before, walking around a field of old stones, and making the odd comment in broken Russian. It shows me smiling a lot. I’d survived Ruslan’s well-used taxi and his edge-of-seat driving, and although I’d still got the return trip to go, I was relaxed. After a morning of chancing, haggling, and travelling, I’d made it to my goal- the Burana Tower. A visit to the World Heritage Site, built in the 11th century, was on my Bishkek bucket list from the start.

It had been one of those days that even you find hard to believe, despite the fact you were there, and it happened to you. Not only because I got to go to the tower, but because, like on so much of the trip, I was amidst a completely new way of being. They say that travelling is a suspension of reality, but I think there’s more to it than that. Experiences like my final day showed me that I’d become a bit naïve, a bit comfortable, and a bit conformative, used to viewing the world through my life and from my desk in St. Andrews. I went to Bishkek to ask questions but didn’t come back with many answers or much of a tan (you could put on a souvenir T-Shirt). In fairness, though, neither of those were the point of my trip. I went to add depth, to find a new perspective, and I like to think I found it.

My favourite photo from the last day (and maybe the whole two weeks) was taken just before we left Burana. Whilst Ruslan was cooling down in the passenger seat of the taxi, I went for a wander. There, on the side of the road, was an intricately designed Soviet bus shelter (National in form, socialist in content), starkly geometric. Behind it loomed the tower, and just in the corner of my view stood a yurt, where a few minutes earlier I’d chatted to a lady selling kymys and feltwork to the few tourists on site. Silk Road, nomadic and Soviet, influences stretching back hundreds of years, still standing today in the landscape that had both shaped and been shaped by them. And living within them, between them, visiting them, using them, are people.

When I was proposing my project, it was clear that I wanted to take the concepts I was researching away from being abstract, to bring them into understanding people’s lived experiences and not just their abstract international relations. Even the actual purpose of my trip, to interview policymakers and academics about IR, was developed with this in mind. Although I could have asked questions over email or Zoom, I wanted the conversation to flow, to be there and to listen to what they wanted to say. I wanted to get their perspective not just as experts, but as people who lived around these questions. It’s maybe even a stretch to call them interviews- in the Presidential Administration, in universities and in Western-style coffee shops, they were conversations, and dialogues, and they felt genuine. I felt far more comfortable in writing my essay having talked to people and heard their voices. I’ll never write with, or claim to have, the authority on these issues over the people who live and feel them, but having seen and spoken and listened, I hope my research has gained another dimension, something that I could never have got second-hand.

Laidlaw has been more than just an exercise in researching IR. I’ve also practised a new ‘type’ of knowledge. Undergraduate studies are (inevitably) shallow. Try as we might, we can only get so much from modules about “Concepts” and “Basics” and “Introductions”, where we take ideas, theories and millions of people’s lives a week at a time. And from this, we claim to “know” so much. This project has been different. I used a theory of knowledge which was entirely new to me. Rather than trying to explain, I set out to ask how things are the way they are (Wendt’s Constitutive Theory, if you’re interested). This needs a new way of thinking about the world, and it’s one that spoke to me. I’ve always valued human stories, the micro not the macro of history and politics. Going to Kyrgyzstan, and speaking to people about IR, has shown me that what I care about isn’t really “high politics”. That’s for someone else- for me, it’s about how it impacts everyday life, the ordinary. Without individual people, societies and relations, there would be no international, no relations. The conversations about politics in the bazaars, the teahouses and on WhatsApp will always remind me of that.

I’d had no idea how I was going to get to Burana. The marshrutka had dropped me off on the bypass, and I had a long, hot, dusty walk through an industrial estate ahead of me. Five minutes in, with all my luggage, Ruslan had appeared. Leaning on his bonnet, drawing the last of his cigarette break, his Lada was parked on the side of the road. We haggled, I’d interrupted his break, but if I’d direct him to the tower, he’d take me and wait in the car park. A two-hour job. I paid about £4. Despite living 20 minutes from the site, Ruslan had never been in, and in the end, came with me. We walked up the tower, visited the museum, and he filmed it all. For posterity, I suppose. His enthusiasm for this history was infectious, and I couldn’t have asked for a better cameraman.

I was dropped at Tokmok bus station, Ruslan knowing I could get a shuttle bus back to Bishkek, and despite trying to convince me to drive two hours in the opposite direction to have tea with his family. But a minute later, I was in a shared taxi and had only had to cross the road. I think the hour’s journey cost me £1. Paul Theroux caught the train across Eurasia and spoke of the Tao of Travel. That, when you’re in the midst of people, and society, when you’re the outsider but make an effort to be “in”, things just flow. I found that- I had nothing planned, I did more than I imagined I could.

If at the start of the year, you told me that I’d do what I did in Kyrgyzstan, I’d have laughed at you. Interviews in government buildings, hours of journeying crammed into minibuses, the taxi driver who tried to marry me off. My first time out of Europe, a complete outsider. The entire way of being. I’d been in a rut for two years, doing IR from books, struggling personally. This trip was so outside my comfort zone that it is a cliché I’m not even going to use.

Can two weeks change how you think about the world? They’ve certainly shaped how I’m going to move forward. Behind every photo, every theory, every IR lecture, there are people and they have a story to tell. Looking and listening to them, being part of them. They have meaning and they have value in global politics and to us all. My trip to Burana was everything I hoped it could be, and I learned the value of experience. The next day, a taxi, two trains, two flights and an underground trip later- I was back home.

Turkish Womanhood in Social Science Research: A Reflection on the Analysis of the Revocation of the Istanbul Convention and its Impact on Rates of Femicide in Turkey (Blog Post) 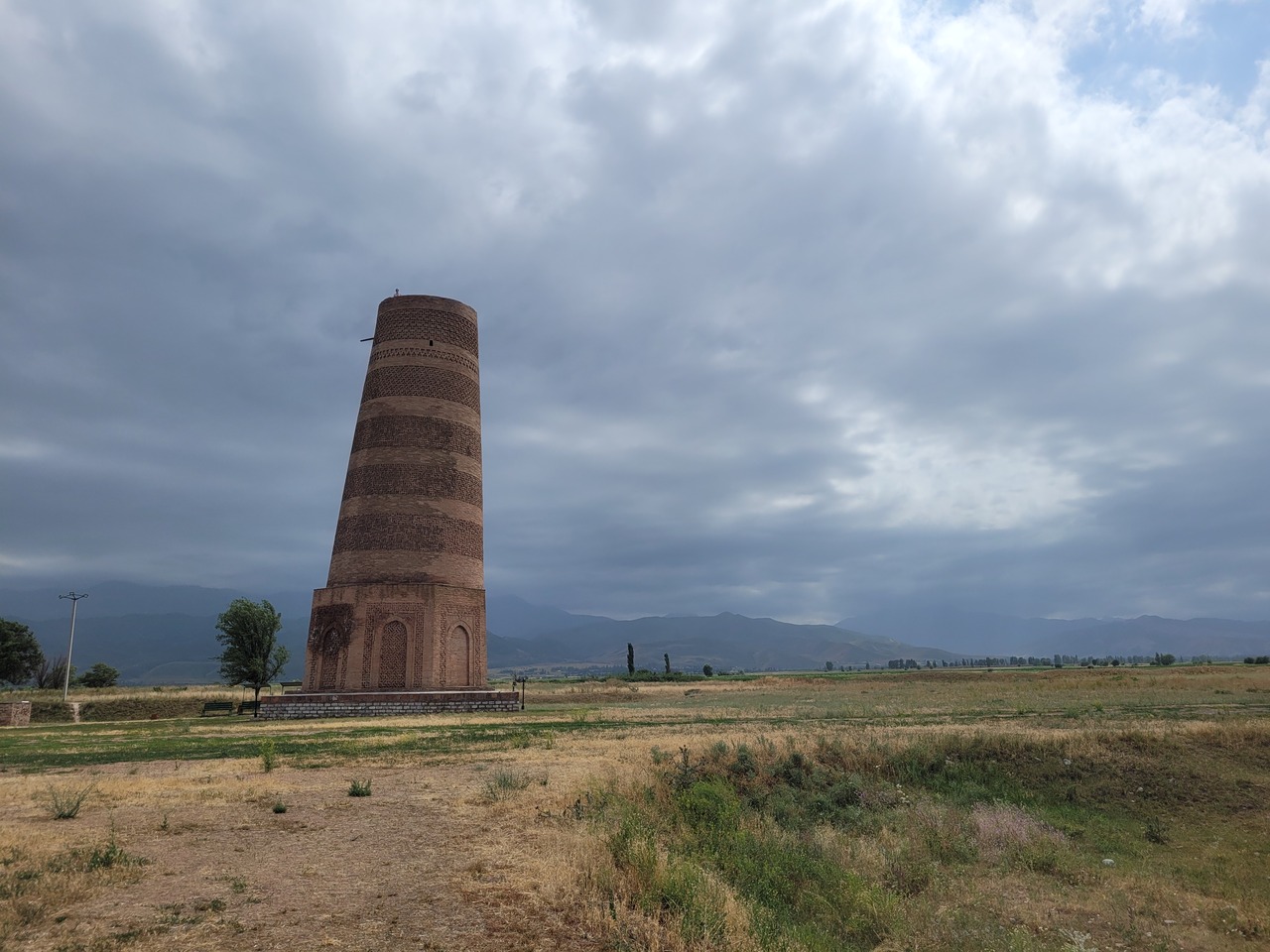 What did I learn from my last day in Kyrgyzstan? Not just about petroglyphs and Kyrgyz taxis- I realised that in two weeks in Bishkek, my worldview might have changed.