Five days into my fieldwork, and a very brief reflection on how real everything seems.
Charlie Norman
Student, St Andrews University
Follow
Like Liked by Kayla Kim and 4 others

We sit on the terrace of a Чайхана (teahouse), around plates of traditional манты, лагман and плов. I've been invited for dinner with a Kyrgyz family- father, daughter, and soon-to-be son-in-law. As the sun sets behind the apartment blocks on the opposite side of the street, the temperature finally drops below 37C. It's still unbearably hot, but a cooling breeze is finally blowing along the street. They tell me the heat’s unusual for Bishkek- it’s not usually this bad. They tell me not to let it put me off Central Asia- I assure them there is no risk of that.

Two generations- they both grew up in Bishkek, both educated at the same school. But as we talk, it becomes clear that they differ in more than just age. The same problems, different opportunities- two ways of looking at the world. They are well aware of this, and they’re the ones that point it out to me. They don’t need a researcher to point out that these questions have no easy answers, or that who we are, where we come from, and what we feel, shapes how we think about the world.

I’m here to talk to politicians, academics, and policymakers, and before I came, I prepared a list of questions. Multilateralism, foreign policy, identity- the topics of my project. Where Kyrgyzstan is in the world, and where its future lies. But I didn’t need to prepare. Over the national dishes of which they are proud (and rightly, deliciously, so), conversation flows. I’ve been struck by how candid and open people are with me. These aren’t easy conversations and at times, people become frustrated, angry, or tell me they feel lost, hopeless or powerless.  And it’s not surprising when parts of “who we are” are called into question (as one interviewee tells me). Recent affairs here have done more than put petrol prices up here- they’ve forced people to evaluate who they are, what their past is, and what language they speak at home. For some, it presents an opportunity; for others, it’s a loss, a challenge, and a great concern.

The extreme heat might be new for Bishkek, but what we talk about isn’t. My fieldwork is “elite” focused, but the same topics come up everywhere I go. I have the same conversations at bus stops and in the столовая as I do in universities and offices. The same themes in my conversations with embassy officials and members of the government as with fellow guests in the hotel and shoppers in the bazaar.

A stallholder in Osh Bazaar tells me his name as he pins a Soviet “pioneer” badge to my chest. «Бесплатно» (free), Nurlan says. We talk about how horrible the current affairs are now, how sad it all is, and how he wishes it were different. He remembers Soviet times fondly- we were all friends then, he tells me, but we’re not all friends now. My Russian helps- my Kyrgyz is sorely lacking. Aliya wasn’t born when Kyrgyzstan became independent, but as we haggle over a traditional teacup (I’ve quickly grown to love the national drink), she tells me how confused it makes her feel. Something I hear time and time again- I’m Kyrgyz, but I’m not just Kyrgyz.

I set out on this project to be an interpretivist. I don’t have a hypothesis I want to confirm or disprove, and I don’t have an agenda. I wanted to come to hear what people had to say. I wanted to come here because I wanted people to know I was listening. I didn’t know what to expect when booked my flights- I had a list of potential interviewees and a list of potential questions. I didn’t need either. I came here to do more than just study. I came to talk, and to listen. I didn’t come to explain, but to understand. And it’s a good job because, as people tell me, there are no answers. But we’ll have the conversations all the same.

Campbell MacPherson
about 2 months ago

Fascinating Charlie! Enjoy the rest of your time in Bishkek.

Nation Building and Nation Branding on the Streets of Bishkek 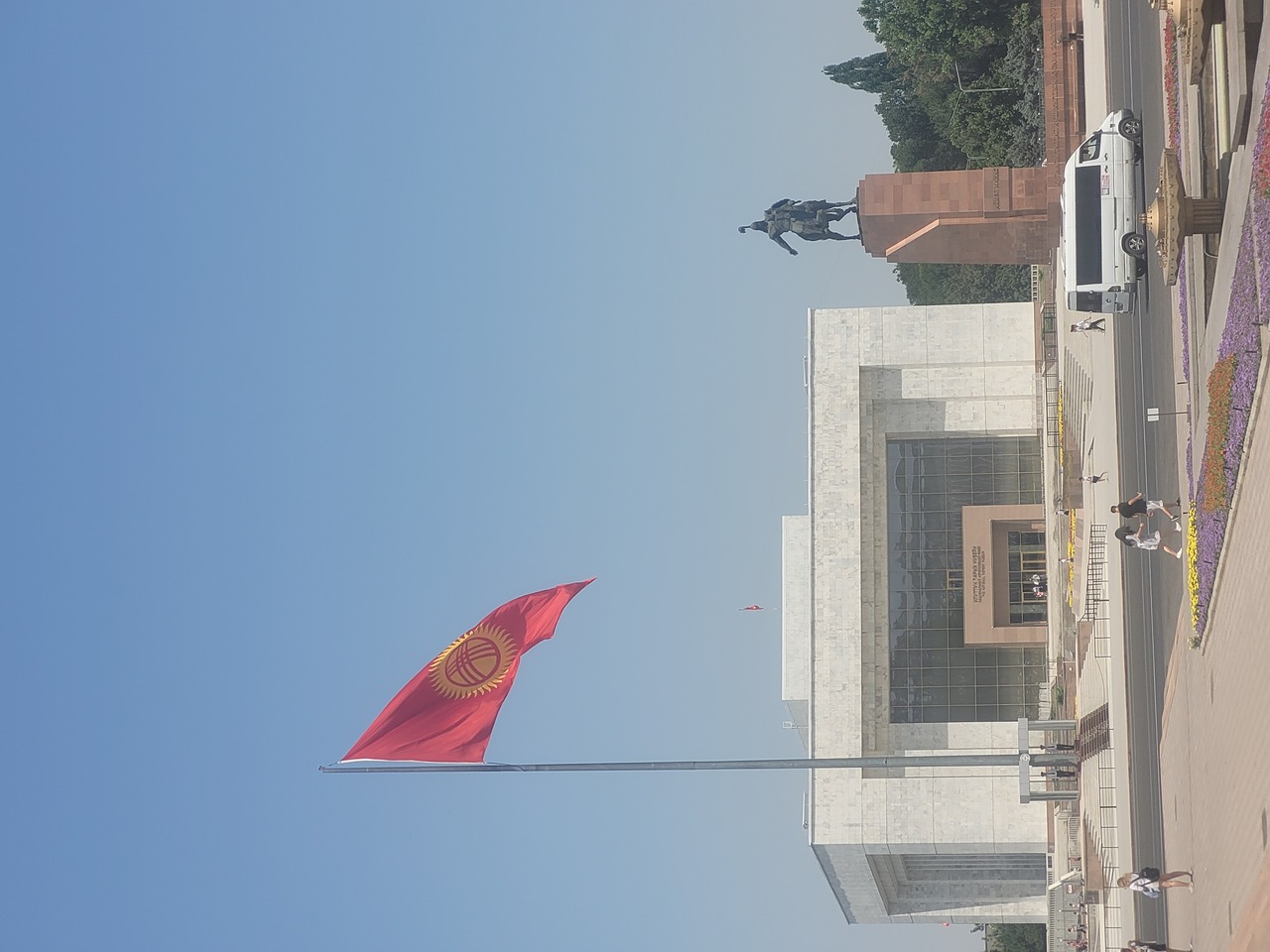 Five days into my fieldwork, and a very brief reflection on how real everything seems.