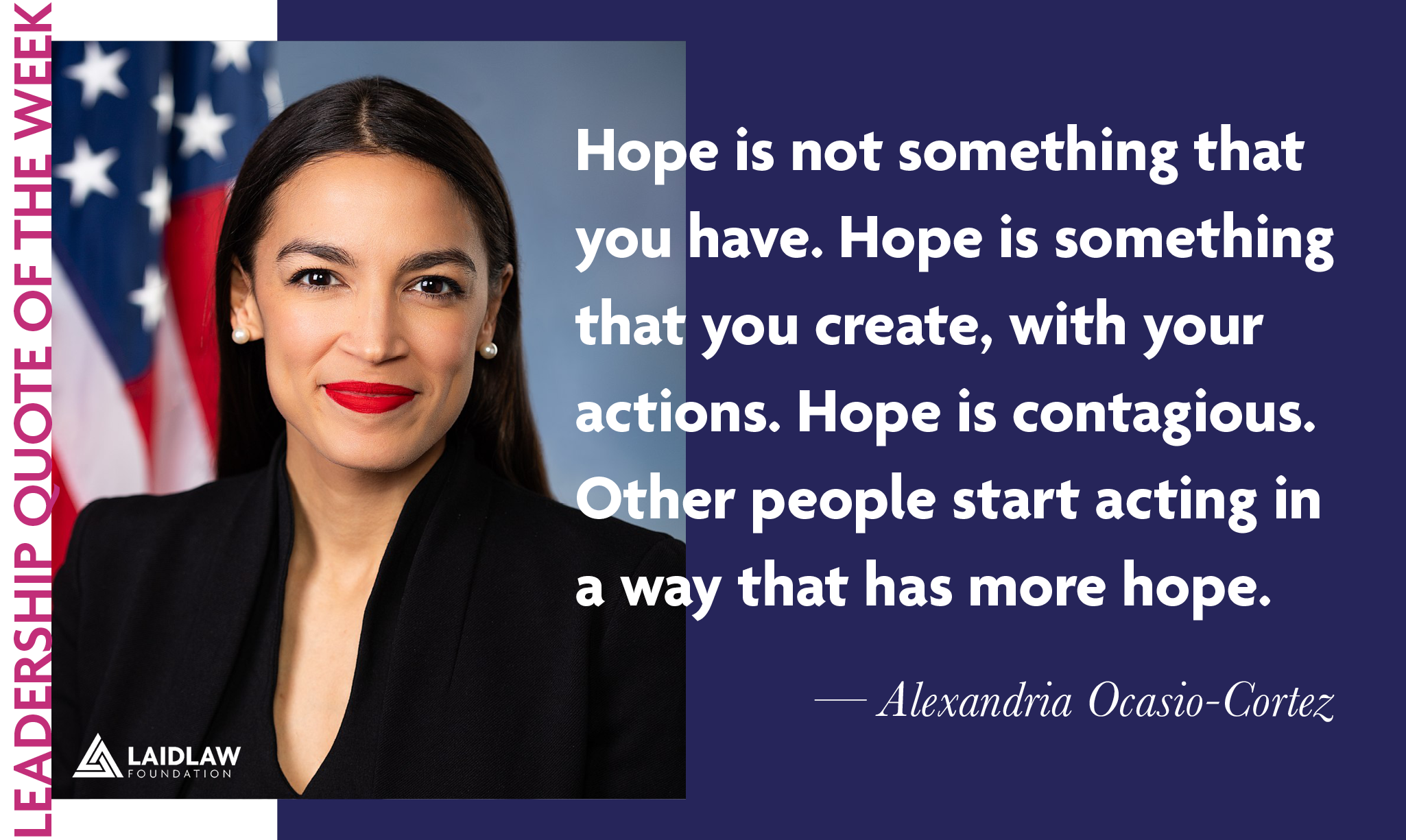 Alexandria Ocasio-Cortez (1989-) is an American politician serving as the U.S. Representative for New York's 14th congressional district. She is a member of the Democratic Party. Taking office at age 29, Ocasio-Cortez is the youngest woman ever to serve in the United States Congress.

AOC beat 10-term incumbent Joe Crowley in the Democratic primary to represent New York’s 14th District in June 2018, and has been known for advocating for social, racial, economic, and environmental justice. She has ran on issues such as the Green New Deal, Medicare for All, a federal jobs guarantee, and abolishing ICE.

TIME: "Ocasio-Cortez threatens the status quo, bringing a youthful impatience to a set of policies popularized by Bernie Sanders’ 2016 campaign, like Medicare for All and tuition-free public college. [...] Hers is the politics of the possible, not the practical."

In the latest episode of The Good Leader, University of Toronto Laidlaw Scholar Sanjna Ullal named Alexandria Ocasio-Cortez the most-coveted guest for her podcast, Women Advocating for Change, saying: "She really has been such a source of inspiration and hope for a lot of people who had otherwise lost hope with electoral politics and the like. I think she’s reminded a lot of us that [...] it’s really possible to fundamentally change things and not only is it possible but also necessary."

Listen to the full episode here.

Leadership is About the Strength of One's Convictions

Kayla Kim
Your Setbacks Will One Day Help You Succeed
Computer Science Diversity and Inclusion Leadership
Leadership, Leadership Quote of the Week

Kayla Kim
Laidlaw Scholars Network
We use cookies to help improve your experience. By continuing to browse our website you are consenting to our use of cookies.
Learn more