You May Encounter Defeats, But You Must Not Be Defeated 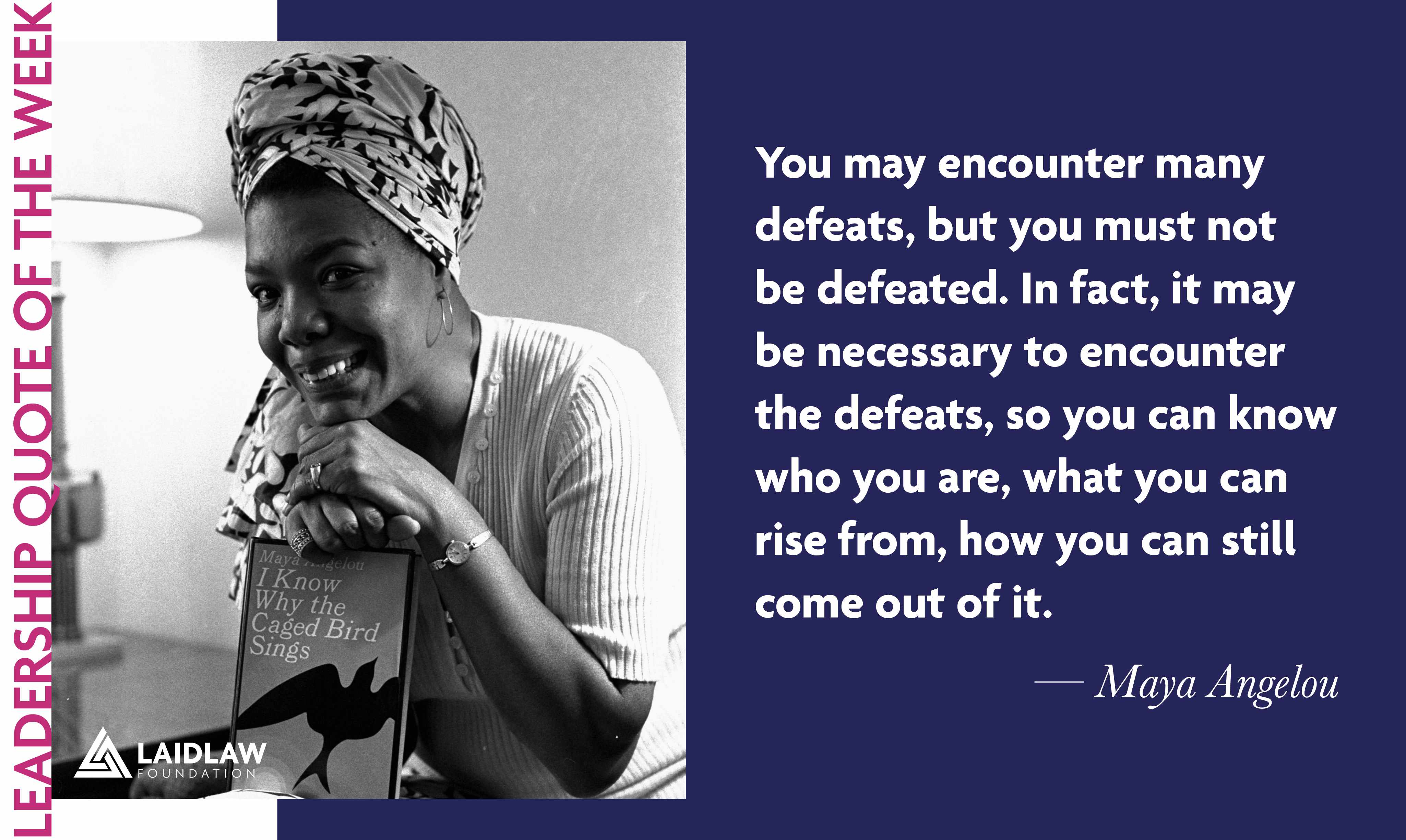 "You may encounter many defeats, but you must not be defeated. In fact, it may be necessary to encounter the defeats, so you can know who you are, what you can rise from, how you can still come out of it."

Maya Angelou (1928-2014) was an American poet, memoirist, and civil rights activist whose several volumes of autobiography explore the themes of economic, racial, and sexual oppression. Angelou is best known for her series of seven autobiographies, which focus on her childhood and early adult experiences. The first, I Know Why the Caged Bird Sings (1969), tells of her life up to the age of 17 and brought her international recognition and acclaim.

Her honors included a Pulitzer Prize nomination for her book of poetry, a Tony Award nomination, and three Grammys for her spoken word albums. She served on two presidential committees, and was awarded the Spingarn Medal in 1994, the National Medal of Arts in 2000, and the Presidential Medal of Freedom in 2011. Angelou was awarded more than fifty honorary degrees.

When You Find Problems, You Should Also Find Solutions
Economics Leadership
Leadership, Leadership Quote of the Week

+1
Emma Franck-Gwinnell (she/her) and 1 other
Laidlaw Scholars Network
We use cookies to help improve your experience. By continuing to browse our website you are consenting to our use of cookies.
Learn more