You Have To Know What Sparks The Light In You 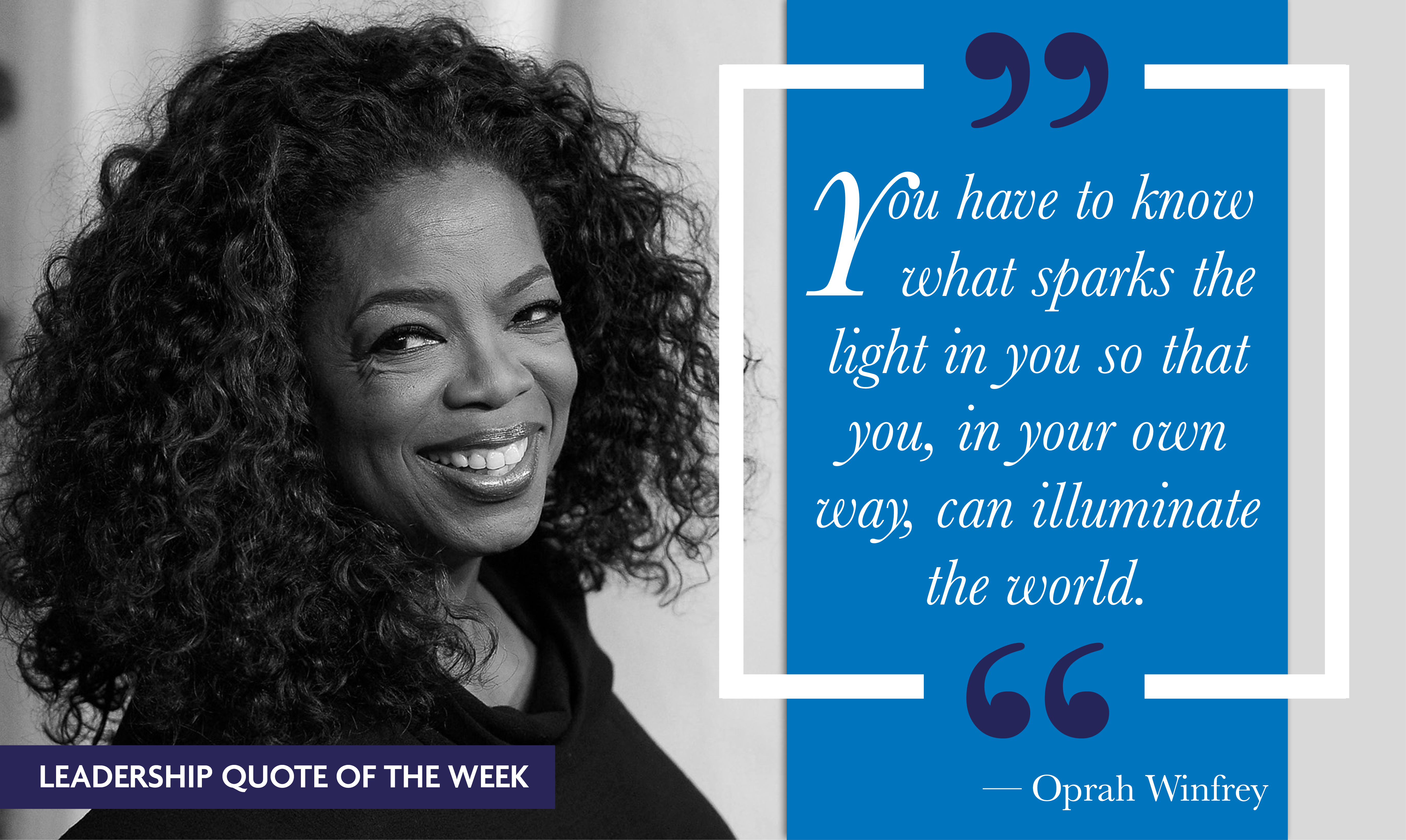 "You have to know what sparks the light in you so that you, in your own way, can illuminate the world."

Oprah Winfrey (1954-) is an American talk show host, actress, television producer, media executive, and philanthropist. She is best known for her talk show, The Oprah Winfrey Show, which ran for 25 years from 1986 to 2011, and was the highest-rated TV programme of its kind in history.

Oprah is often referred to as the "Queen of All Media". She was the richest African American of the 20th century, and North America's first Black multi-billionaire. In 1994, she was inducted into the National Women's Hall of Fame, and in 2004 she ranked the greatest black philanthropist in American history by Businessweek. In 2013, Winfrey was awarded the Presidential Medal of Freedom by President Obama and honorary doctorate degrees from Duke and Harvard.

Technique and Ability Alone Do Not Get You To The Top
Leadership
Leadership, Leadership Quote of the Week

+1
Brandon Yu and 1 other
Laidlaw Scholars Network
We use cookies to help improve your experience. By continuing to browse our website you are consenting to our use of cookies.
Learn more