You Don't Make Progress By Standing On The Sidelines 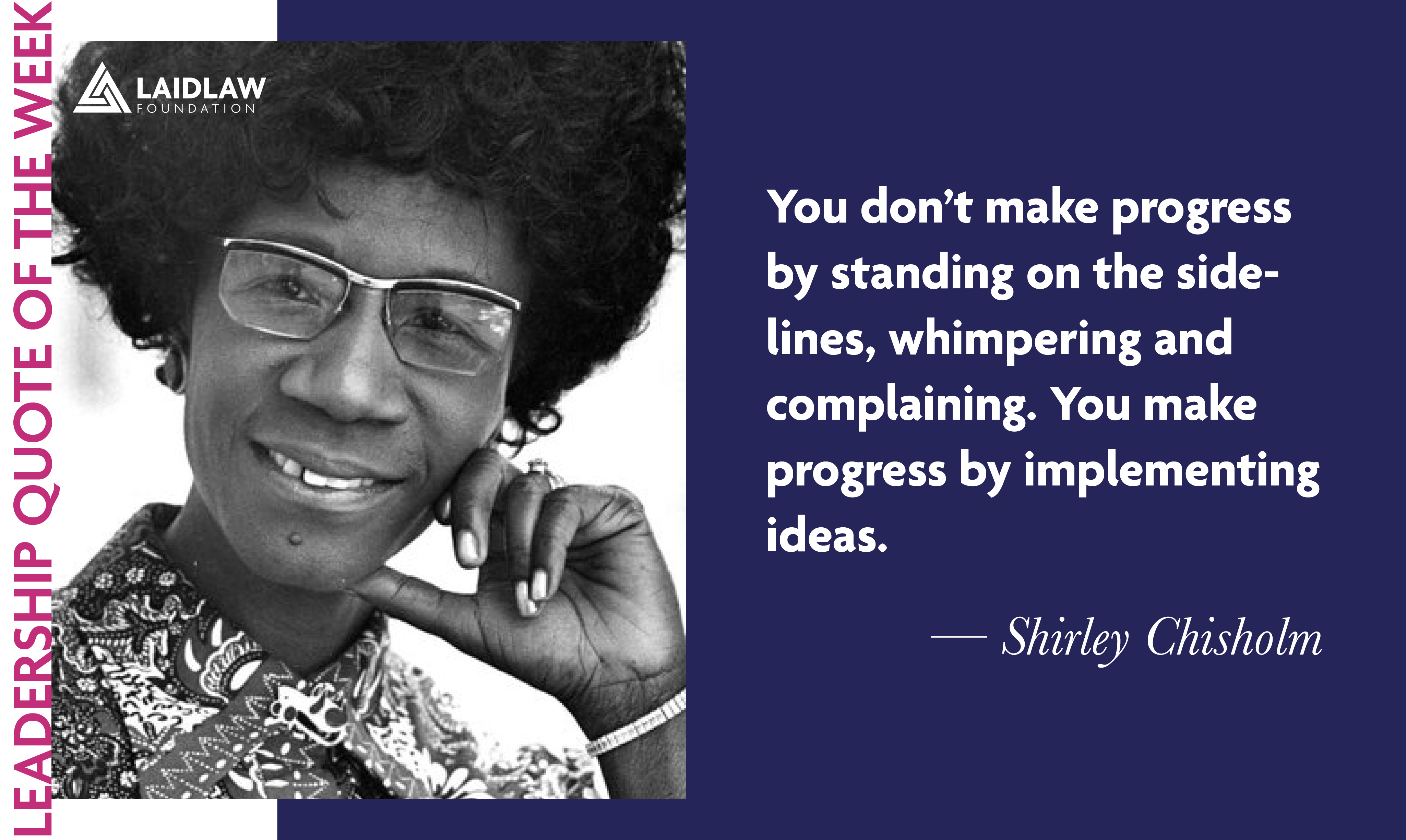 In 2015, Chisholm was posthumously awarded the Presidential Medal of Freedom.