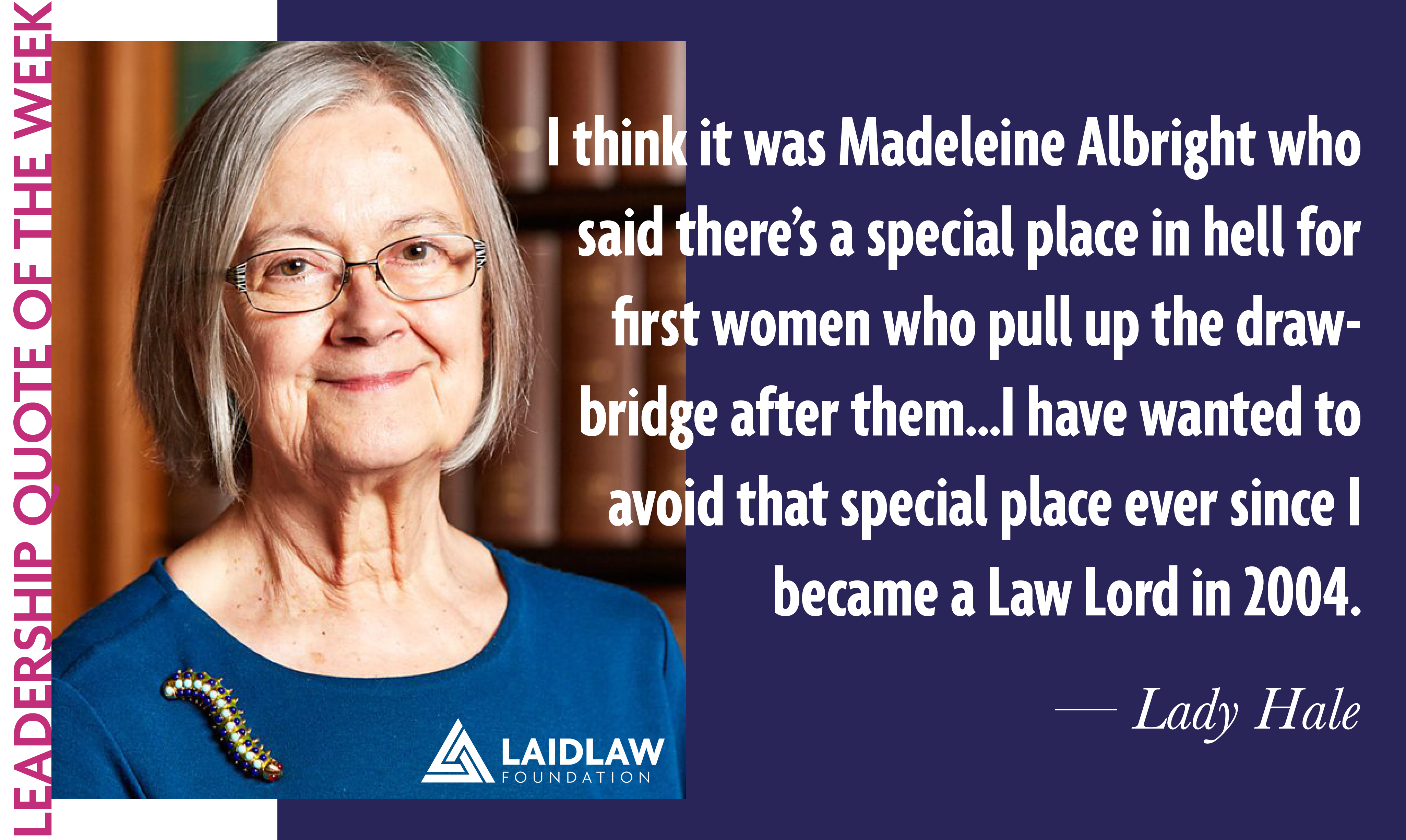 "I think it was Madeleine Albright who said there's a special place in hell for first women who pull up the drawbridge after them...I have wanted to avoid that special place ever since I became a Law Lord in 2004."

Brenda Hale, Baroness Hale of Richmond DBE PC FBA (1945-), also known as Lady Hale, is a British judge who served as President of the Supreme Court of the United Kingdom from 2017 to 2020, and serves as a member of the House of Lords as Lord Temporal.

She was the first girl at her school to go to Cambridge University, first female Law Lord, and first female justice of the UK Supreme Court. Her chosen motto “Women are equal to everything” summarises her commitment to achieving diversity and democracy in the judicial system, and helping other women achieve greatness.