The Global Leadership Foundation: A reflection on my short but insightful look into the world of ‘former’ global leaders.

The Global Leadership Foundation (GLF) is a not-for-profit foundation that aims to support effective political leadership and good governance, through a network of former presidents, prime ministers and other senior leaders (full list https://www.g-l-f.org/who-we-are/glf-members-listed-by-region/) who make their experience available discreetly to political leaders in power today.

The purpose of this blog post is to reflect on my interactions and experiences with the GLF, which consisted of a 2-week work experience at GLF Secretariat’s office in London, as well as a discussion of my 2021 Laidlaw Research Paper with a GLF member.

This journey begins in October 2021, a month after having uploaded my summer one research paper onto the Laidlaw Scholars Network, not thinking I would have much further to do with Laidlaw until my Leadership-In-Action project in Summer 2022. To my surprise, I received an email forwarded to me by Kayla, the Laidlaw Marketing Manager, saying that Rt. Hon. Joe Clark, the former Prime Minister and Foreign Minister of Canada, was willing to discuss my research paper on ‘Linking Political Orientation and Environmentalism in Canada’. This email was of course sent by Sir Robert Fulton, CEO of the GLF, who looks through weekly round-ups on the Laidlaw Scholars Network for any research that might align with the work or expertise of a GLF member, hoping to foster a meaningful discussion on that particular topic.

For the next few months, I engaged in a very insightful and critical discussion of my research paper with Mr. Clark. This discussion was crucial to understanding the weaknesses and oversights made in my paper, and what I would change if I were to do it again. Whilst Mr. Clark was not working directly on behalf of the GLF, it was only made possible by Sir Robert, who kindly connected us together in the hope of a constructive and engaging discussion of my research topic, for which I am very grateful.

Skip forward to the first week of May 2022 where I begin my work experience, I sit down with Sir Robert, who describes in greater detail to me the principles and the work of the foundation. The foundation was set up by F.W de Klerk, former President of South Africa, to help establish a network of individual leaders motivated by a desire to help current leaders tackle challenges similar to the ones that they faced. These leaders know first-hand the difficulties of political leadership. GLF allows these leaders to use their experiences to give frank, objective and private advice, through projects usually in small groups, on specific issues to sitting heads of government, whilst maintaining the importance of democracy, the rule of law, human rights, sustainable development and peace and security in these discussions.

Some areas where the GLF has made a difference through its projects since its founding in 2004:

In my two weeks at the Foundation, I saw that the GLF continues to tackle the issues above, despite changes to their operating circumstances during the pandemic. The foundation reacted pragmatically to the restrictions on in-person projects by organizing internal member’s forums, with regional GLF members gathering over zoom to discuss potential avenues for positive engagement towards problems that have developed during the pandemic.

Being interested in politics most of my life, and committed to seeing the ways in which humanitarian suffering can be reduced, this experience allowed me to see the crucial role that good governance plays in saving lives from conflict, and enriching them through development, and how ex-global leaders continue to work towards achieving these goals. I was asked to develop research reports to help contextualize the agendas for some of the forums that took place for pathways to increased regional security and development, which probably turned those 2 weeks into the most educational 2 weeks of my life.

What I found particularly impressive and admired was the GLF’s commitment to discretion, neutrality and independence. Whilst many not-for-profit organizations would strive to get as much money in fundraising as possible, to maintain neutrality and independence, the GLF limits how much a donor can give (no more than 10% of annual operating cost), and has a diverse set of international companies and individuals who donate to them. This rule allows them to maintain their key principles, as it prevents them from being beholden to any particular donor’s individual interests. No one donor can ask them to pursue a particular topic or policy agenda when carrying out a project, which is important given how politically sensitive some of their projects are, and which ensures they have the full trust of the leader with whom they are speaking. Donors are invited to the GLF annual conference, where GLF members convene for panels discussing pressing global matters, and donors get to interact with these ex-leaders, strengthening the network the foundation has and uses towards developing and organizing efficient project visits. This process fosters integrity, something which I saw was placed on the highest pedestal by the secretariat and its members when conducting their processes.

This also sets them apart from some other organizations that work with ex-global leaders, such as the Elders and the Club De Madrid. Whereas those two organizations are more public about their work, and accept more in donations in their fundraising frameworks, the GLF chooses to operate much more discreetly, and independently. Whilst this has prevented the GLF from becoming as publicly known, it has helped maintain trust and discretion throughout their network and in their projects.

In a field where success is extremely difficult to calculate, the GLF remains committed to its principles, and has allowed me to see the important role that ‘ex’- global leaders play in today’s political arena. From what I saw, the majority of these political leaders have stayed active and influential, long after leaving office. One of my biggest learnings through this process, I suppose, was that the organization making the most noise may not necessarily be having the biggest impact.

“GLF offers a wealth of experience for those facing complex challenges stemming from the pandemic, climate change and geopolitical instability. Its Members’ integrity and discretion enable political and business leaders to examine contemporary challenges with former leaders who have faced similar problems.” Helen Clark, GLF Chair. Prime Minister of New Zealand (1999-2008), Administrator of the UNDP (2009-2017)

I thank Sir Robert Fulton, and the whole GLF secretariat, for the wonderful opportunity.

Hello there! My name is Aly, and I am a British undergraduate student at the University of Toronto, currently doing an International Affairs Specialist, with a Minor in Sustainability.

My research project is → Linking Political orientation and Environmentalism: An analysis of changing environmental attitudes and subsequent party support in Canada. In my project, I aim to analyze the changing link between environmental attitudes and party support/political orientation in Canada, using Canadian Election Studies data from 2015 and 2019, and comparing my results with results from a previous study which carried out similar analysis on data from the 2004 and 2006 elections. I also hope to inform my analysis with a discussion of provincial differences in these links, hoping to shine a light on possible avenues towards improving engagement with voters for provincial elections which may help Canada in its terrible track record on improving its environment.

Asha Mior
about 1 month ago

Wow Aly, this is so impressive!!

Thank you so much for sharing this Aly! Insight into a fascinating organization. I'm glad things like this exist in the world... "The organization making the most noise may not necessarily be having the biggest impact."

Super stoked for you Aly, sounds like a jam packed summer! Amazing how far Laidlaw can take us, all the best :D 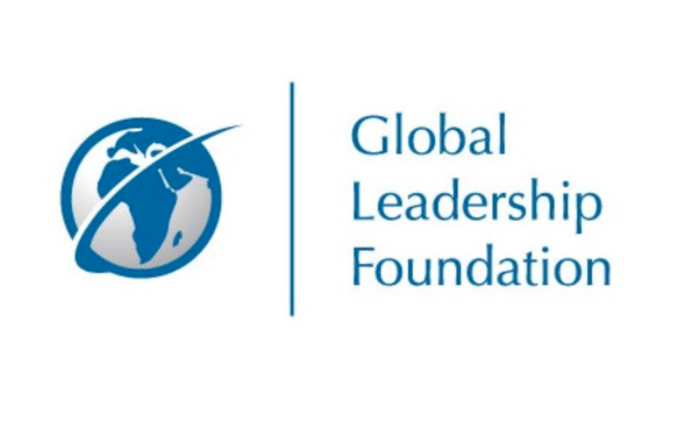 The Global Leadership Foundation: A reflection on my short but insightful look into the world of ‘former’ global leaders.