This post contains a brief summary of my Leadership in Action work in summer 2 of the Laidlaw Programme. I have found it exciting, a little chaotic, and hopefully a good start to a long-term process.

This summer proved incredibly challenging but allowed me to explore the various institutions and programs that exist and relate to my interests, both professionally as well as personally.  My aim was to draft and pitch policy pertaining to the regulation of the uses neuroscientific evidence in the actuarial methods of forensic psychologists in predicting recidivism.  I studied the most up-to-date developments in the scientific field regarding fMRI scans and recidivism, as well as the methods of psychologists in formulating potential risk assessments of neurodevelopmental disorders, mainly in adolescents.  Their overlap was startling in their focus on neurodevelopmental theories relating to self-control, however I found one form of inquiry being adopted by psychologists that aided in such predictions that was susceptible to being conducive to discrimination.  Its red flags paralleled the report I posted on ‘Future Dangerousness’ in my first summer.

The line of inquiry is an emerging field called Population Neuroscience.  It was designed to discover the health effects of poverty, and its impact on the physical brain.  It stratifies brain phenotypes depending on socio-economic status, in categories it deems ‘relevant populations’ and aims to measure the varying effects on neurodevelopmental issues that arise due to things like malnutrition and smoking during pregnancy.  As a medical heuristic, it is an environmentally inclusive means of finding effective treatment and identifying external issues to development.  It has been deemed ‘representative’ and ‘holistic’ by psychologists. However, the overlap of factors it considers in risk prediction paired with the developments in using fMRIs to predict recidivism, makes a potential use of such stratifications and socioeconomic correlation to phenotype prone to be discriminatory. If Population Neuroscience shifts from being a psychological heuristic to a component of a forensic psychologist’s actuarial method of predicting recidivism, it will perpetuate social biases associated with class, and potentially race.

To learn how to draft policy I attended a Policy Camp hosted by the EU Brussel’s School of Governance.  I was in correspondence with an advisor to an MEP and was given sources referenced in their Think Tanks.  I then reached out to a law graduate in UCD named Tommy McDarby to help relate my preventative measures against Population Neuroscience and recidivism predictions to Ireland’s legal system and its requirements for admissibility of such evidence, as well as expert testimony.  He agreed that this policy should be enacted in a preventative fashion, and that through an appeal to O’Malley J, Obiter remarks, the widening approach to psychiatric evidence needs to be controlled.

My work will continue throughout this year, as Tommy sent me work for varying strengths of regulation, both policies, and drafting a bill.  I will be in correspondence with TASC, and the Irish Penal Reform Trust throughout its development, and hopefully start the process for a regulation I consider crucial to set the standard for developing methods of applying empirical evidence to legal concepts like criminality.  Throughout my Laidlaw research, I’ve found that the biggest factor in a cognitive science’s becoming pseudoscientific and/or socially damaging is the excitement of scientists around the possibilities of new technology.  In the well-intentioned haste to put the technology to use, the consideration that their methods and interpretations may oversimplify the new, detailed, and exciting results they, understandably, believe advanced technology will equip them with.  Especially where understanding the human condition is concerned, the philosophical ‘mind-body’ gap will shadow the applicability of neuroscientific conclusions, most powerfully in the legal sphere. 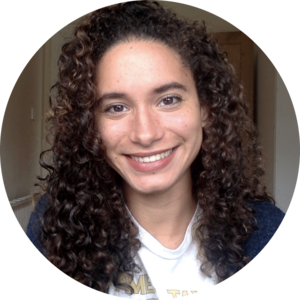 I am a third-year TSM student in Trinity College Dublin for History and Philosophy. My research project aims to establish a multitiered argument against the use of Future Dangerousness in American criminal court, especially in capital cases. I outline the concept of Future Dangerousness, its uses, and how its fundamental inconsistencies facilitate miscarriages of justice than continue into today.
Follow
Laidlaw Scholars Network