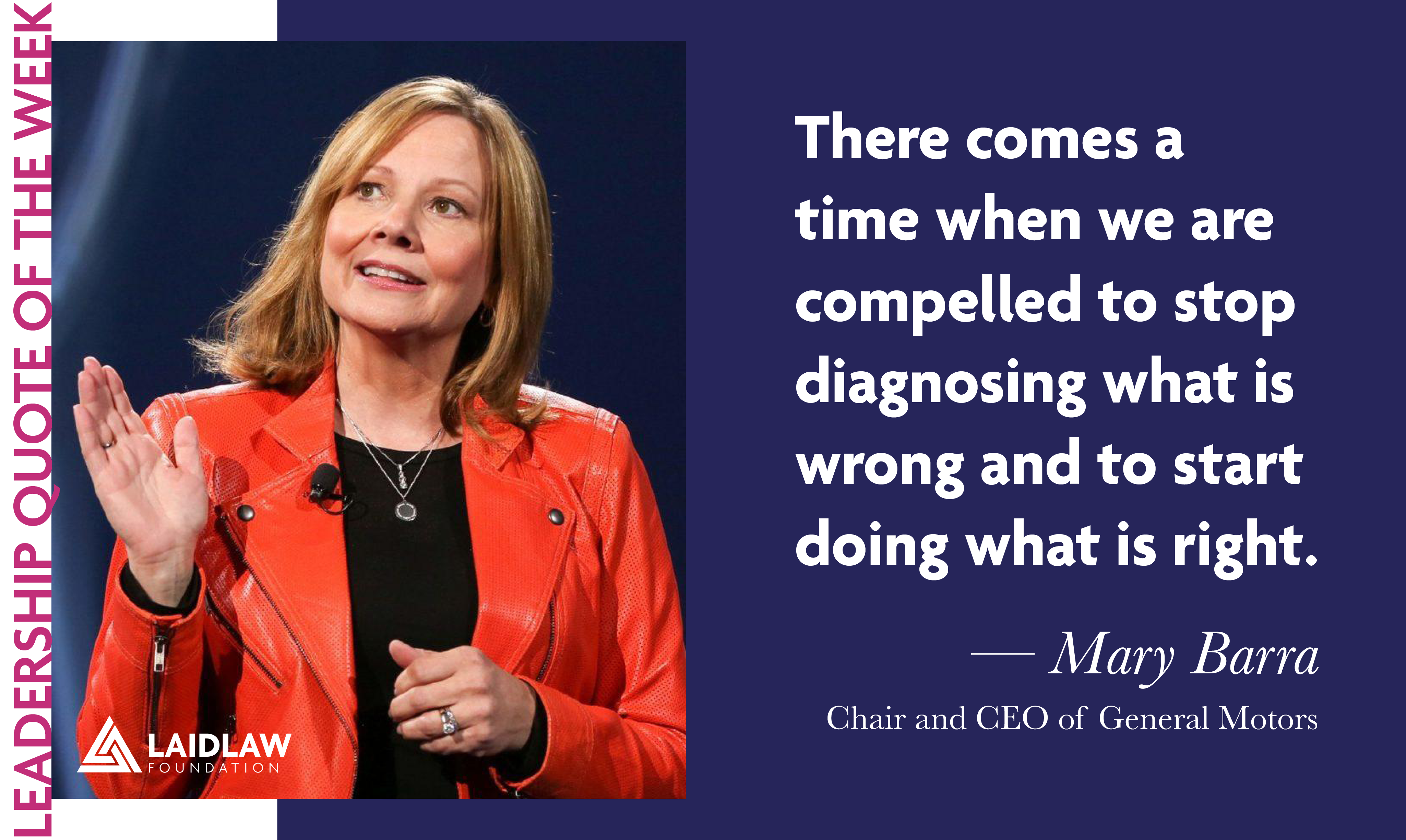 "There comes a time when we are compelled to stop diagnosing what is wrong and to start doing what is right."

Mary Barra (1961-) is an American businesswoman who has been the chair and CEO of General Motors Company since 2014. She is the first female CEO of a major automaker.

Barra was listed as 35th on Forbes Most Powerful Women list, in 2013, rising in rank to second most powerful, in 2018. She was first in Fortune's Most Powerful Women list in 2015 and 2017. In 2014, Barra was featured on the cover of Time's "100 Most Influential People in the World." In 2018, she was awarded the Yale Chief Executive Leadership Institute's Legend in Leadership Award.

Following the Black Lives Matter protests, she released a statement, urging leaders to move from the passive discussion of the causes of racism, and written statements denouncing it, to driving immediate, active change by asking not “why" but “what are we going to do?”

Read Barra's full statement about how GM is going to combat racism.

You Had a Purpose Before Anyone Had an Opinion
Leadership
Leadership, Leadership Quote of the Week

You Had a Purpose Before Anyone Had an Opinion

Amnesty International UK's Festival of Children's Rights: join us for an inspirational and energising weekend of activism!

Dream with Ambition, Lead with Conviction