“I Brought You Into This World, I Can Take You Out”: The Relationship Between Black Popular Culture and Corporal Punishment In The Black Community 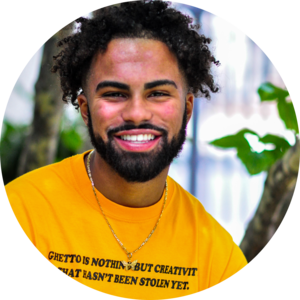 Tyler Campbell, a Laidlaw Scholar at Columbia University, on his research “I Brought You Into This World, I Can Take You Out”: The Relationship Between Black Popular Culture and Corporal Punishment In The Black Community" 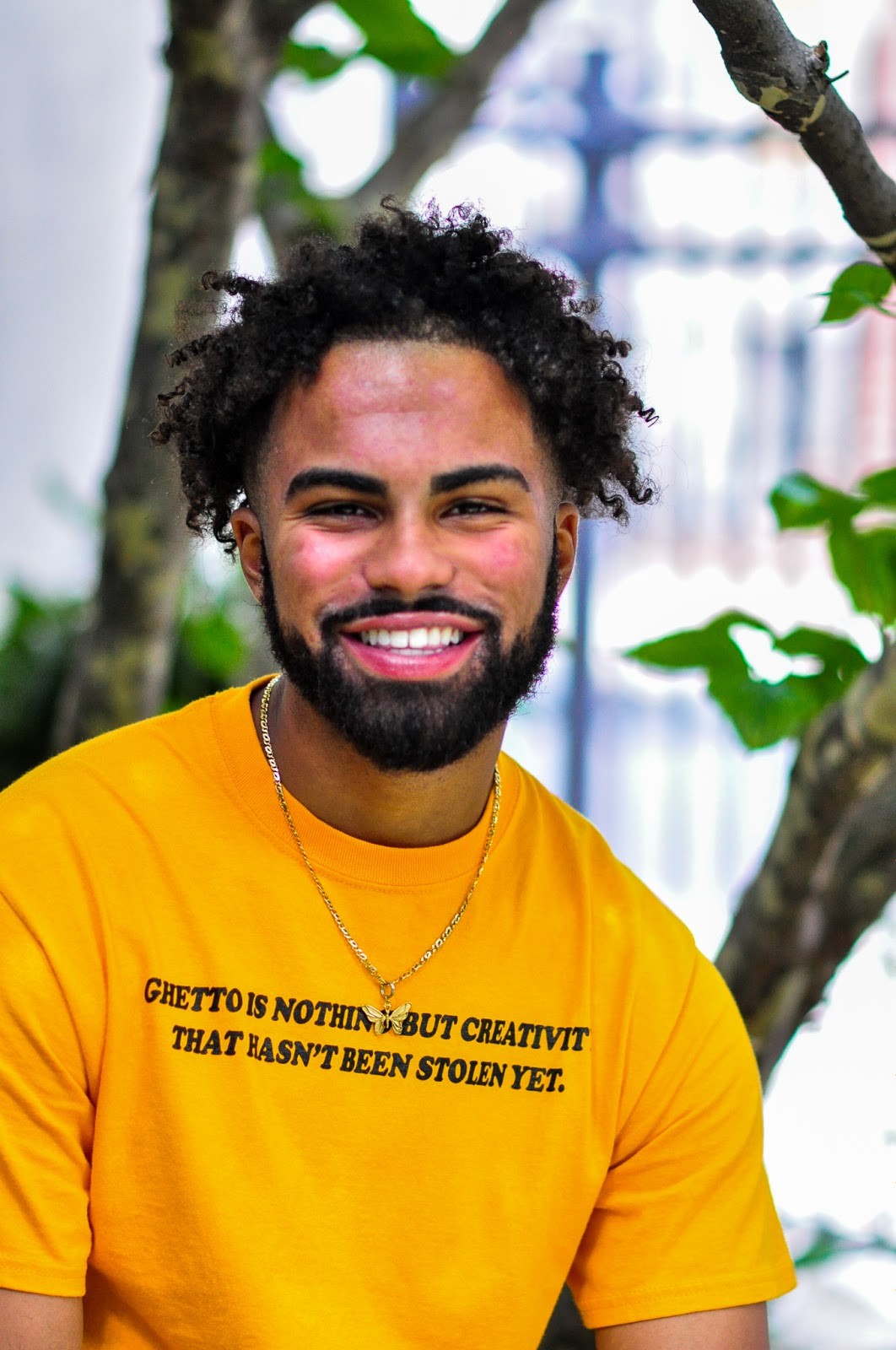 Despite five decades worth of research published by the University of Texas at Austin which concluded that hitting children as a form of punishment for poor behavior is ineffective and, in fact, has an overwhelmingly negative impact on long-term child development, numerous end of the year studies published by Dr. Stacey Patton and the Pew Center for Research show that Black children are consistently mistreated and killed at significantly higher rates than white and Latino children. One study went as far as argue that Black children are more likely to be assaulted, seriously injured or killed by a family member than by the police or a neighborhood watchman. The goal of my research is to figure out why these disparities exist and investigate the role Black popular culture plays in contributing to increased rates of corporal punishment in Black families within the United States.

For the sake of my project I defined “Black popular culture” as any form of media that has both mass accessibility and appeal. Thus, I analyzed social media posts from or about Black people (Instagram & Twitter), stand up comedy specials by Black comedians, sitcoms and films featuring majority Black cast, and songs written by Black artists for representation or mention of physical discipline.

I hope that in the end my research can serve as something not used to demonize the parenting methods that have been widely practised in the Black community for centuries, but to show people that the messages given to them about corporal punishment are not based on facts and are seriously harming our beloved children.

Growing up, the legitimacy and the morality of physical discipline was often a topic that was hotly debated within my own home and in my community at large. I grew up in a multicultural family with one side of my family — the African American side — championing the effectiveness of beating or otherwise hitting a child for poor behavior; this is something that had been practiced in my father’s family for generations. My mother's family embraced the method of raising a child without the need to hit them when they misbehave. My mother was all about negotiation, time-outs, or simply just talking with me when I was out of line.

Now, as a young adult, I get into debates all the time with Black friends about how we will discipline our future children, and many of them still believe physical discipline is the way to go. Conversations like this sparked my initial curiosity to know why this practice is so ingrained in Black culture. I noticed since I was young that around the debate of corporal punishment there is a lot of opinion-based rhetoric cited but rarely any information supported by facts. So, naturally, I had this real desire to go out and get the facts.

One of the best and most underrated things about being a Laidlaw Scholar is being in a cohort with other Laidlaw Scholars who are equally as passionate about their research and growth as myself. I am someone who loves to be around other people and be able to hear them share their ideas as we all build a community together. Some of the the best ideas I have ever had came from just sharing space with other passionate thinkers in my Laidlaw cohort at Columbia.

There was a particular moment one morning before all of us went to do our separate research when we all got together and made breakfast as a group. I remember one of my closest friends teaching me how to cook sweet plantains on the stove and just all the laughs and joy we all shared that morning and I am forever grateful for times like that with the amazing people in my Laidlaw cohort.

By far the biggest challenge I've faced while conducting my research was a coming up with a distinct methodology to go through the various materials of Black popular culture depicting the physical discipline of children. From the moment I began researching, the sheer abundance of mentions or depictions of corporal punishment was overwhelming. I was at a loss for how to begin to go through it all and make meaning of anything. With the help of my Laidlaw faculty mentor, I was able to devise a plan that consisted of me watching hours and hours of stand up comedy and Black TV sitcoms, which was both hilarious and exhausting but through this process I learned how to take diligent and concise notes and how to stay focused on the task at hand.

Being a Laidlaw Scholar at Columbia University is an exciting opportunity and I am both humbled and honored to have been chosen to participate in the program. The chance to pursue a topic that really interests me has been invaluable and the level of support has helped me reach my goals as a scholar and a researcher.

I love Huey P. Newton, founder of the Black Panther Party. His book Revolutionary Suicide changed my outlook on life. The way he led the Panthers was pure genius. Mass media often portrays the Panthers and Newton as violent gun-toting thugs whose goal was to cause harm. This couldn’t be further from the truth. Newton himself held a Ph.D. in Social Philosophy and graduated from Santa Cruz University Law School. Newton used his knowledge of the law to protect Black residents of Oakland from the the racist police department who were notorious for using excessive force and wrongfully imprisoning Black people. Another thing I admire about Newton is his idea to implement a free breakfast program for inner city children. In 2020, the importance of a good breakfast for children is common knowledge, but in the 60’s and 70’s, there was no research or real public knowledge about this — Newton was ahead of his time in recognizing that this is what the kids really needed. In any rally or protest, and even for the breakfast programs, Newton was on the front lines, working with the lowest ranking members of the Panthers. Newton was a man of the people; not above the people, which is what I admire most about him.

Can you describe a scene from the future you are striving to create?

I am always striving to create a future where everyone, regardless of race, class, gender identity, sexual orientation, or ability, is able to truly have freedom. To quote the late great Nina Simone “I'll tell you what freedom is to me: no fear. I mean, really, no fear!”

I dream of a future where everyone currently oppressed by systems of power can experience a world with no fear.

📺 Currently binging: The Boondocks. Aka the greatest political satire/cartoon ever created. 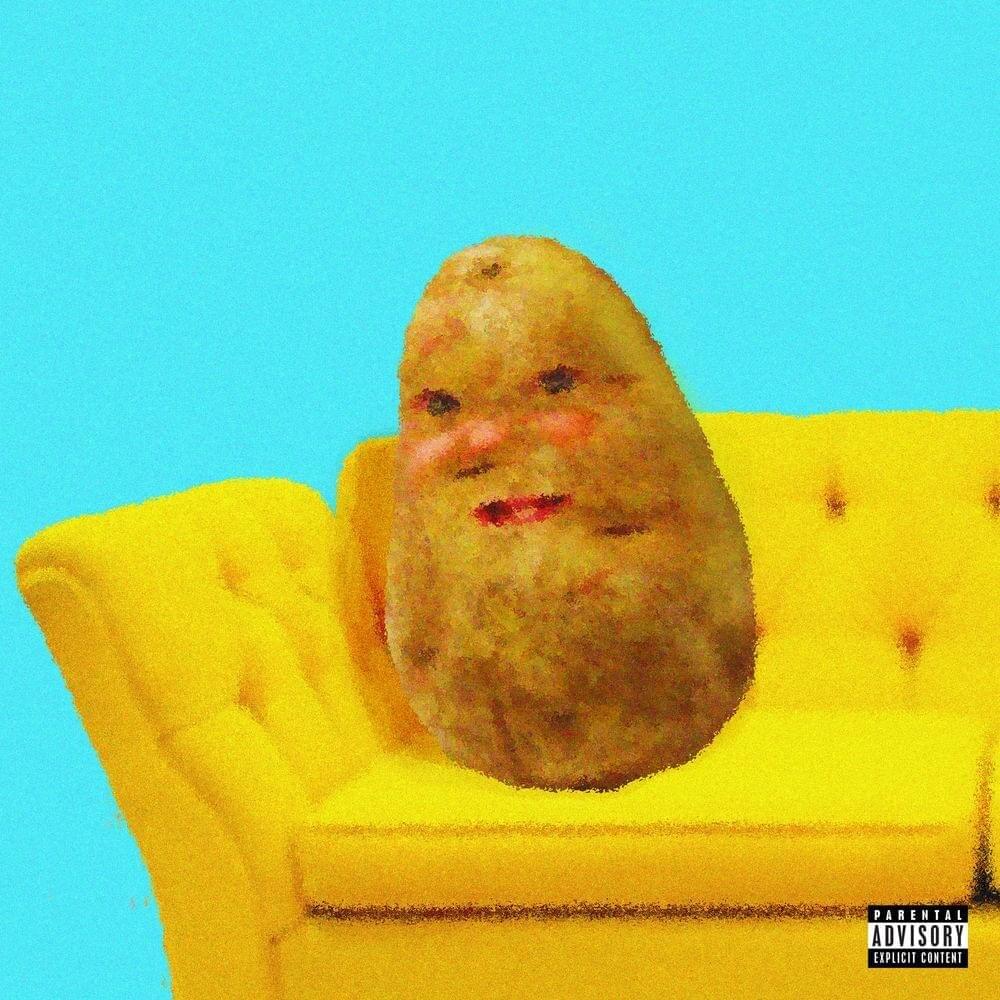 📚 My top book recommendation: Breathe: A Letter To My Sons by Imani Perry 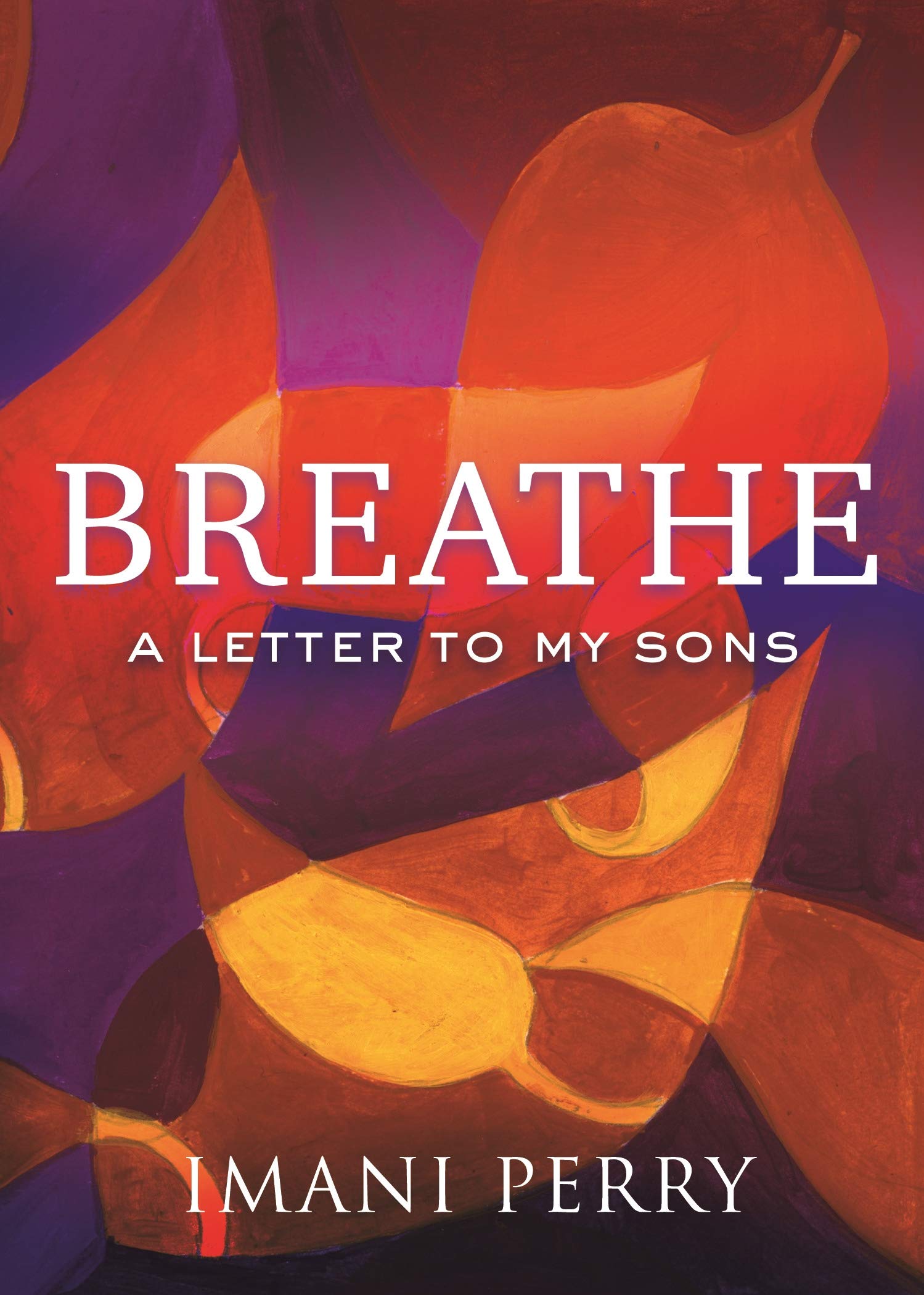 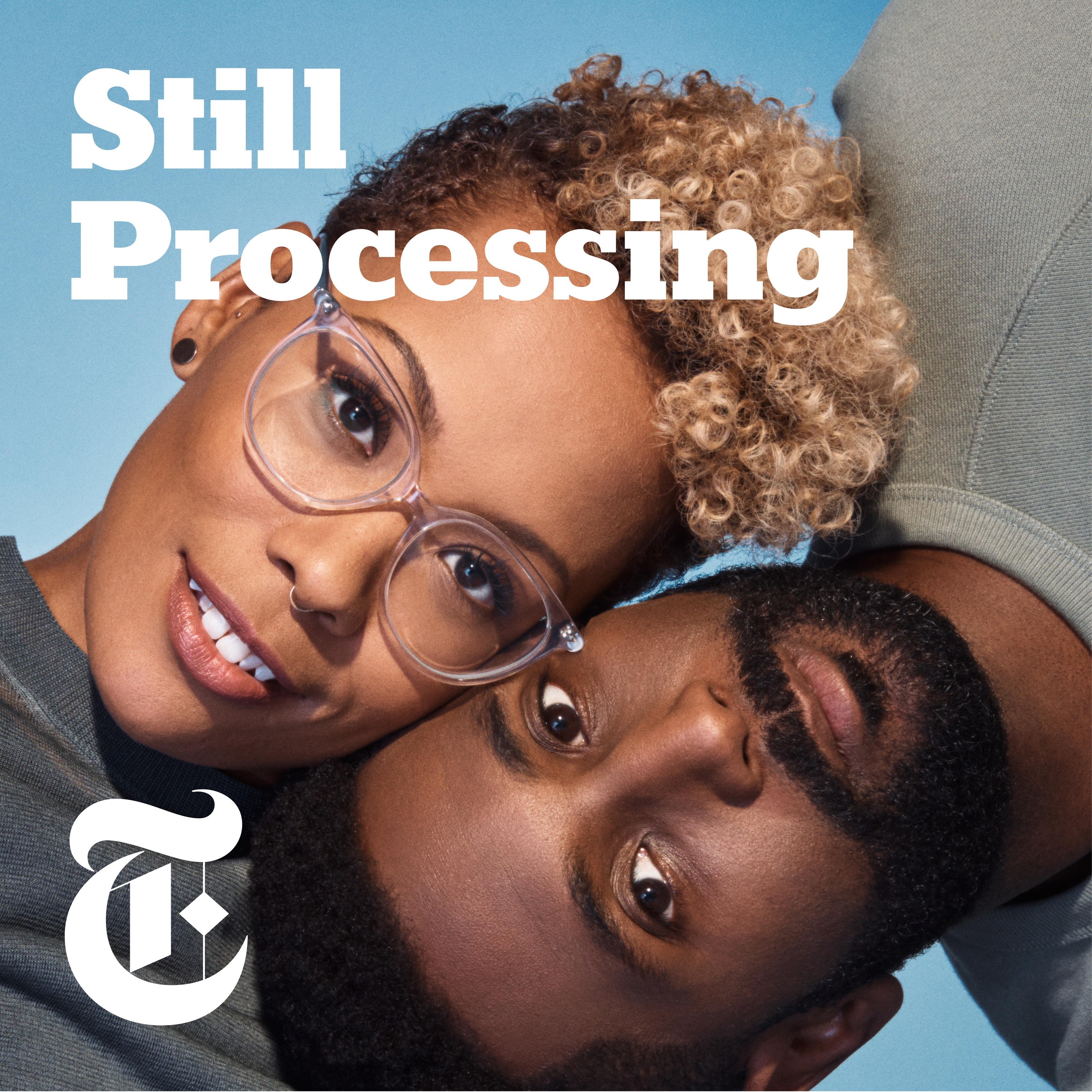 🌈 Something that made me feel joy recently: My grandmother told me recently that she was proud of me and that she loved me no matter what. Nothing else has ever mattered to me more.

For Ways to Support Please Visit:

Tyler this research is fantastic and crucial for the community it serves. I can't wait to read it!! Good luck!

Emily Glynn
Laidlaw Scholars Network
We use cookies to help improve your experience. By continuing to browse our website you are consenting to our use of cookies.
Learn more