Play In All Sorts Of Conditions 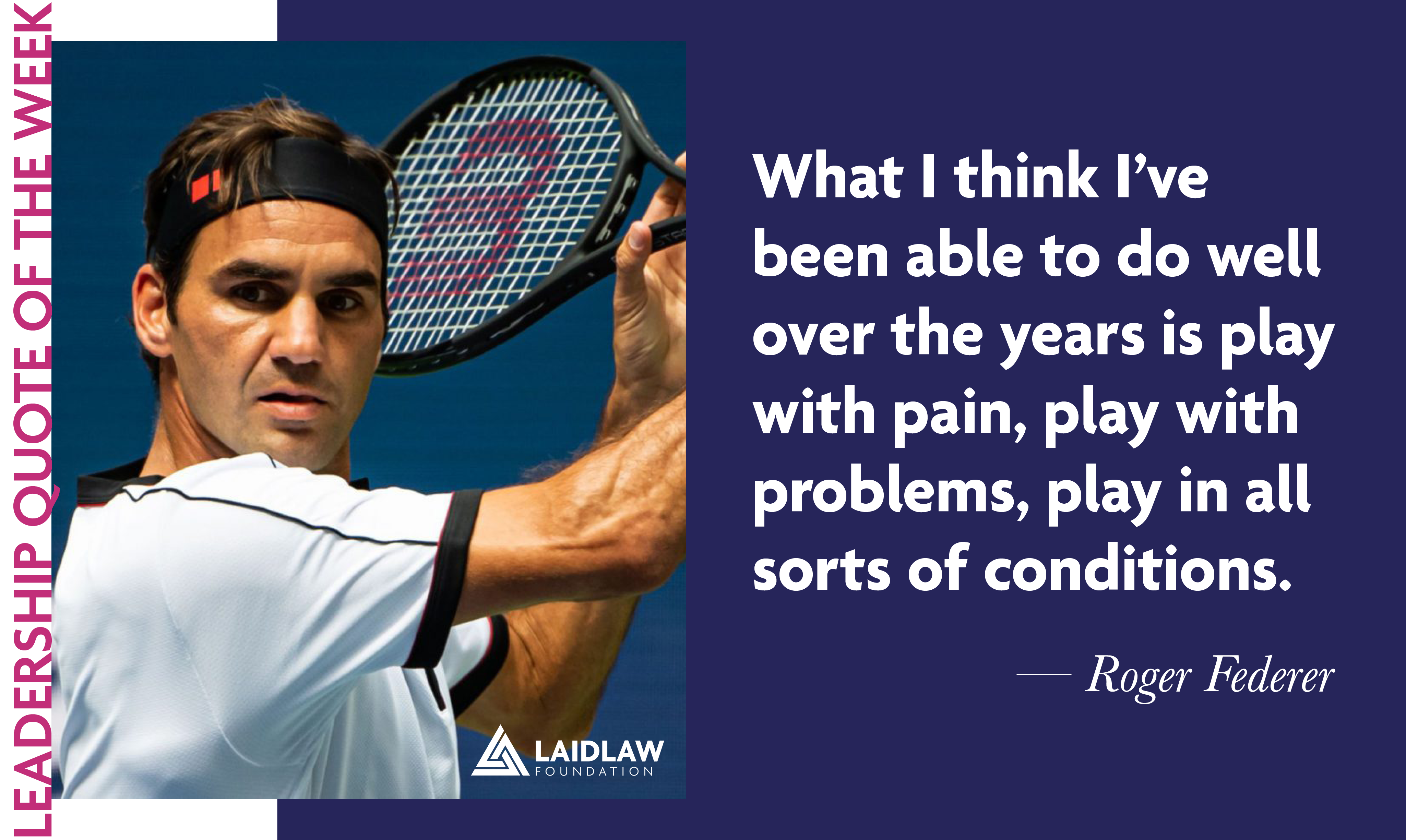 "What I think I’ve been able to do well over the years is play with pain, play with problems, play in all sorts of conditions."

Roger Federer (1981-) is a Swiss professional tennis player who is ranked world No. 4 in men's singles tennis by the Association of Tennis Professionals. His total of 20 career men’s singles Grand Slam championships is the most in tennis history.