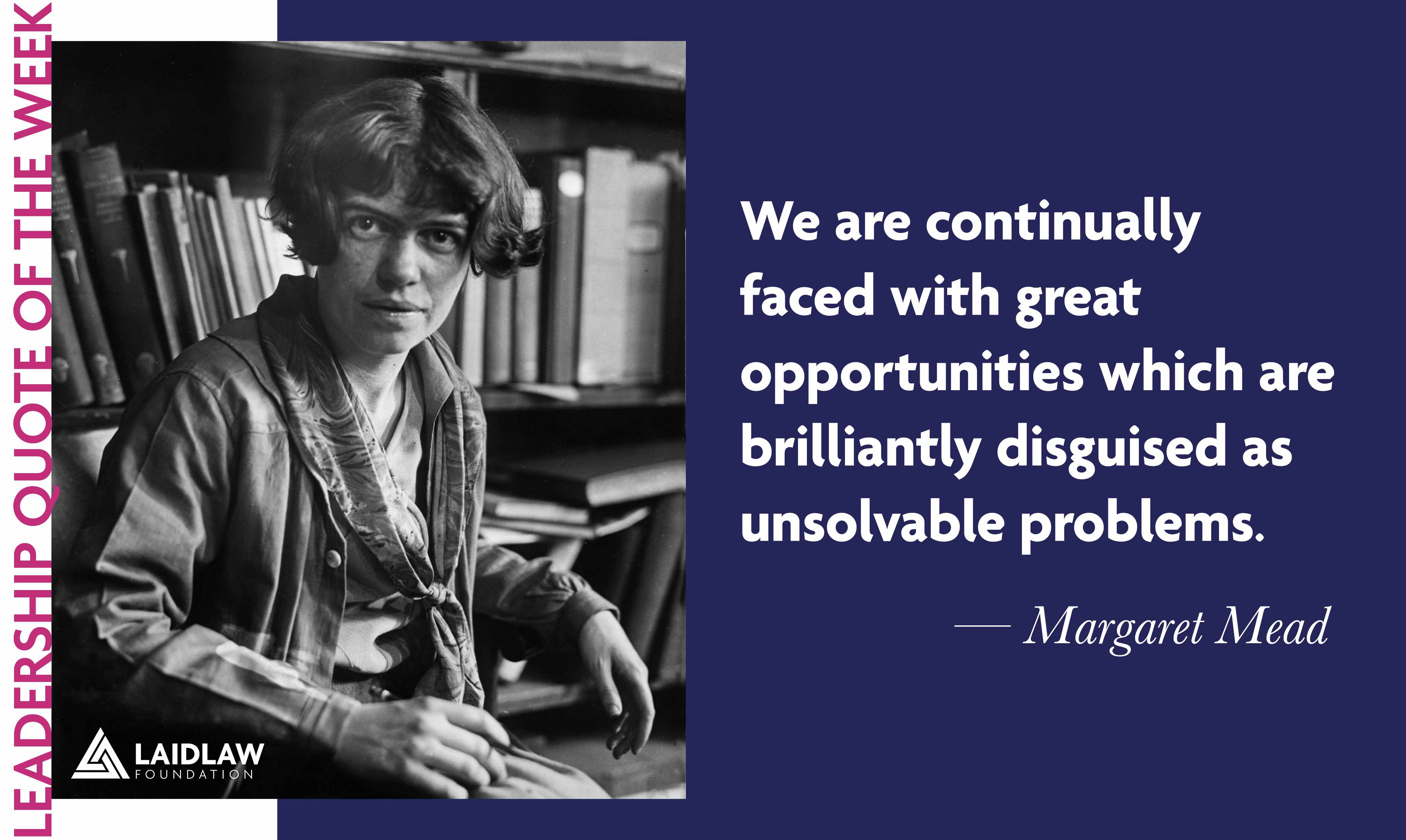 "We are continually faced with great opportunities which are brilliantly disguised as unsolvable problems."

Margaret Mead (1901-1978) was an American cultural anthropologist. Known for her revolutionary research, she firmly believed in the potential of the next generation of leaders, and actively encouraged her students to challenge the status quo.

Mead was best known for her studies of the nonliterate peoples of Oceania, especially with regard to various aspects of psychology and culture—the cultural conditioning of sexual behaviour, natural character, and culture change.

Mead served as President of the American Association for the Advancement of Science in 1975. In 1976, she was inducted into the National Women's Hall of Fame, and in 1979, she was posthumously awarded the Presidential Medal of Freedom.