Nothing Is To Be Feared, Only To Be Understood 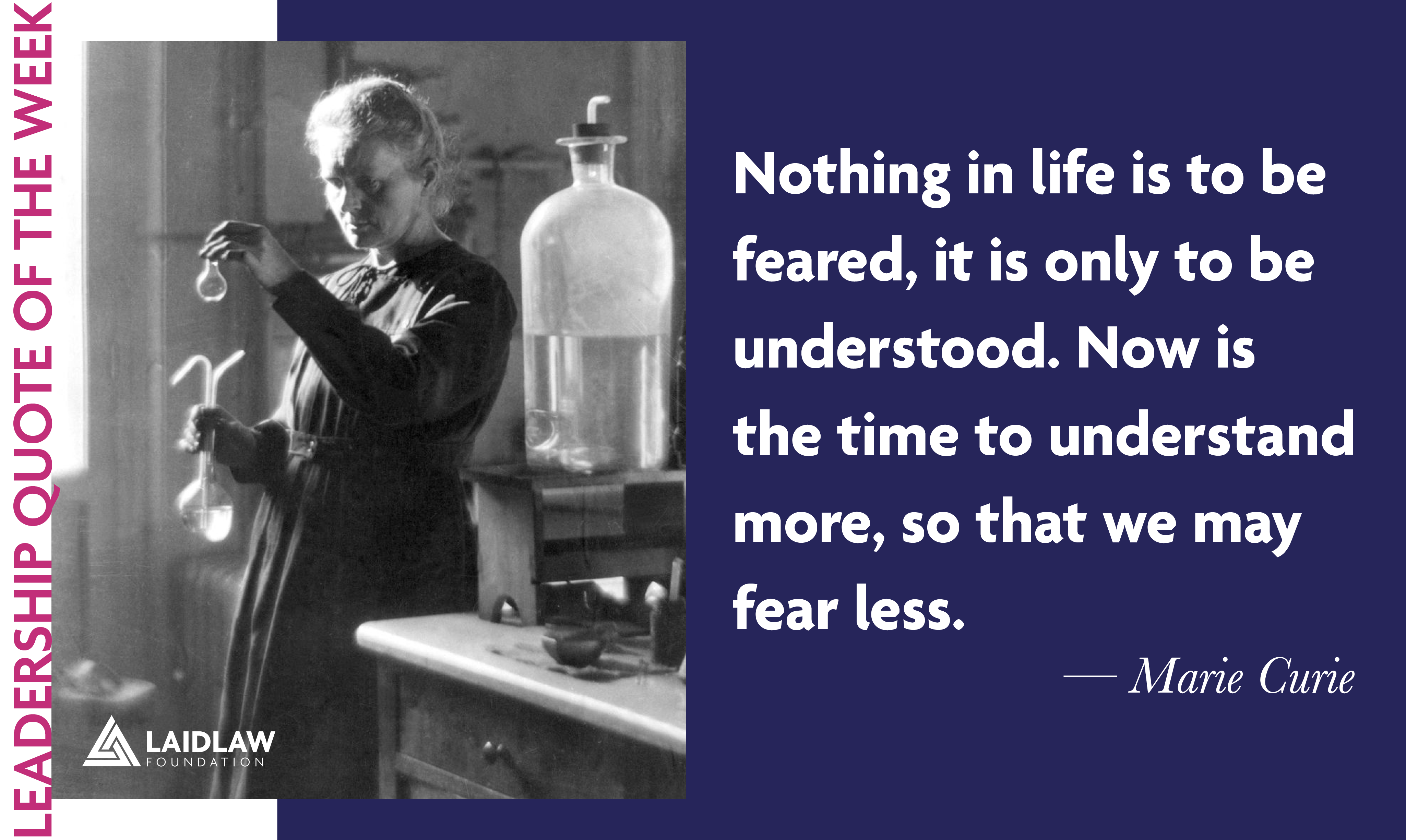 "Nothing in life is to be feared, it is only to be understood. Now is the time to understand more, so that we may fear less."

Marie Curie (1867-1934) was a Polish-born French physicist and chemist, famous for her work on radioactivity and twice a winner of the Nobel Prize.

Did you know that despite her extraordinary accomplishments, Marie Curie was not allowed to speak about her study of radioactivity at the Royal Institution because she was a married woman? Find out more about this story and other historical women in science in our interview with Dr Patricia Fara - a historian of science at the University of Cambridge and the author of A Lab of One's Own: Science and Suffrage in the First World War.