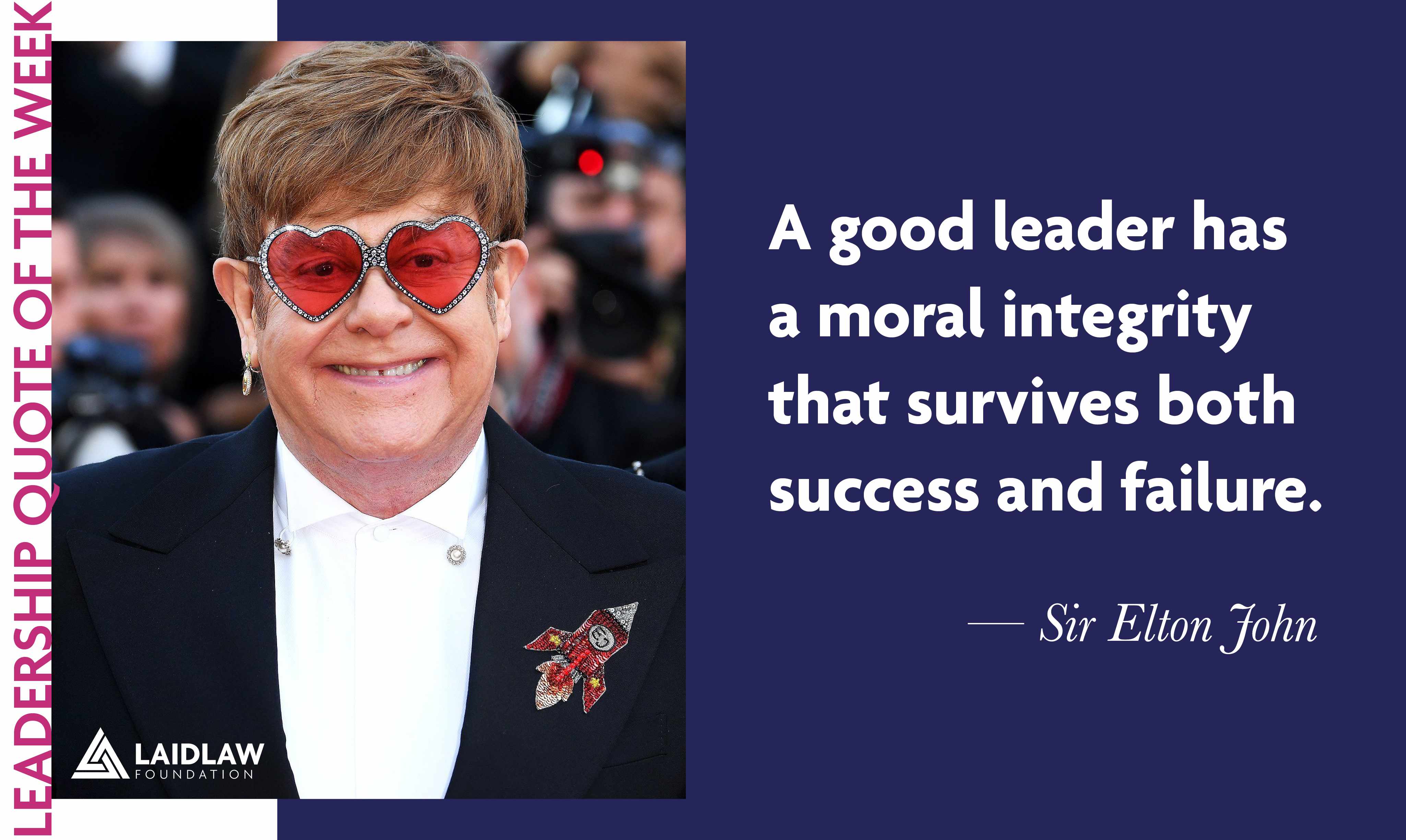 "A good leader has a moral integrity that survives both success and failure."

Sir Elton John (1947-) is a British singer, composer, and pianist. John has sold more than 300 million records, making him one of the best-selling music artists.

John has received 5 Grammy Awards, 5 Brit Awards, 2 Academy Awards, 2 Golden Globe Awards, a Tony Award, a Disney Legends award, and the Kennedy Center Honor. In 2004, Rolling Stone ranked him 49th on its list of 100 influential musicians of the rock and roll era. In 2013, Billboard ranked him the most successful male solo artist on the Billboard Hot 100 Top All-Time Artists, and third overall. He was inducted into the Rock and Roll Hall of Fame in 1994 and the Songwriters Hall of Fame in 1992, and is a fellow of the British Academy of Songwriters, Composers and Authors. He was knighted by Elizabeth II for "services to music and charitable services" in 1998.

In honour of World AIDS Day, we salute Sir Elton John for still standing after decades of challenges, and supporting the fight against HIV with Elton John AIDS Foundation, which has raised over $400 million so far.