Lord Laidlaw On One of His Initiatives to Reduce Carbon Footprint 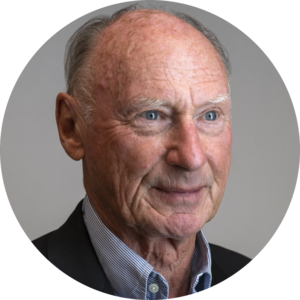 17,000 spekboom succulents have been planted to date, and another 25,000 will be installed over the South African winter, making Lord Laidlaw's plantation among the largest in the Western Cape.

While filming our recently-released series of video interviews with Lord Laidlaw at the beginning of this year, he discussed his efforts to offset his carbon footprint - from using the most energy efficient technology in his transport, to eating less meat and planting acres of a plant called spekboom.

"I’m both conscious of [my carbon footprint] and rather embarrassed by it. Every one of us must make our own little effort - however small or however big - to change this and to reduce the amount of carbon we produce," - he said.

His spekboom initiative intrigued me in particular. I had never heard of the plant previously, and was excited to learn that it is both a powerful carbon sequestrator and can help stop wildfires from spreading and causing loss of life due to its highly fire resistant nature.

Recently, I received an update from Lord Laidlaw regarding his spekboom mission, and here is what he had to say:

"Spekboom (Portulacaria afra) is a small leaved succulent plant found mainly in southern Africa. I became interested in it when looking at ways to compensate for my carbon footprint.

It has several very valuable qualities. It is highly efficient carbon sequestrator, storing carbon in its root system. Depending on the density and size of the plants, spekboom can absorb 5 – 13.5 tons of carbon per hectare per year. This compares to a typical deciduous tree which sequesters 22 kilos of carbon per year.

In the Western Cape, the mountains are covered in fynbos. This has a wide variety of native plants which require little water. They grow into very dense thickets, up to 5 metres tall. Many of the plants, such as protea, produce beautiful flowers. The downside of fynbos is that in the dry season it burns very easily. Approximately every 15 years whole mountainsides are decimated in fires, which spread into residential and agricultural areas causing immense damage and loss of life. So, above our property near Cape Town wide firebreaks have been cut. Now we are planting spekboom in these firebreaks because, as a succulent, it is highly fire resistant.

And two other benefits: the leaves can be eaten in salads or soups, and it is much nicer to look at than an empty firebreak.

Spekboom has never been cultivated around Cape Town in any quantity. We are planting 3.5 hectares (20,000 plants) during 2020 both to sequester carbon and protect us from fire.

And it makes an attractive houseplant that is easy to grow for your home."