This is the first post in my research project blog, which I aim to update weekly.

I’ve finally got round to writing this blog. As part of my research project, I decided that I would blog about its progress. However, due to life getting in the way, not an excuse simply an explanation, it has taken 2 weeks and 2 days for me to get around to writing the first one. This first post then will be a summary of the last fortnight’s work, the position I am in now, as well and what my goals for the rest of the week are. Hopefully from this week onwards, my posts will be less sporadic and a bit more regular. Anyway, here we go.

My project itself started in mid-July, but I’ve been thinking and doing little bits of prep work since my scholarship place was confirmed.  Due to this, my project is rather different to the original one I came up with. My original project was going to look at whether electoral systems influence the spread of populism. However, after discussing how I could go about researching this question, my supervisor and I decided that it wouldn’t be feasible to do in the timeframe and it would be best if I changed to something else. After more thinking, we decided that investigating the effects of social demographic change on the spread of populism would be just as interesting a question and one that would be more achievable.

So, on 19th July, when my research project officially started, I knew there was a clear plan ahead. To answer my question: ‘How does social demographic change influence the spread of populism?’ I identified two political events that I could use as focal points for my research. These events are the Brexit referendum and Trump’s election in 2016. My supervisor had suggested four books that I should read that would lay the groundwork for the research to come. I would read and take notes from each one and report back my findings. So that’s what I did. My goal was to have the background reading done by last Friday (30th July) however, due to lots of external commitments, I still had an entire book to read by then.

Unfortunately, trying to balance the research with my other commitments caught up, and meeting my personal deadline wasn’t possible. Whilst it was a completely arbitrary deadline set by myself, to me it was important that I met it, so in not meeting it I had failed. With the help of those around me, including another scholar in York’s current cohort, I have reflected on why that deadline wasn’t met and what I need to do to ensure I safeguard enough time to meet the next deadlines I set. Taking the weekend off to ensure I was fully rested; I finished the book yesterday (2nd August).

Now that the background reading is done, there are some key takeaways from it. The biggest thing that I have taken from it, and why my supervisor told me not to even think about planning my research or report until I had done it, was just how much the social demographics have changed recently. Each of the four books looked at different topics and went about answering them differently, but all of them emphasised the vastness of the changes to society that have happened in both the US and UK. Social demographic change doesn't just concern levels of immigration; it is race, education, jobs, rural versus urban living and many more factors. Therefore, the ways in which I can go about my research are nearly endless. My goal from here is to start planning how I will direct my research. Which changes will I want to look at specifically? How far back do I need to look? By Friday I hope I will have some answers to these questions, which will be my next blog post. 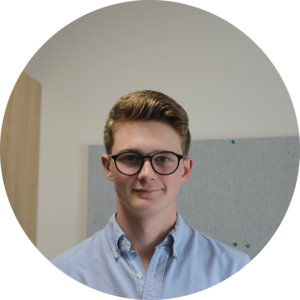 I am a Politics and International Relations student at the University of York. My research project is titled: 'How do social demographic changes influence the spread of populism'. I will look at the Brexit referendum and Trump's election in 2016. These will be my focal points from which I hope to find broader trends about the causes for the growth of populism in modern democracies.

Please ask me about anything politics or international relations related, in particular, political behaviour and psychology; i.e. if something happens, what happens next and why?