Killer or Power Giver? Turning trapped gases in Lake Kivu from a serious danger into a fossil fuel-free energy resource

Situated between Rwanda and the Democratic Republic of Congo is a peculiar body of water called Lake Kivu. It was formed between 1 and 5 million years ago along the East African Rift Valley, where tectonic forces slowly pull apart the continent. As a result, Lake Kivu stores large quantities of dissolved gases, such as methane and carbon dioxide, that cannot escape to the surface due to the lake's immense pressure. This is caused by density layers that prevent water from moving upwards and eventually dispersing into the atmosphere.

Notably, these gas reserves can be utilised as a renewable power source to fuel thousands of homes in the region. In 2018, Lord Laidlaw purchased Shema Power Lake Kivu Limited (SPLK), a power producer that was awarded a 25-year concession by the Government of Rwanda to extract gas from Lake Kivu and generate 50 MW of power for supply into the Rwandan Grid.

"I invest in renewable energy as the world needs to wean itself off fossil fuels if we are going to limit climate change. And while renewable energy is not quite as green as it may appear (building and maintaining wind farms and other renewable sources generates CO2), it is still far better than burning coal and oil. So, not only is this a good business investment, but I have the additional benefits of bringing power to people who would not otherwise have it and cutting down on the amount of carbon injected into our atmosphere," – says Lord Laidlaw.

I spoke to Tony de la Motte, Project Manager at SPLK, to learn more about the project and its progress so far.

The plant will have the capacity to power more than 50,000 homes in Rwanda, as well as allow it to export power to neighbouring countries, thereby assisting with regional stability and having a positive impact on GDP.

What is the purpose of this project?

The trapped gases in Lake Kivu pose a serious danger. If a large amount of water was to be suddenly displaced, a limnic eruption could occur where the dissolved CO2 in Lake Kivu would be released into the air, asphyxiating thousands of people in nearby villages.

However, the lake also has the potential to power thousands of homes in the region. The gases can be safely extracted and used as a fossil fuel-free energy source in Rwanda, where only 60% of the population has access to electricity. That is why the government commissioned SPLK to extract the gases for exploitation. The Kivu 56 Methane Gas to Power Plant – K56 – will be the lake's second operational power plant.

What positive effects will this project have on Rwanda?

The plant will have the capacity to power more than 50,000 homes in Rwanda, as well as allow it to export power to neighbouring countries, thereby assisting with regional stability and GDP. Bringing electricity to those who do not have it in rural areas will change lives dramatically for the better (think fridges to store food, ability to charge laptops and phones, access to the internet).

Moreover, the plant provides direct local employment of 74 people, of which 62 are skilled positions, meaning the local population develops professional skills to further contribute to Rwanda's advancement. We are also committed to WIRE (Women in Rwandan Energy) by ensuring that at least 1/3 of the staff operating the plant are women.

And, of course, by using this local natural resource, we will be replacing non-renewable energy sources, such as diesel and heavy oil fuels, which are imported and negatively impact the environment.

The most interesting aspect of the gas extraction process is what is known as "Sustained Gas Lift"  […] I would call it the "Champagne Effect", whereby opening a bottle of Champagne reduces the pressure in the bottle and allows the bubbles to flow to the opening.

How does it work?

We extract gas from solution using gas/liquid separators. It then goes through the sweetening process, where we take the raw gas through a wash water tower to remove carbon dioxide and hydrogen sulphide. This produces biogas that we can use to fuel reciprocating engines to generate power. The gases extracted are methane (CH4), Carbon Dioxide (CO2), Hydrogen Sulphide (H2S) and Nitrogen (N2). These gases are a natural by-product of biomass decay, and volcanic vents thought to exist at the lakebed.

The most interesting aspect of the gas extraction process is what is known as "Sustained Gas Lift". In my layman understanding, I would call it the "Champagne Effect", whereby opening a bottle of Champagne reduces the pressure in the bottle and allows the bubbles to flow to the opening. In our case, water is moved up a pipe using an auto-syphon pump, and as the water comes up, gas starts coming out of solution. The gas accelerates upwards, and eventually, when enough gas is released from solution, the process becomes self-sustaining.

What is the project's latest achievement? What are you looking forward to?

Our big achievements so far:

What has been your favourite part of being involved in this project?

My favourite part of this project is the complexity of gases under pressure. I have spent long nights reading up on gas theory and how the process works. My experience had mainly been with liquids and slurry, which do not change mass when pressurised. What I have learnt during this project will stay with me for a long, long time.

When you have suppliers in China and engineers in the USA, video calls at 2am are a real thing.

What has been your biggest challenge so far?

Rwanda is a remote country when it comes to logistics. 1634km from the nearest port, having to go through 3 borders and roads that are not in the best condition means that the Logistics Manager needs to have a wealth of experience in moving trucks across the continent.

There are also fairly small things that add up - long hours are present on every contract, but when you have suppliers in China and engineers in the USA, video calls at 2am are a real thing. Moreover, given that the project is fairly unique, a lot of the installation procedures had to be developed specifically for the project.

How has COVID-19 impacted the project?

We procure equipment from numerous different countries - China, Turkey, Germany, Belgium, Netherlands, United Kingdom, USA, Mexico, South Africa, Kenya and Australia – so COVID-19 had an immense impact. There have been numerous delays from suppliers with shutdowns across the world. Manufacturing, as well as assembly plants, operates at substantially reduced capacities.

The project has been delayed 2 months from the planned Phase 1, but the overall end date has not been impacted. This was made possible by some innovative thinking between the Project Team and contractors who were able to reschedule tasks as equipment arrived, and by bringing more equipment onto the site to catch up where time was lost. 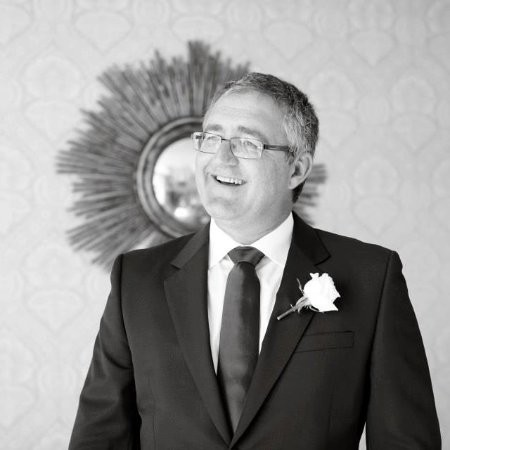 I am originally from Johannesburg and read Accounting at the University of the Witwatersrand. Over the years, I have worked and/or lived in 19 different African countries and had the pleasure of visiting a total of 42 different countries in Africa, looking at opportunities in various infrastructure and mining projects.

I have experience in several industries, such as working at and then running a paper mill in Swaziland, where I looked at how to make paper from waste more efficiently, and becoming General Manager of Group Five Construction in South Africa.