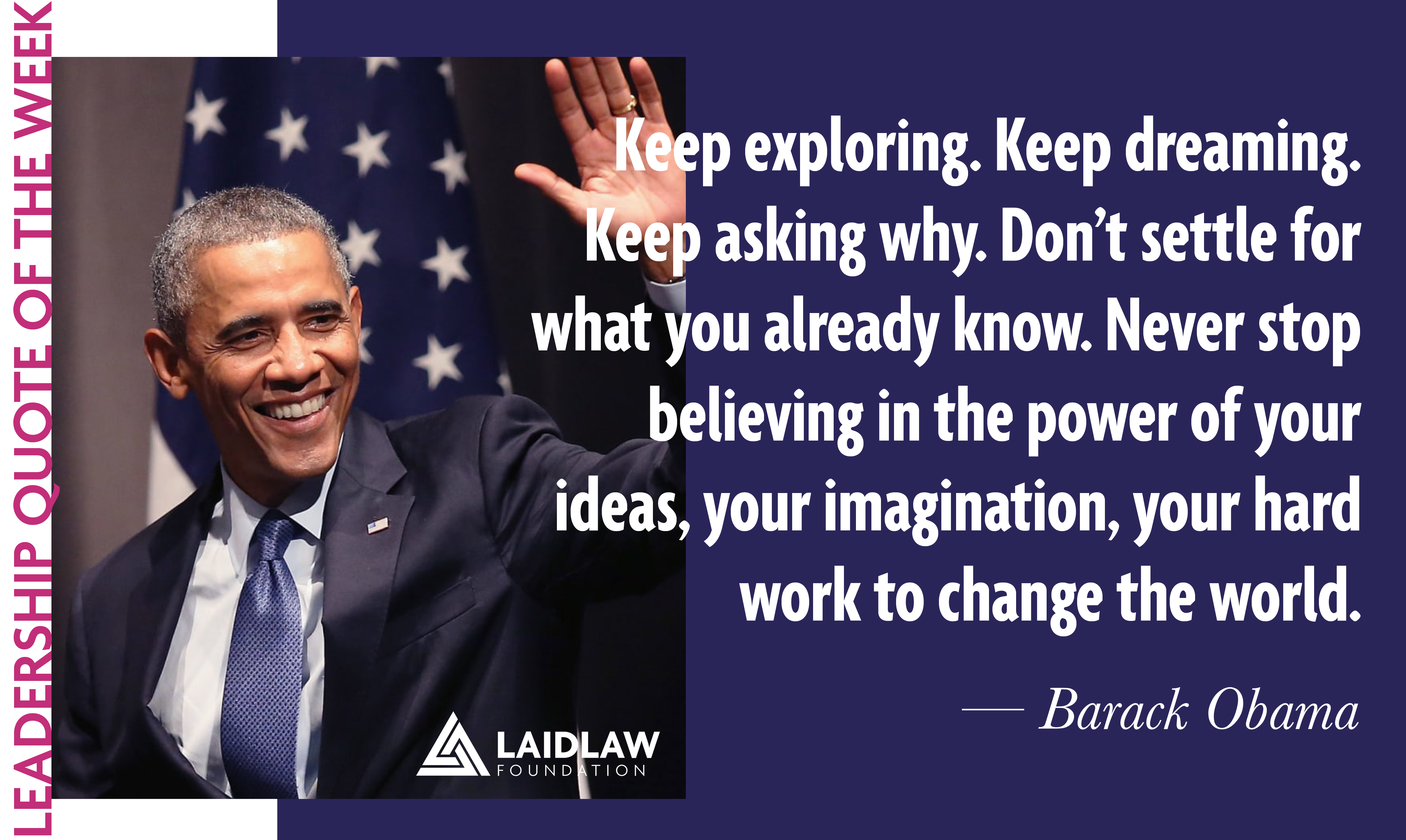 "Keep exploring. Keep dreaming. Keep asking why. Don't settle for what you already know. Never stop believing in the power of your ideas, your imagination, your hard work to change the world."

In 2009 he was awarded the Nobel Peace Prize “for his extraordinary efforts to strengthen international diplomacy and cooperation between peoples.” Obama won Best Spoken Word Album Grammy Awards for abridged audiobook versions of Dreams from My Father in February 2006 and for The Audacity of Hope in February 2008. In 2008 and in 2012, Time magazine named Obama as its Person of the Year.

Leadership is About the Strength of One's Convictions

Kayla Kim
Your Setbacks Will One Day Help You Succeed
Computer Science Diversity and Inclusion Leadership
Leadership, Leadership Quote of the Week

Kayla Kim
Laidlaw Scholars Network
We use cookies to help improve your experience. By continuing to browse our website you are consenting to our use of cookies.
Learn more