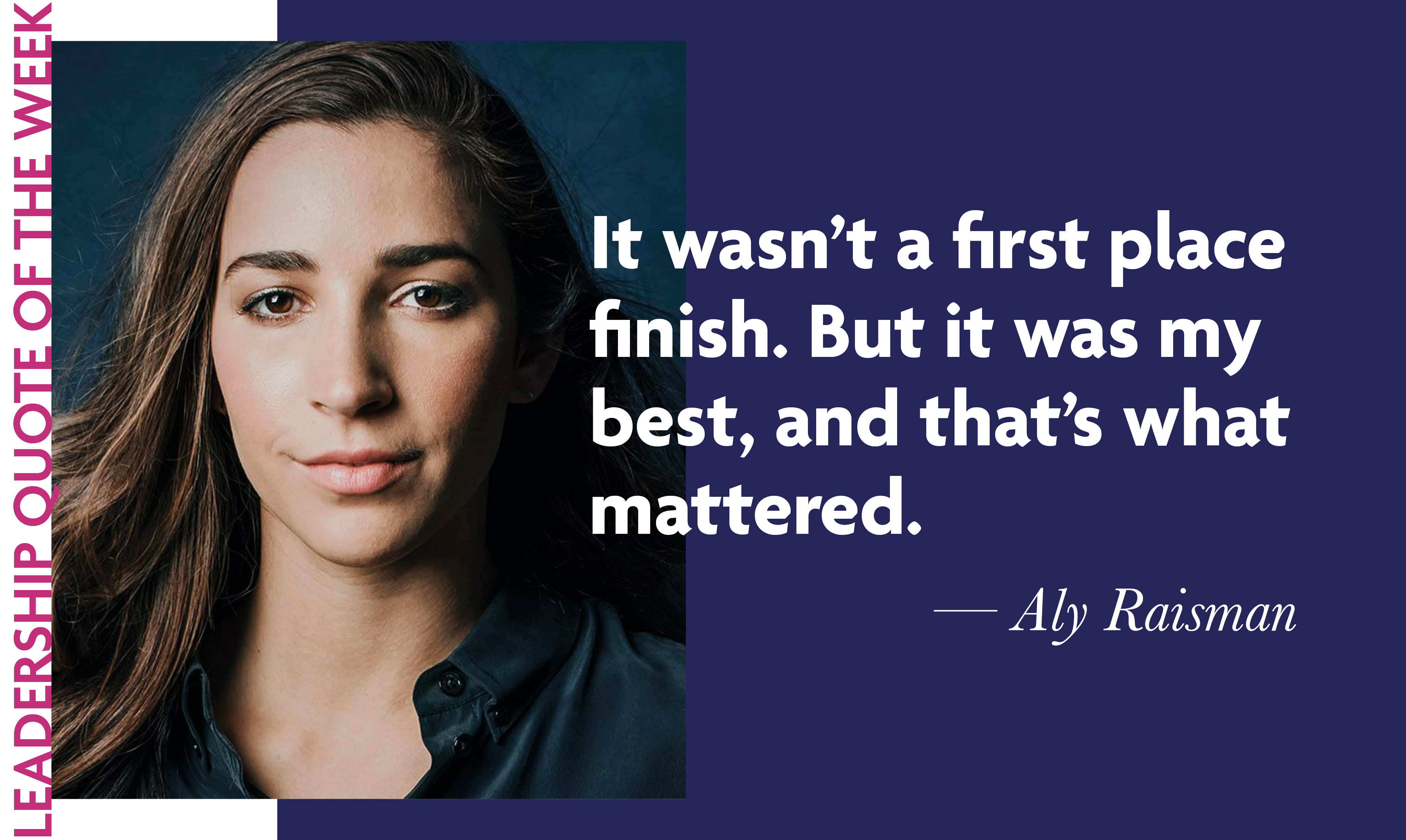 "It wasn't a first place finish. But it was my best, and that's what mattered."

Alexandra Raisman (1994-) is is a retired American gymnast and two-time Olympian. She was captain of both the 2012 "Fierce Five" and 2016 "Final Five" U.S. women's Olympic gymnastics teams which won their respective team competitions. Raisman is the 2016 Olympic individual all-around silver medalist and floor exercise silver medalist.