It's Not Easy To Be A Pioneer - But Oh, It Is Fascinating! 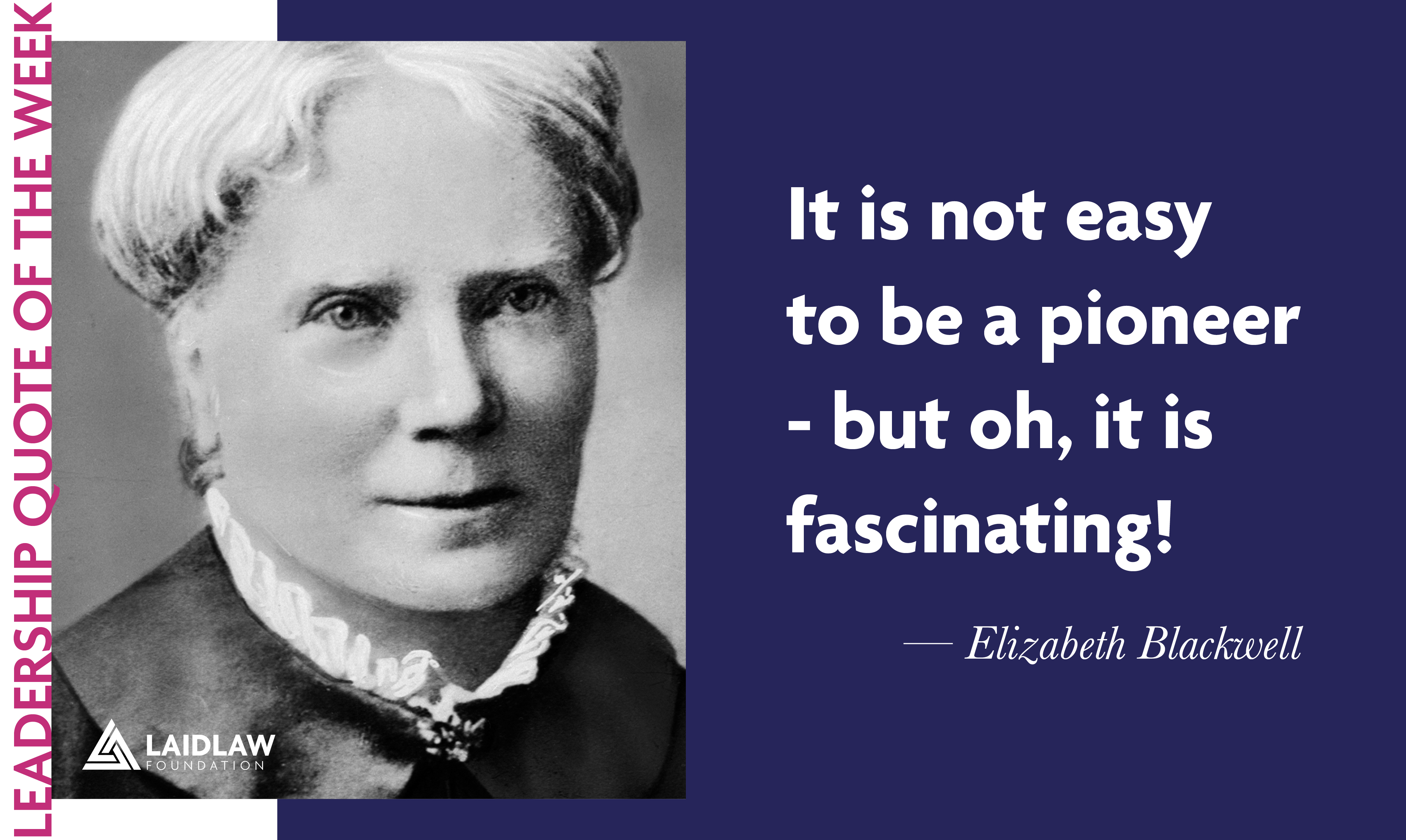 "It is not easy to be a pioneer - but oh, it is fascinating!"

Elizabeth Blackwell (1821-1910) was an Anglo-American physician who is considered the first woman doctor of medicine in modern times. Blackwell played an important role in both the U.S. and the U.K. as a social awareness and moral reformer, and pioneered in promoting education for women in medicine. Her contributions remain celebrated with the Elizabeth Blackwell Medal, awarded annually to a woman who has made significant contribution to the promotion of women in medicine.

Blackwell was rejected by 12 medical colleges before being accepted to Geneva College in New York, on the grounds that she was a woman and therefore intellectually inferior, and was advised that she disguise herself as a man to study medicine. In 1857, she opened the New York Infirmary for Women with her sister Emily and Dr. Marie Zakrzewska, where women served on the board of trustees, on the executive committee and as attending physicians.

Lead From The Back — And Let Others Believe They Are In Front
Leadership
Leadership, Leadership Quote of the Week

Nikol Chen (she/her)
Believe That the World is Worth Your Sacrifices
Architecture Leadership
Leadership, Leadership Quote of the Week

James R. Harrison
Laidlaw Scholars Network
We use cookies to help improve your experience. By continuing to browse our website you are consenting to our use of cookies.
Learn more