Inspire People To Be Great 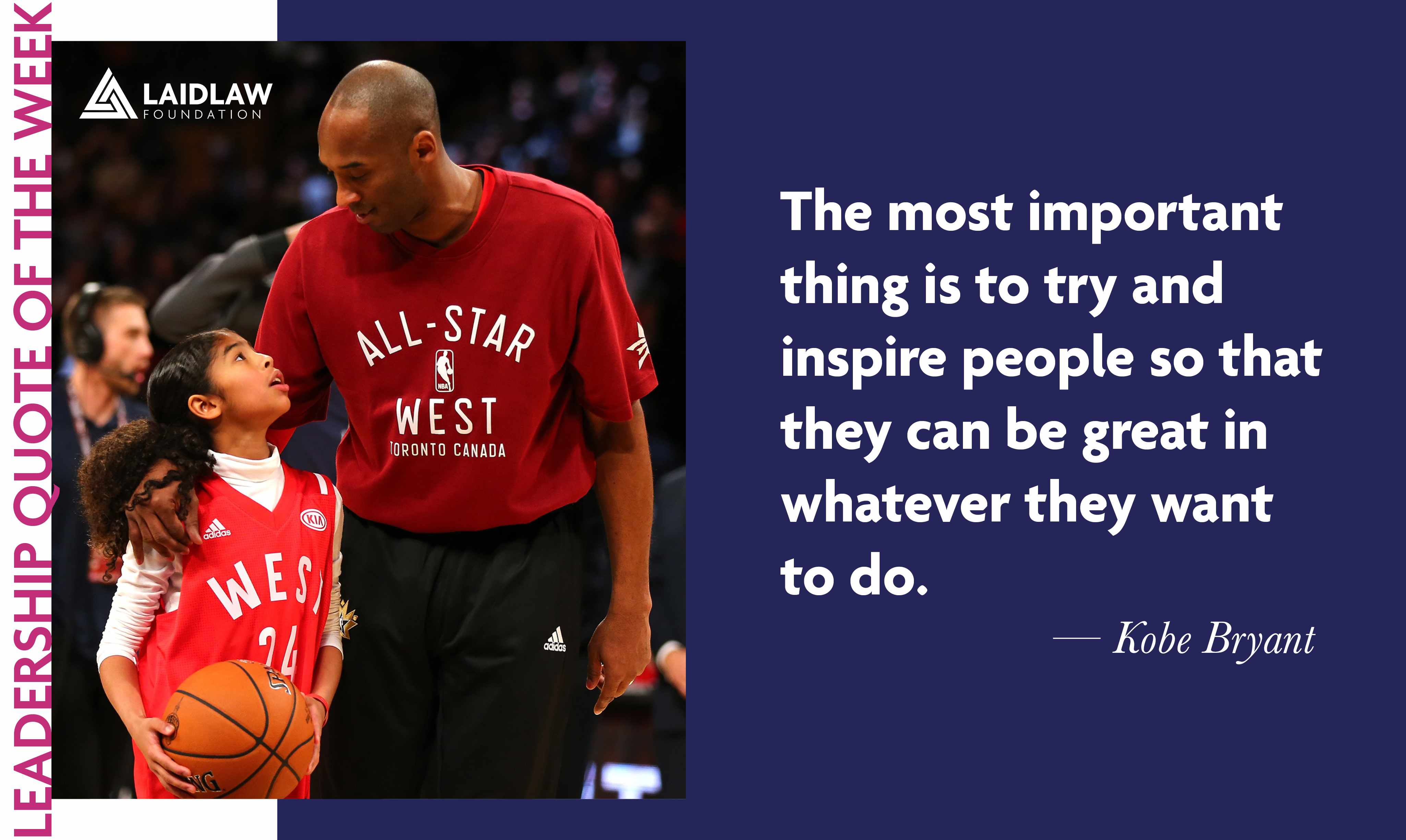 "The most important thing is to try and inspire people so that they can be great in whatever they want to do."

Kobe Bryant (1978-2020) was an American professional basketball player, who helped lead the Los Angeles Lakers of the National Basketball Association (NBA) to five championships (2000–02 and 2009–10).

Bryant is an 18-time All-Star (second most of all time), 15-time member of the All-NBA Team, 12-time member of the All-Defensive Team, 2008 NBA Most Valuable Player (MVP), two-time NBA Finals MVP winner. He is the all-time leading scorer in Lakers franchise history. He was also the first guard in NBA history to play at least 20 seasons. At the 2008 and 2012 Summer Olympics, Bryant won two gold medals as a member of the U.S. national team. In 2018, he won the Academy Award for Best Animated Short Film for his 2017 film Dear Basketball.