In A Gentle Way, You Can Shake The World 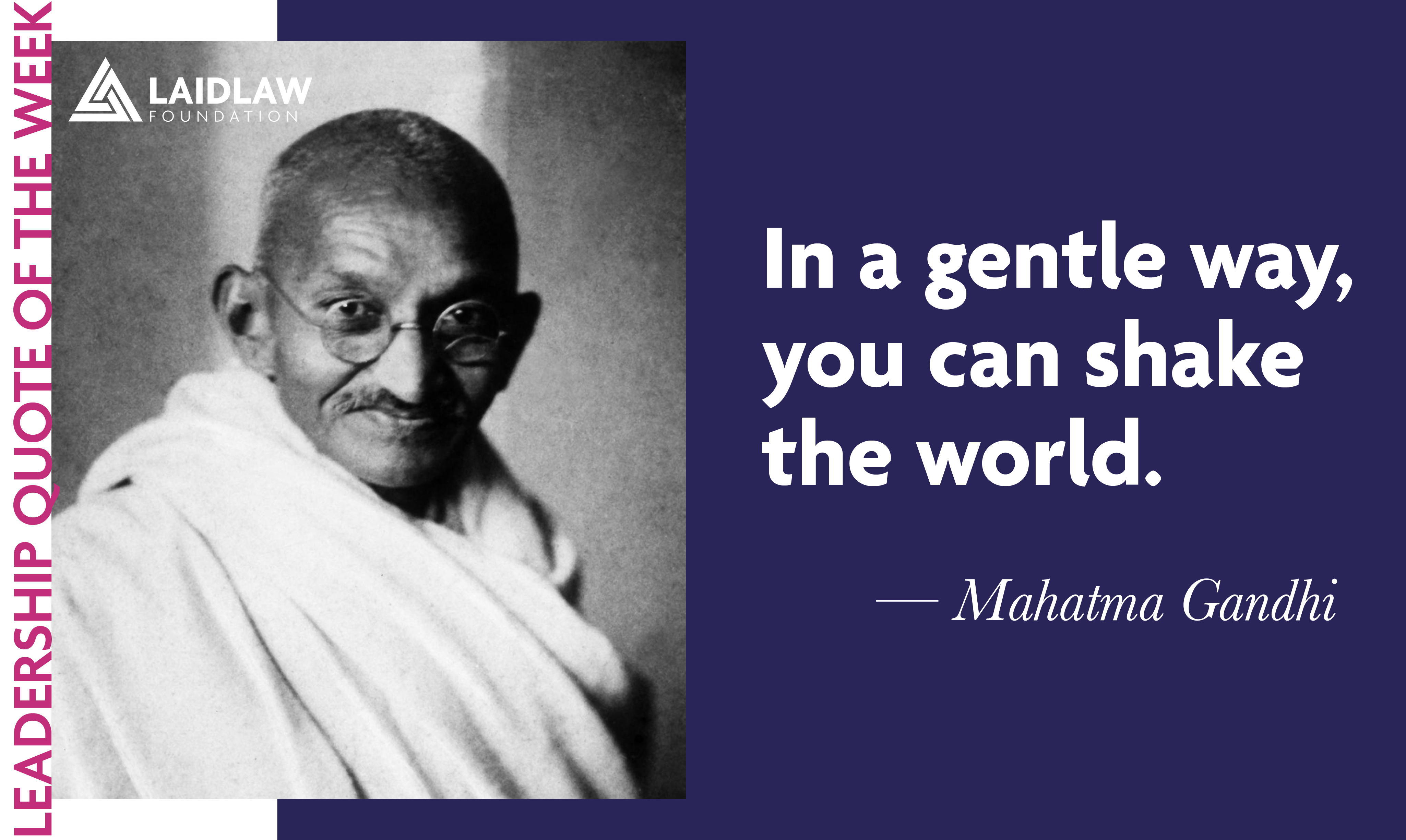 "In a gentle way, you can shake the world."

Mahatma Gandhi (1869-1948) was an Indian lawyer, politician, social activist, and writer who became the leader of the nationalist movement against the British rule of India.

Gandhi employed nonviolent resistance when leading the successful campaign for India's independence and in turn inspired movements for civil rights and freedom across the world. Leaders like Martin Luther King Jr. drew from the writings of Gandhi in the development of their own theories about nonviolence.

Time magazine named Gandhi the Man of the Year in 1930; he was the runner-up to Albert Einstein as "Person of the Century" at the end of 1999; and in 2011, he was named as one of the top 25 political icons of all time by the magazine.