If Your Dreams Do Not Scare You, They Are Not Big Enough 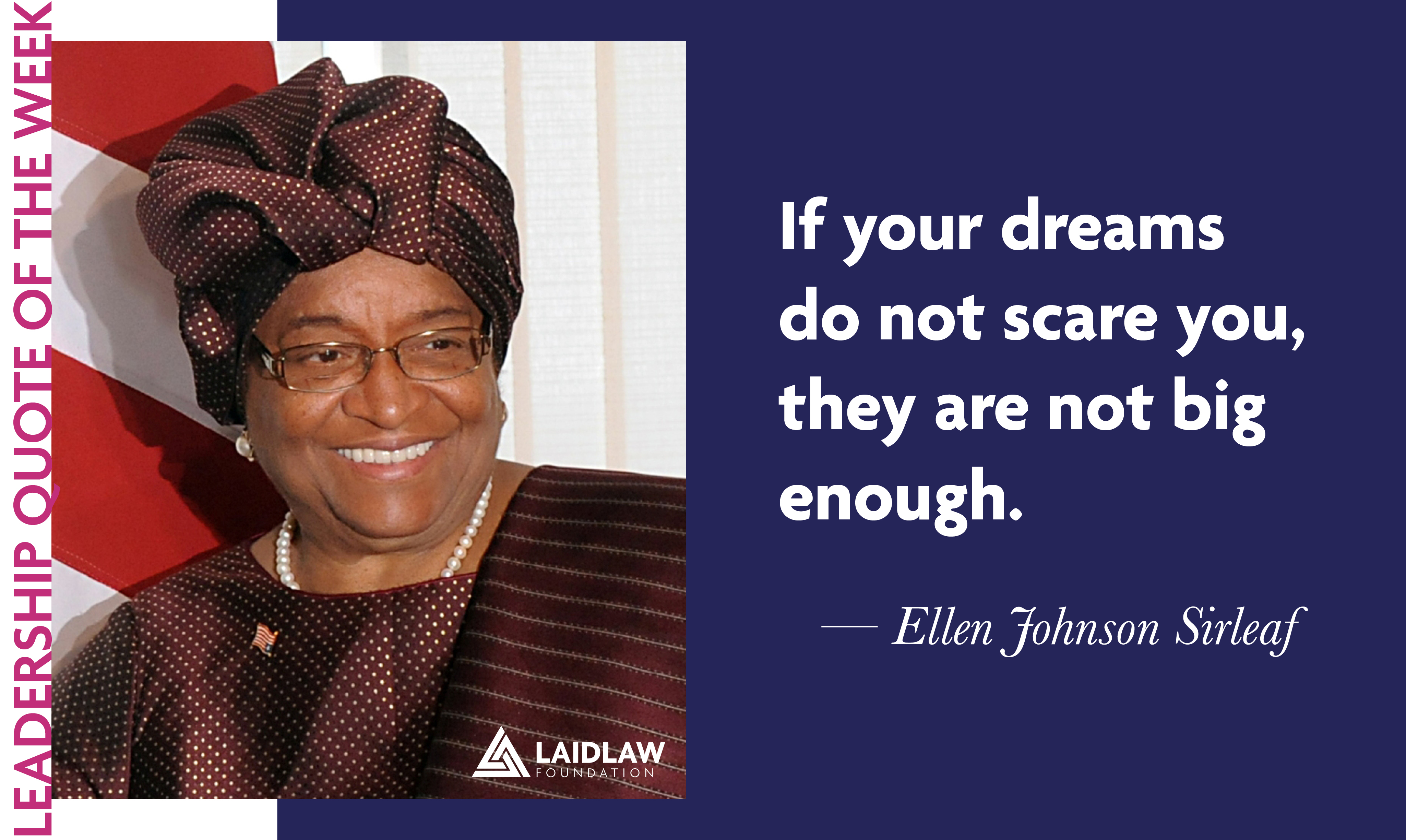 "If your dreams do not scare you, they are not big enough."

Ellen Johnson Sirleaf (1938-) is Liberian politician and economist who was president of Liberia from 2006 to 2018. She was the first woman to be elected head of state of an African country.

Johnson Sirleaf was one of three recipients, along with Leymah Gbowee and Tawakkul Karmān, of the 2011 Nobel Peace Prize "for their non-violent struggle for the safety of women and for women's rights to full participation in peace-building work." She was conferred the Indira Gandhi Prize by Indian President Pranab Mukherjee in 2013. In 2016, she was listed as the 83rd-most powerful woman in the world by Forbes magazine.