I Raise My Voice 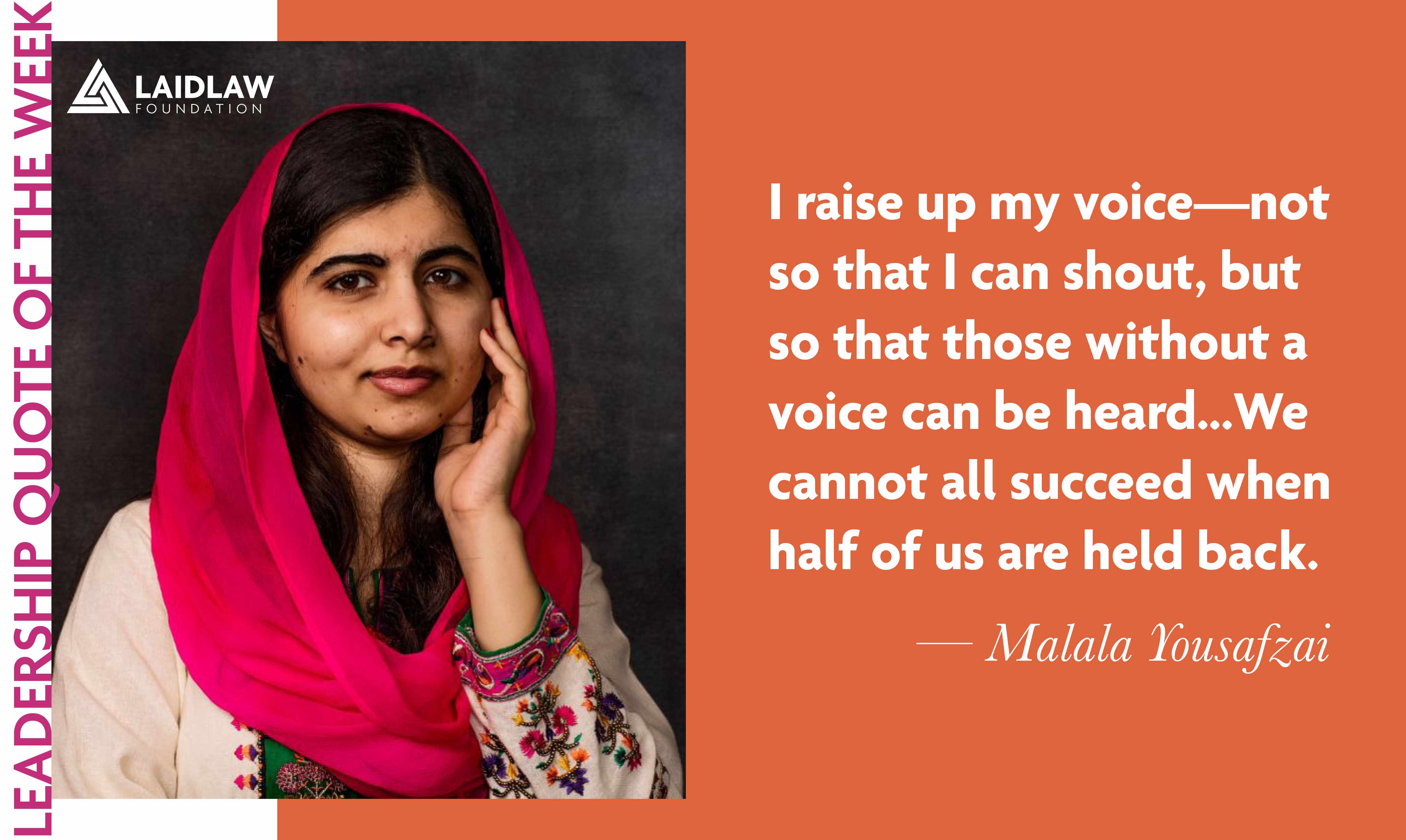 "I raise my voice - not so that I can shout, but so that those without a voice can be heard...We cannot all succeed when half of us are held back".

Malala Yousafzai (1997-) is a Pakistani activist who advocates for girls’ education & women's equality. She is a UN Messenger of Peace, the founder of the Malala Fund, and the youngest ever Nobel laureate.

In 2012, she was the recipient of Pakistan's first National Youth Peace Prize and the 2013 Sakharov Prize. In 2014, she was the co-recipient of the 2014 Nobel Peace Prize, along with Kailash Satyarthi, in recognition of their efforts on behalf of children’s rights. Aged 17 at the time, she was the youngest-ever Nobel Prize laureate. The 2013, 2014 and 2015 issues of Time magazine featured her as one of the most influential people globally. In 2017, she was awarded honorary Canadian citizenship and became the youngest person to address the House of Commons of Canada.

In celebration of UN Women International Day for the Elimination of Violence Against Women.