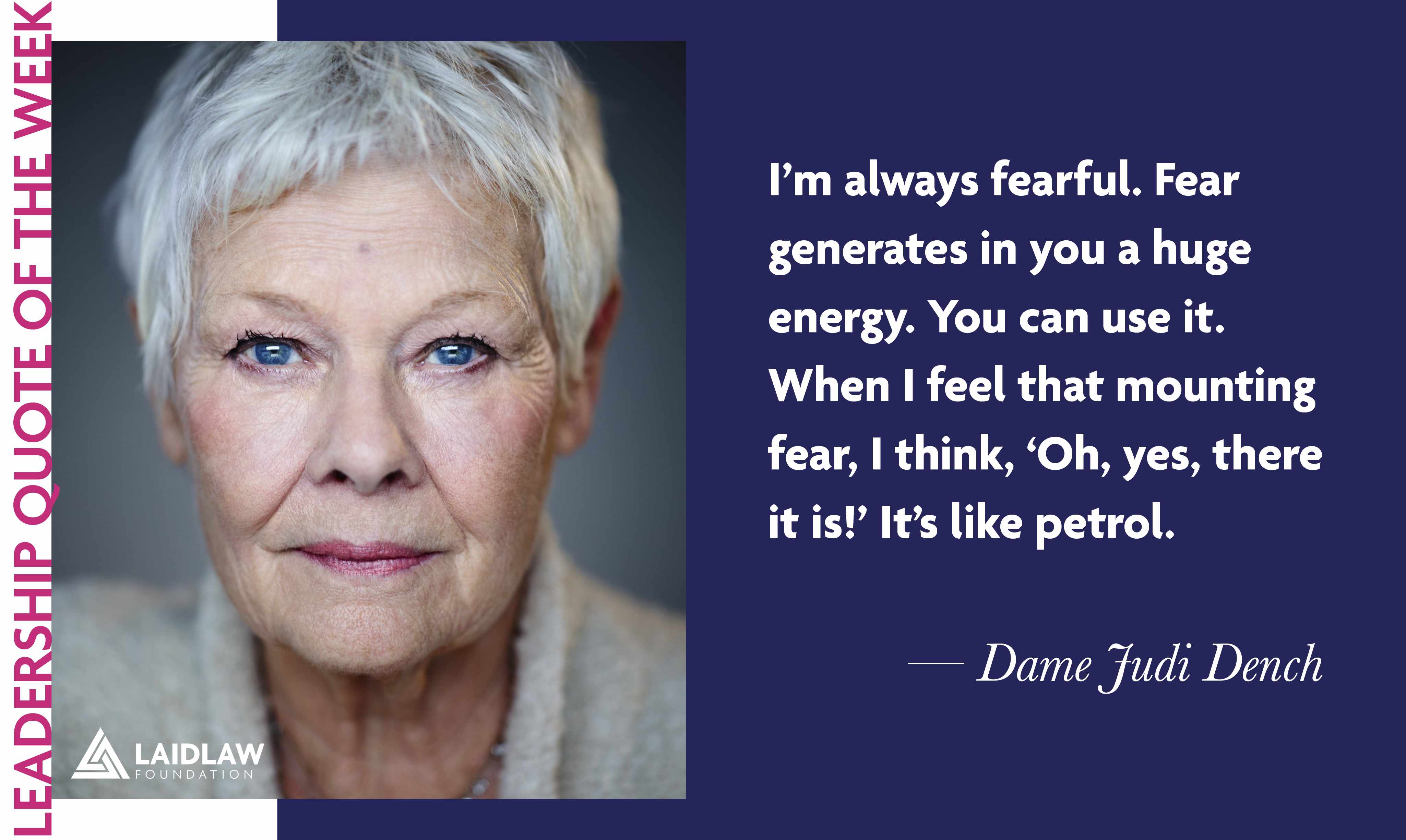 "I'm always fearful. Fear generates in you a huge energy. You can use it. When I feel that mounting fear, I think, 'Oh, yes, there it is!' It's like petrol."

Dame Judi Dench (1934-) is an English actress, artist, and author, known for her numerous and varied stage roles and for her work in television and in a variety of films.

She has been nominated for an Academy Award seven times, and won the Academy Award in 1998. Throughout her life she has also been awarded 6 British Academy Film Awards, 4 BAFTA TV Awards, 7 Olivier Awards, 2 Screen Actors Guild Awards, 2 Golden Globe Awards, and a Tony Award.