Fight For The Things That You Care About 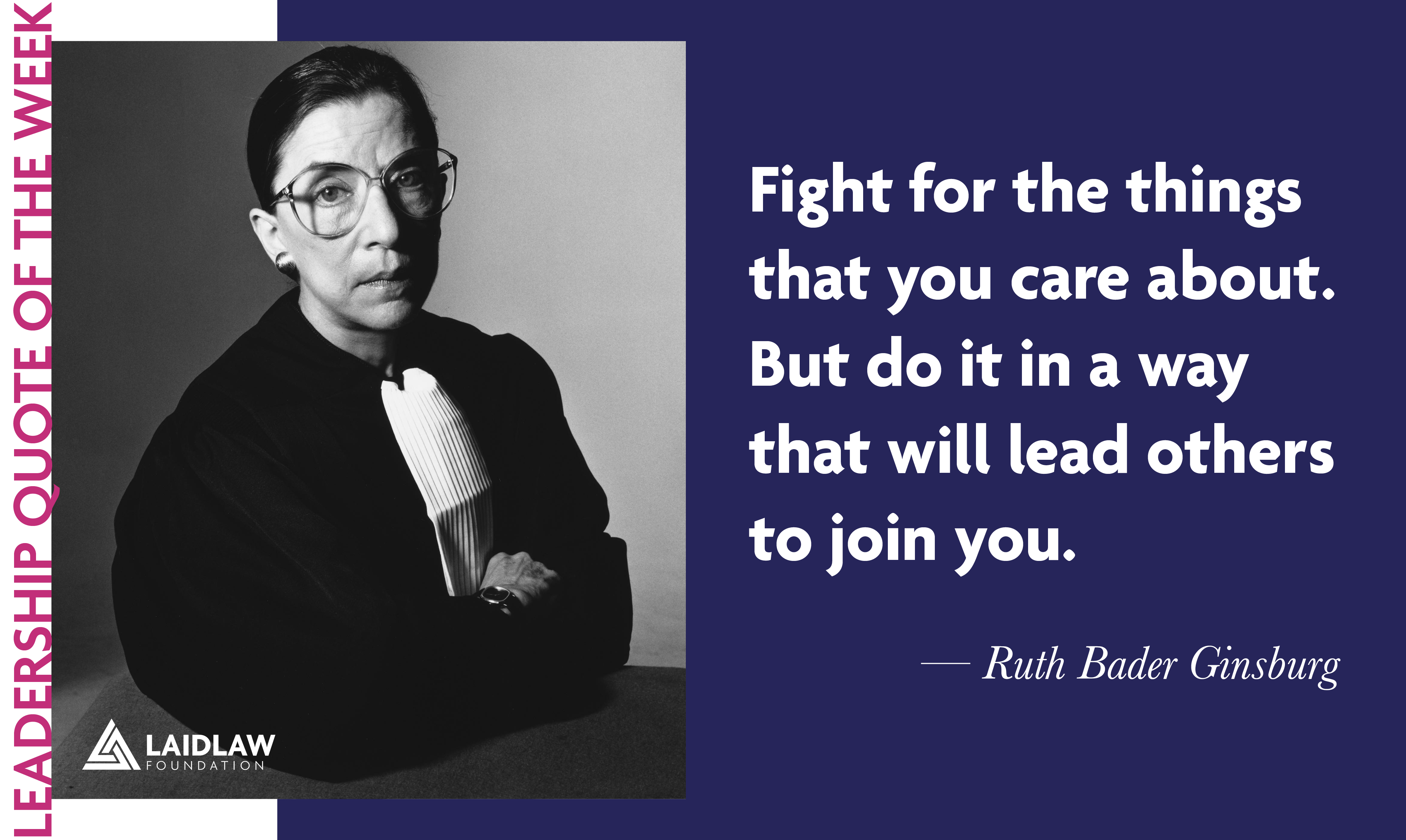 "Fight for the things that you care about. But do it in a way that will lead others to join you."

Ruth Bader Ginsburg (1933-) is an Associate Justice of the Supreme Court of the United States from 1993. Ginsburg spent a considerable part of her legal career as an advocate for the advancement of gender equality and women's rights, winning multiple victories arguing before the Supreme Court.

RBG was called "a lifelong trailblazer for human rights and gender equality" when she received the Berggruen Prize in 2019. She is the second woman appointed to the Supreme Court, and became known as "Notorious R.B.G" for her dissenting opinions, especially on the matters of gender equality.