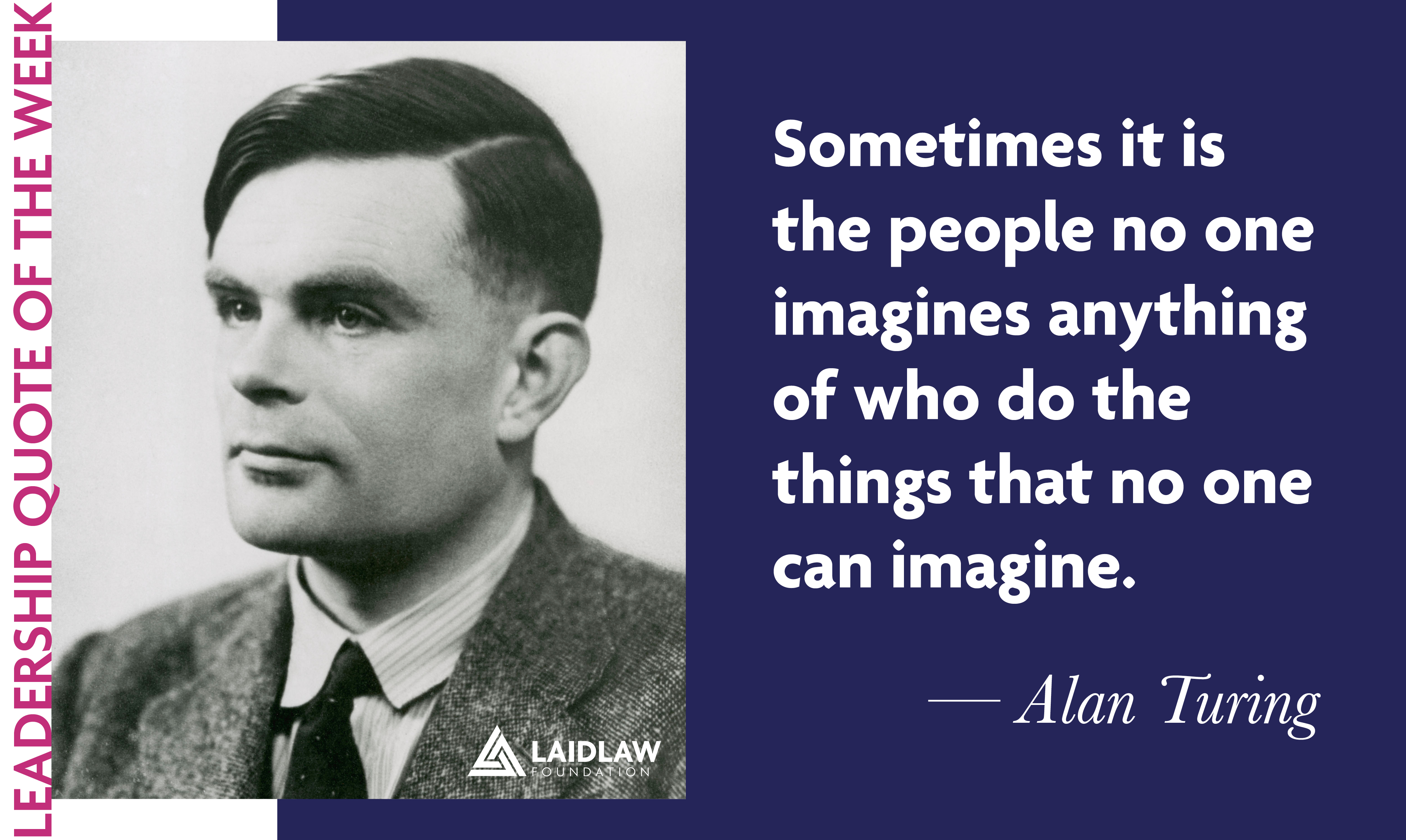 "Sometimes it is the people no one imagines anything of who do the things that no one can imagine."

Turing is widely considered to be the father of theoretical computer science and artificial intelligence. Despite his accomplishments, he was never fully recognised during his lifetime due to his homosexuality and because much of his work was covered by the Official Secrets Act. The "Alan Turing law" is now an informal term for a 2017 law in the United Kingdom that retroactively pardoned men cautioned or convicted under historical legislation that outlawed homosexual acts.

Your Setbacks Will One Day Help You Succeed
Computer Science Diversity and Inclusion Leadership
Leadership, Leadership Quote of the Week

Kayla Kim
Make the Tough Decision to Stand Up for Your Values
Business & Management Leadership Psychology
Leadership, Leadership Quote of the Week