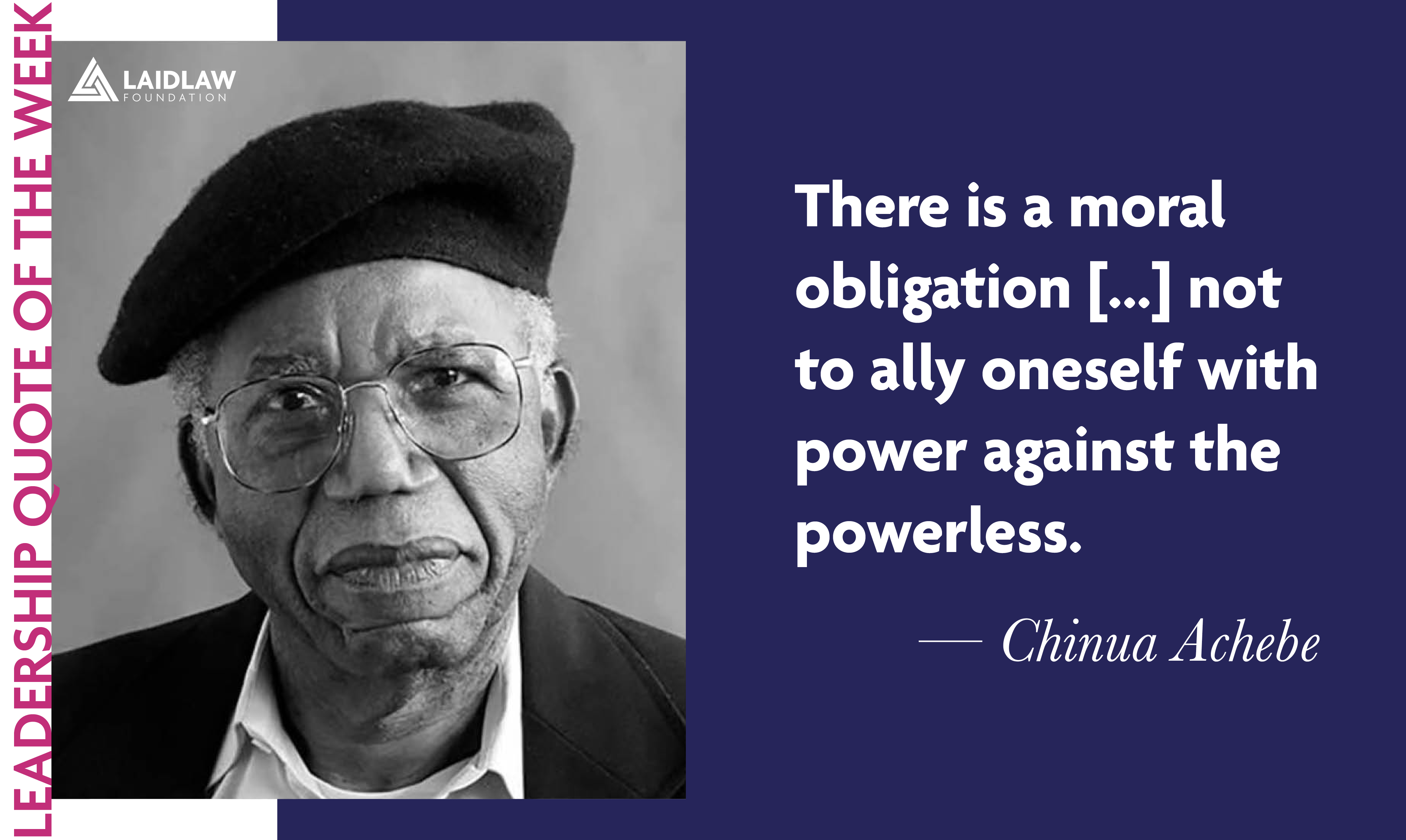 "There is a moral obligation [...] not to ally oneself with power against the powerless."

Chinua Achebe (1930-2013) was a Nigerian author and is considered to be the father of modern African literature. He famously refused the Nigerian national honour of Commander of the Federal Republic TWICE in protest over the country’s unethical governance.

Achebe is most well-known for his novel Things Fall Apart (1958)* which sold over 20 million copies globally and was translated into 57 languages, making Achebe the most translated African writer of all time.

Among his numerous accolades and awards are the Man Booker International Prize, the Commonwealth Poetry Prize, and the German Book Trade Peace Prize. Achebe became the first living writer to be represented in the Everyman’s Library collection published by Alfred A. Knopf, and was appointed Goodwill Ambassador to the United Nations Population Fund in 1999.

* Things Fall Apart is “the first novel in English which spoke from the interior of the African character, rather than portraying the African as an exotic, as the white man would see him,” according to Wole Soyinka, Nobel laureate.

Your Setbacks Will One Day Help You Succeed
Computer Science Diversity and Inclusion Leadership
Leadership, Leadership Quote of the Week

Kayla Kim
Make the Tough Decision to Stand Up for Your Values
Business & Management Leadership Psychology
Leadership, Leadership Quote of the Week