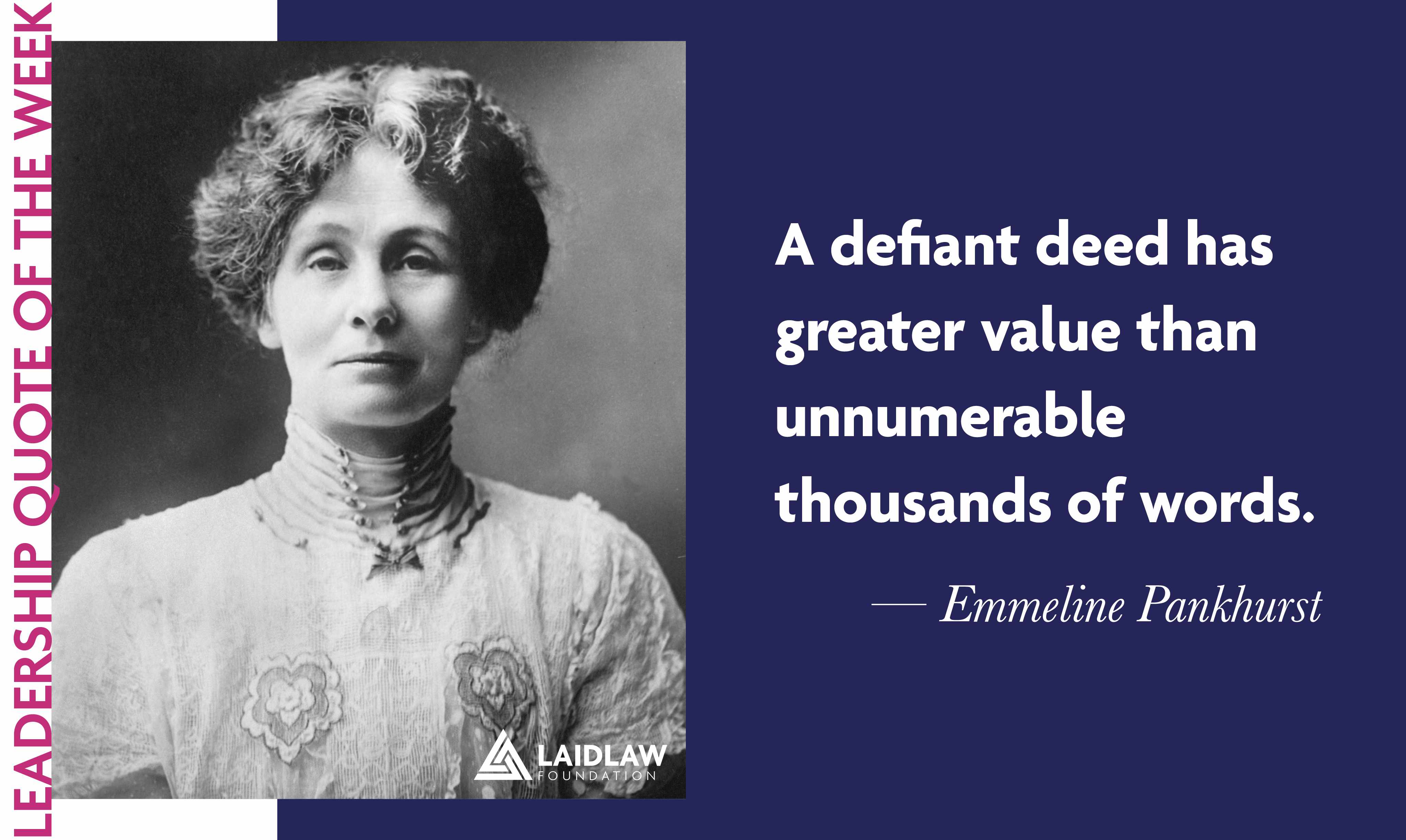 "A defiant deed has greater value than unnumerable thousands of words."

Emmeline Pankhurst (1858-1928) was a British political activist who is best remembered for organising the UK suffragette movement and helping women win the right to vote. Her 40-year campaign achieved complete success in the year of her death, when British women obtained full equality in the voting franchise.

Time named her as one of the 100 Most Important People of the 20th Century, stating that "she shaped an idea of women for our time" and "shook society into a new pattern from which there could be no going back." In 2002, Pankhurst was placed at number 27 in the BBC's poll of the 100 Greatest Britons. In January 2016, following a public vote, it was announced that a statue of Emmeline Pankhurst would be unveiled in Manchester in 2019, making her the first woman to be honoured with a statue in the city since Queen Victoria more than 100 years ago.