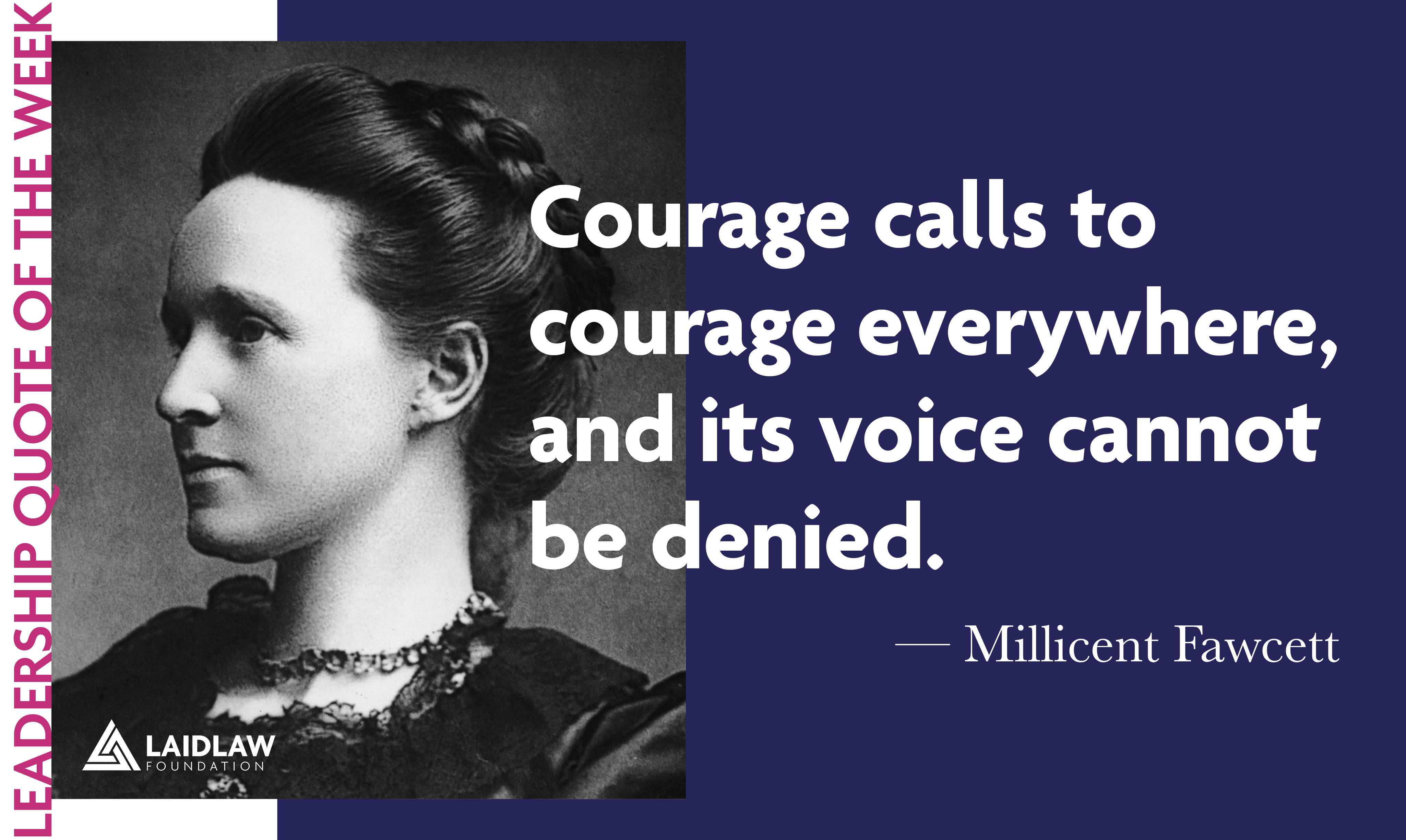 "Courage calls to courage everywhere, and its voice cannot be denied."

Millicent Fawcett (1847-1929) was an English political leader, activist, writer and feminist icon who led the movement for woman suffrage in England for 50 years. She also was a founder of Newnham College, Cambridge (established in 1871) - one of the first English university colleges for women.

In February 2018, Fawcett was announced as the winner of the BBC Radio 4 poll for the most influential woman of the past 100 year. That same year, 100 years after the passing of the Representation of the People Act, for which she had successfully campaigned, Fawcett became the first women to be commemorated with a statue in Parliament Square.