Champions Keep Playing Until They Get It Right 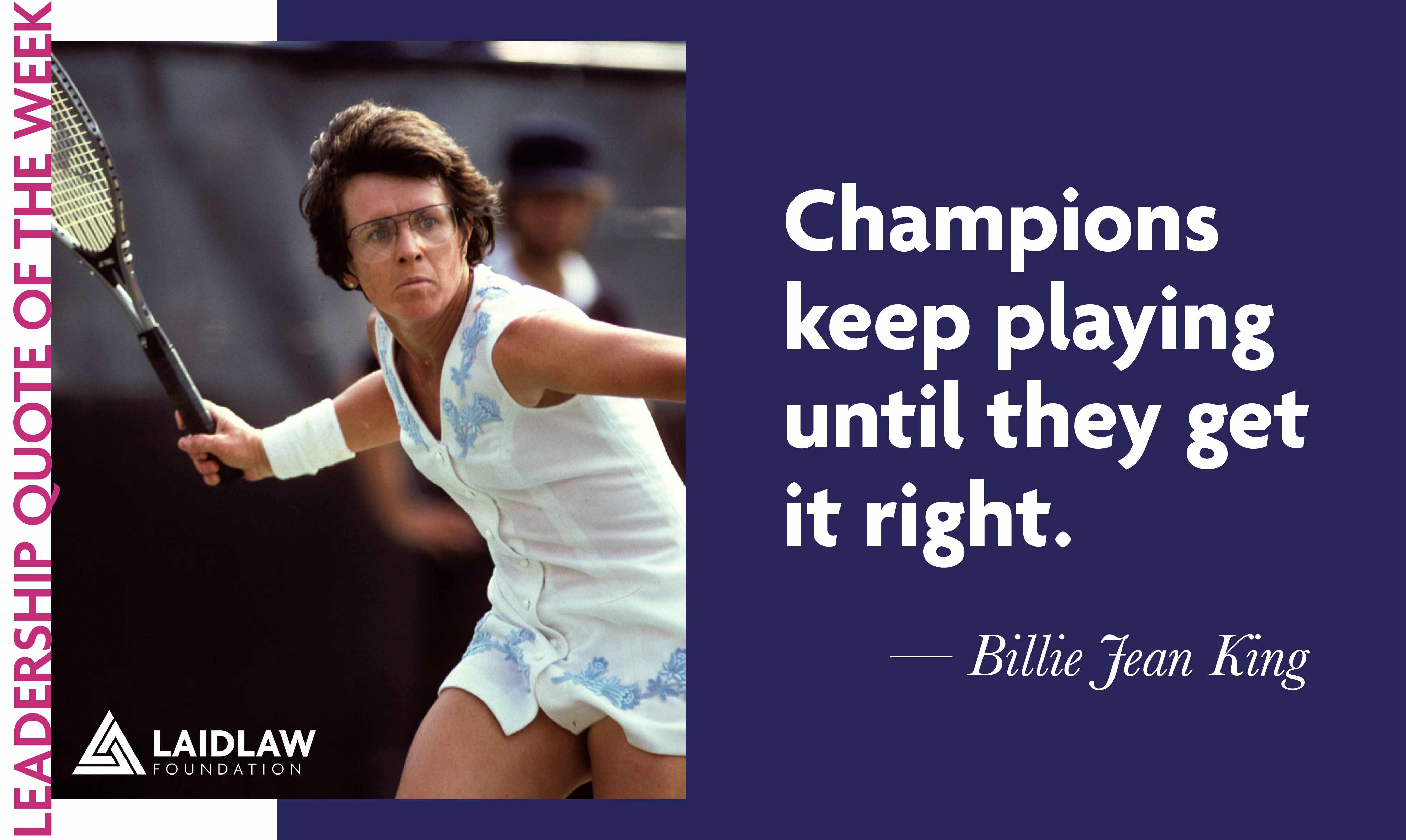 "Champions keep playing until they get it right."

King was inducted into the International Tennis Hall of Fame in 1987, and into the National Women's Hall of Fame in 1990. In 1972, she was the joint winner of the Sports Illustrated Sportsman of the Year award and was one of the Time Persons of the Year in 1975. She has also received the Presidential Medal of Freedom, and in 2018, she won the BBC Sports Personality of the Year Lifetime Achievement Award.